China’s Workforce – Past, Present, and Future Posted by sasha on May 1, 2015 in Uncategorized

In many countries around the world – including China – May 1st is celebrated as Labor Day (劳动节 – láo dòng jié). The date was chosen to commemorate the Haymarket affair which occurred in Chicago on May 4th, 1886. What started out as a peaceful rally pushing for an 8-hour work day ended in tragedy with a bomb blast that killed both police officers and civilians and wounded several. The holiday is also meant to honor laborers and the working class. In China, it’s only officially a one-day holiday, but people usually get three days in a row off by making up for it on the weekends before or after. On this day, let’s take a closer look at labor in China. 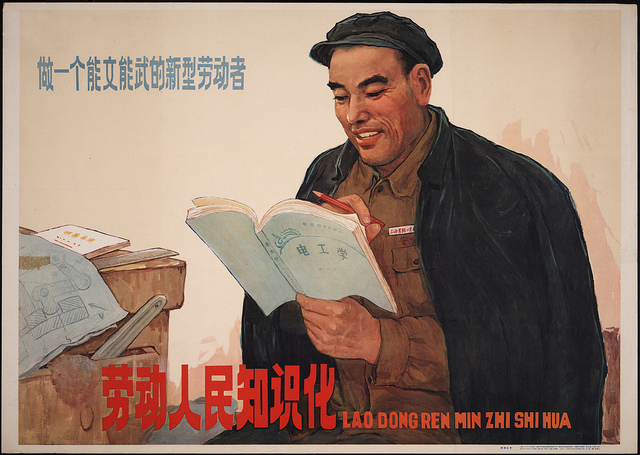 Long gone are the days of the Communist work unit (单位 – dān wèi) where people were assigned to a job for life, with each unit providing everything – housing, child care, schools, etc. These jobs were mostly with SOEs (state owned enterprises), and they were often referred to as an “iron rice bowl” (铁饭碗 – tiě fàn wǎn) – guaranteed job security with a steady income and benefits. Under that system, people had to get permission from their dan wei to get married or have children, allowing the government to strictly control its one child policy. During this time, movement was heavily restricted and the urban population was kept at around 20%.

Things started to change with Deng Xiaoping’s policy of “Reform and Opening Up” (改革开放 – gǎi gé kāi fàng) in 1978. His economic reforms – often referred to as “Socialism with Chinese characteristics”  (中国特色社会主义 – zhōng guó tè sè shè huì zhǔ yì) – led to competition between SOEs and private enterprises and eventually international companies. Not surprisingly, the state-owned companies lagged behind the competition. This led to tens of millions of layoffs in the traditional work units, while at the same time the growing economy demanded workers at the countless factories and construction sites in the cities. Population controls were finally relaxed, resulting in millions of rural laborers migrating to urban areas to fill these jobs.

China’s richest village, beneficiary of the Reform and Opening Up policies.

Whereas previously the work unit had been the key to social stability, the government decided to focus more on economic growth – if double digit growth could be maintained, China would remain a “harmonious society.” Of course, with rampant social divisions, labor shortages, and the ever-increasing problem of pollution, it’s clear that it’ll take more than just robust economic growth to maintain stability in China. 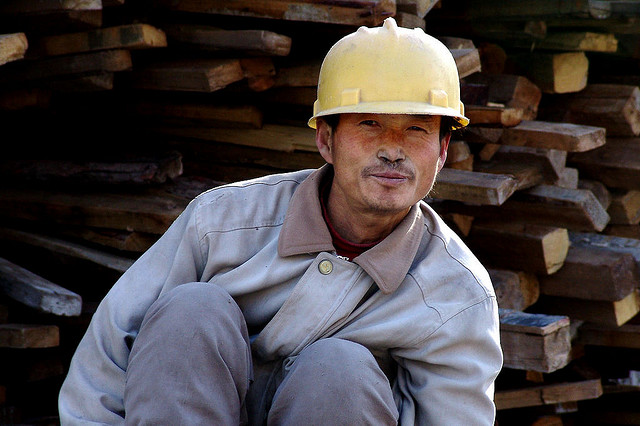 A construction worker in China.
Image by Saad Akhtar from www.flickr.com

As is usually the case when talking about China, the numbers are staggering. Here are some important facts and figures for understanding the workforce in China:

These numbers were compiled as of 2012 and have definitely changed a bit. For one, more and more migrant workers are leaving the farm to look for work in the cities. The number of working-age people is also decreasing with the greying of China. In fact, a quick search reveals that it fell to 915 million as of the end of 2014.

A look at the aging workforce in China. 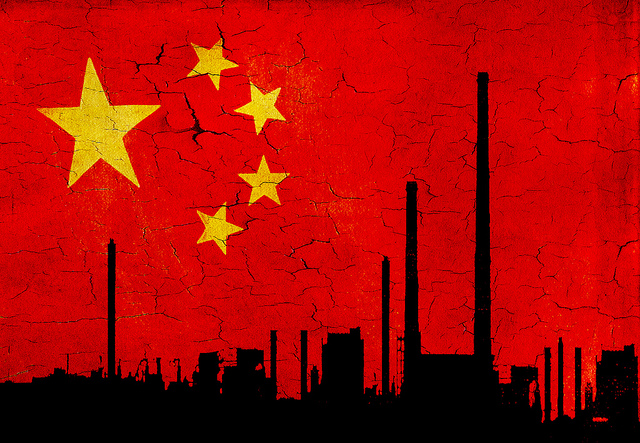 Image by AK Rockefeller from www.flickr.com.

Thanks to the success of the one child policy, there have been lower numbers of people entering the workforce. In addition, more young people are staying in school longer than they did in the past. The growing economy results in more demand for workers, especially in the coastal factories, but there just aren’t people to fill those jobs. Start looking at the labels for things you buy more carefully, and you’re sure to notice “Made in Indonesia” and “Made in Bangladesh” just as much if not more than “Made in China.” Those low-wage, grueling factory jobs are moving on rather quickly, but the high-skilled jobs are not being added quickly enough to replace them. Couple this with the greying population, and China definitely has some tough hurdles to jump moving forward.

A look at why some factories with job openings can’t seem to fill them.

It’s not just the disappearance of manufacturing jobs and the aging population that are concerns for the future, though. The higher education system in China has grown exponentially, but job opportunities and salaries for graduates have not. Companies are also complaining that graduates are not prepared for the job market and have unrealistic expectations. One job recruiter in Shanghai went as far as to say, ““College graduates these days think they’re really special. The problem is they’re the only ones who think that.”

Finally, there’s the ever-growing concern about pollution in China, highlighted by the recent documentary film “Under the Dome.” The powers that be may have taken the movie off of Chinese websites, but that will do little to alleviate the concern of China’s growing middle class about their children’s health and future with such massive environmental problems. Sure people have Audis, iPhones, and Starbucks now, but they also want their children to be able to play outside without fears of lung cancer. Moving forward, it seems inevitable that the environment will be a bigger concern for the average citizen than economic growth.

In the next post, we’ll take a closer look at working in China – hours, holidays, conditions, wages, and more. In the meantime, Happy Labor Day to all of those who work hard every day – you deserve this holiday!