Chinese Astronomy Lesson Posted by sasha on May 19, 2016 in Vocabulary

While it may not be the most useful thing to study when learning a new language, astronomy (天文学 – tiān wén xué) is certainly an interesting topic. When it comes to Chinese, learning the names of the planets and other astronomy-related vocabulary can help you become familiar with common characters that are used in a variety of ways. Let’s start out by learning the Chinese vocabulary for the solar system.

Image by Image Editor from flickr.com.

While it is true that Pluto has been demoted, we’re keeping the name there to make a point about language. Looking at the first five planets (excluding Earth), you’ll notice that the five Chinese elements are all used – water (水), metal (金), fire (火), wood (木), and earth (地). Each of these planets gets its name from an element plus the Chinese word for star (星). The last two planets (plus Pluto) got their names in the same way that they’ve been named in English – Uranus is the Creator God (天王), Neptune the God of the Sea (海王), and Pluto the God of the Underworld (冥王).

The Chinese Concept of Wu Xing 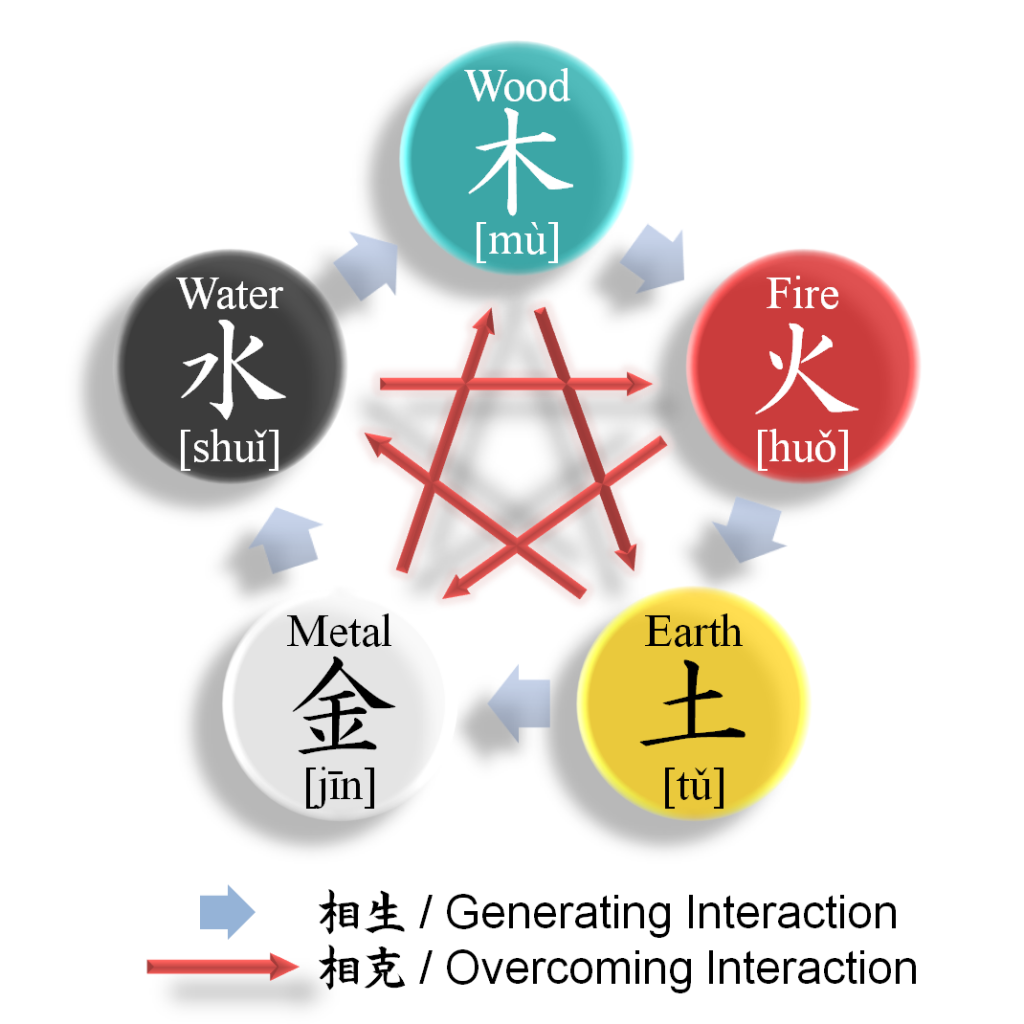 By Parnassus (Own work) [CC BY-SA 3.0 (http://creativecommons.org/licenses/by-sa/3.0)], via Wikimedia Commons

The Chinese concept of Wu Xing (五行 – wǔ xíng), or the Five Elements is used in many traditional fields to explain a wide variety of phenomena. The order in which they are presented is known as “mutual generation” (相生 – xiāng shēng) and is as follows: wood – fire – earth – metal – water. Wood feeds Fire, Fire creates Earth (ash), Earth bears Metal, Metal (trace elements) collects, enriches Water, and Water nourishes Wood. If that’s the case, then why are the planets named in this order – Water, Metal, Fire, Wood, and Earth? Well, to ancient Chinese astronomers, the planets that were brighter and larger appeared to be closer to Earth. Hence, Jupiter was first (Wood), followed by Mars (Fire), Saturn (Earth), Venus (Metal), and Mercury (Water).

While that’s a good start, why not learn some more astronomy vocabulary?

As I mentioned, there are lots of Chinese characters here that you’ll use in other ways. For example, the word for moon (月) is also the word for month. The character meaning star (星) is used in the Chinese word for week (星期). Of course, learning the characters for the five elements is also really handy, as you’ll see them quite often. Even though you may not find yourself chatting about astronomy in Chinese anytime soon, hopefully you had some fun with this lesson, learned a bit of Chinese culture/history, and realized how useful it is learning common Chinese characters.