Chinese New Year Around the World Posted by sasha on Feb 4, 2016 in Culture

The Chinese New Year falls on February 8th this year, and the largest annual human migration on Earth is underway in preparation for it. Train stations, airports, and roads all across China are packed with people trying to get home to ring in the Year of the Monkey with their loved ones. The 15-day Spring Festival is far and away the most important holiday in Chinese culture, and it involves many traditions and superstitions. All across the country, people will be tuned in to the CCTV New Year’s Gala, kids will be opening their red envelopes and counting their lucky money, and fireworks will fill the sky night after night. While this holiday is obviously huge in China, how is it celebrated in the rest of the world? Let’s take a look at how countries around the globe ring in the Chinese New Year: 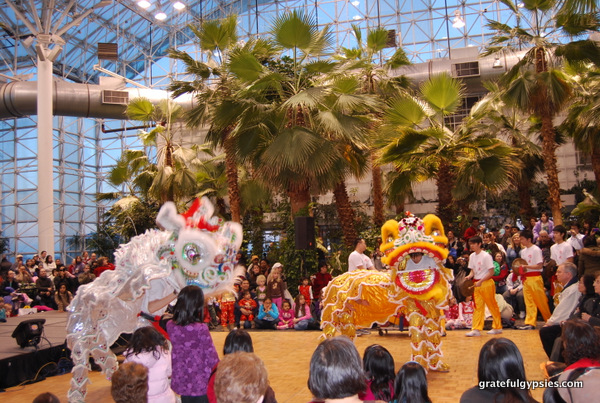 Not surprisingly, the biggest places to celebrate Spring Festival in North America are those with the largest Chinese populations. Cities such as New York, Chicago, San Francisco, Toronto, and Vancouver all have large celebrations for the holiday. As a matter of fact, NYC declared the lunar New Year a school holiday last year, reflecting the growing population of Asian students in the city’s schools.

While New York certainly throws down for CNY, nobody in North America goes quite as big as San Francisco. The city’s Chinese New Year Festival and Parade is the largest Asian cultural event on the continent, and is also one of the oldest and largest outside of Asia. 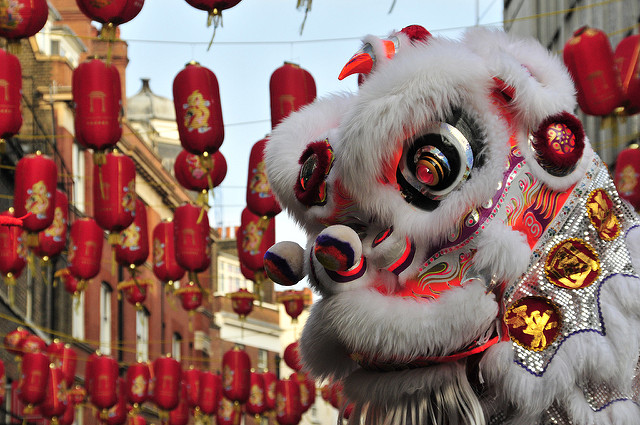 A dragon in London.
Image by Paul from flickr.com.

London certainly gives San Francisco a run for its money when it comes to CNY celebrations. The English capital also claims to have the largest event outside of Asia, as it plays host to a huge parade starting in Trafalgar Square and ending in the city’s Chinatown.

London isn’t the only European city that celebrates Spring Festival, though – Paris, Brussels, Amsterdam, and Rome also host events, for starters. Wherever you are in Europe, chances are you’re not too far away from a Chinese New Year parade. 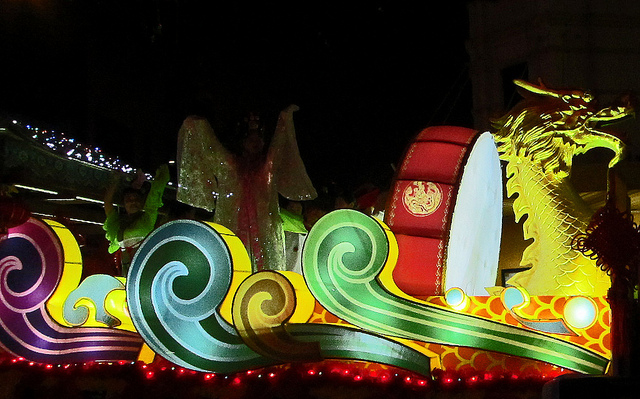 With one of the largest Chinese populations outside of Asia, it should come as no surprise that Sydney hosts some pretty epic Spring Festival celebrations. Festivities span a few weeks and include outdoor markets, dragon boat races, and opera performances. The stunning Twilight Parade caps it all off, which features thousands of performers and attracts over 100,00 people.

See a bit of the awesome Twilight Parade in Sydney. 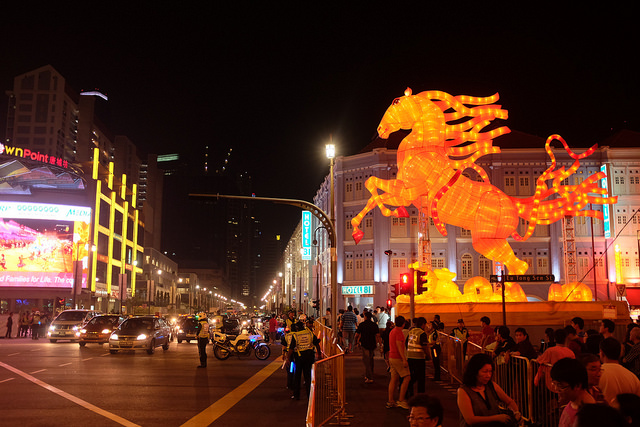 The biggest celebrations for CNY in Southeast Asia occur in Malaysia and Singapore. Both countries have Chingay Parades – full of street performances and art. The name is derived from the Chinese term 妆艺 (zhuāng yì), meaning “the art of masquerading.” It’s quite the elaborate event, attracting thousands of people. Just see for yourself with these highlights from Singapore in 2014:

For a funny look at the types of people you encounter during Chinese New Year, check out this hilarious video from Singapore-based Cheokboard Studios:

As you can see, there’s no shortage of places to celebrate Chinese New Year around the world. Wherever you happen to be ringing in the Year of the Monkey, we’d like to say…