Exploring Wuhan Posted by sasha on May 12, 2016 in Uncategorized

The provincial capital of Hubei, Wuhan (武汉 – wǔ hàn) is an ancient city that has long been a center of learning, especially the arts. It would be the capital of central China if there were such a thing – it’s the political, economic, financial, cultural, educational and transportation center of the region. Let’s take a closer look at this Chinese mega-city and see what you can do with a short visit there.

Three Cities in One 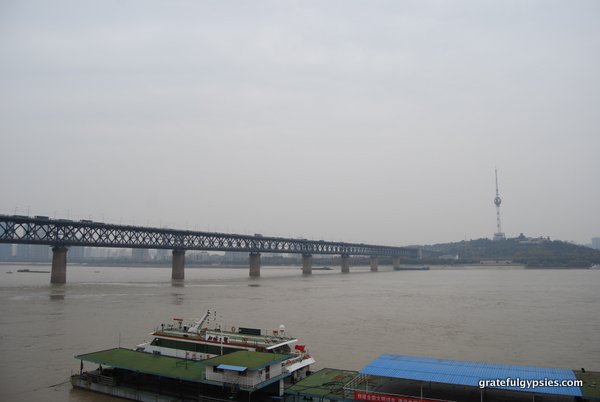 Along the Yangtze River

It was once three separate cities – Wuchang, Hankou, and Hanyang – and these remain distinct areas thanks to geography. Both the Yangtze River (长江 – cháng jiāng) and Han River (汉江 – hàn jiāng) run through the city, separating the three areas and earning Wuhan the nickname “River City” (江城 – jiāng chéng). Generally speaking, each area has its own specialty – Hankou is business, Wuchang is education, and Hanyang is industrial.

The Chicago of China 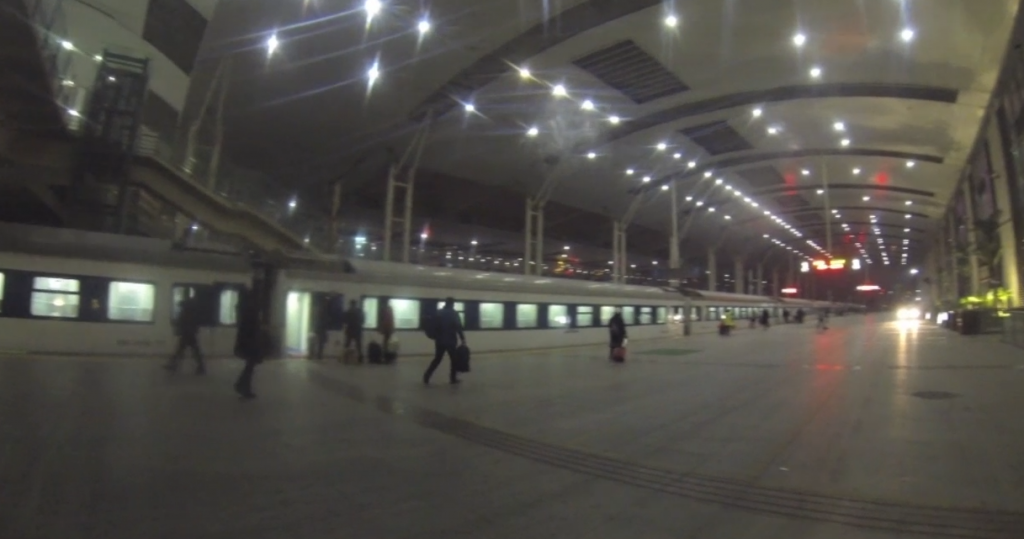 Thanks to its location, Wuhan is a major transportation hub. There are countless railways, roads, and expressways cutting through the city going to all points across China. From here, you can catch a flight, train, or bus to just about anywhere. Thanks to its important role in domestic transportation, Wuhan is sometimes referred to as the “Chicago of China.” If you’re thinking about making a train trip across China, this is a great place to stop. High speed trains connect the city with Beijing, Xi’an, Shanghai, Guangzhou, and more. 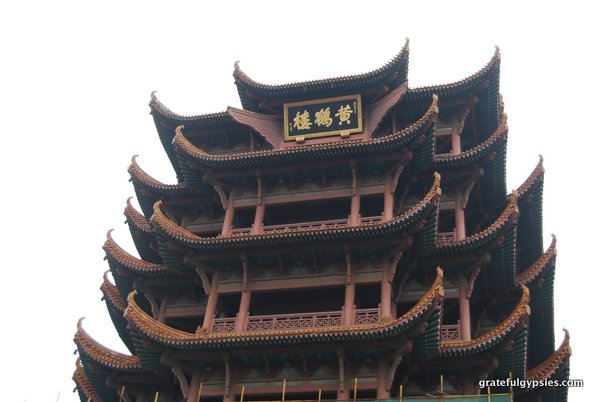 The most famous attraction in the city is without a doubt the Yellow Crane Tower (黄鹤楼 – huáng hè lóu). First built in 223 as a watchtower, it was destroyed by fire and warfare numerous times. The modern reincarnation was built in 1981, and is based on the design from the Qing Dynasty. It was made famous by the poet Cui Hao (崔颢), who penned a beautiful poem named after the tower: 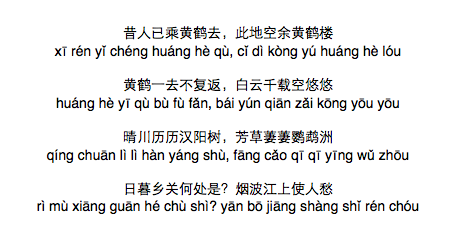 Long ago one’s gone riding the yellow crane, all that remained is the Yellow Crane Tower.
Once the yellow crane left it will never return, for one thousand years the clouds wandered carelessly.
The clear river reflects each Hanyang tree, fragrant grasses lushly grow on Parrot Island.
At sunset, which direction leads to my hometown? One could not help feeling melancholy along the misty river. 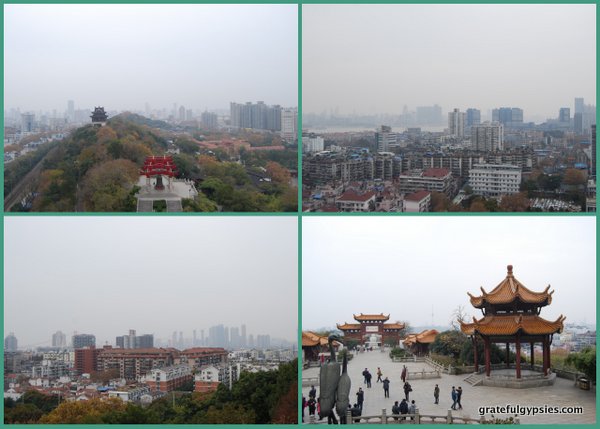 Sitting atop the Snake Hill (蛇山 – shé shān), the Yellow Crane Tower offers great views of the city (that is, if the smog isn’t so thick as to obstruct them all). 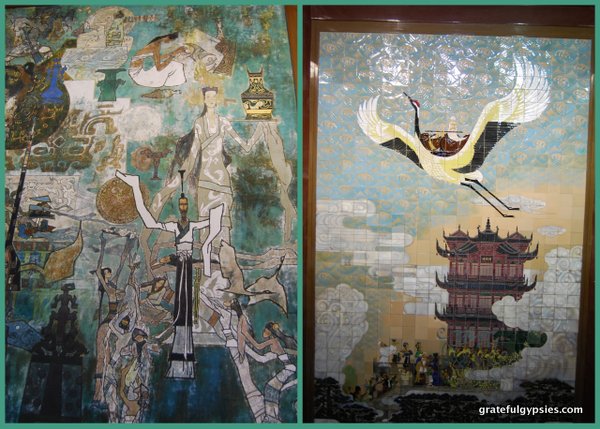 Artwork inside the tower.

Inside of the tower, you’ll find beautifully painted porcelain images. Aside from these, there really isn’t a whole lot to see. At 80 RMB/person, it’s quite a steep entrance fee – more than the Forbidden City or Great Wall – and not exactly worth it if you ask me. 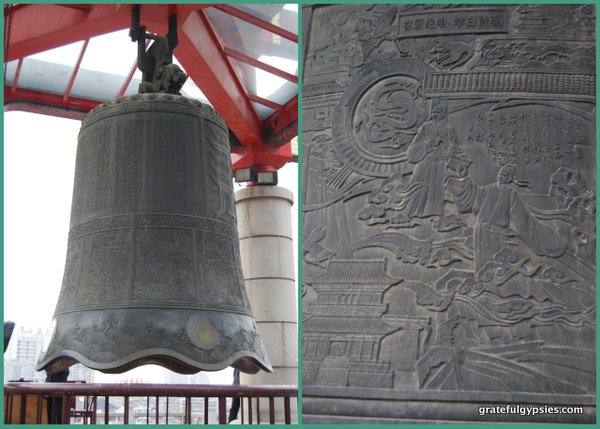 You could ring my bell.

In front of the tower, there’s a massive bell that people pay a few kuai to ring. There’s also a small bowl under the bell that people try to throw coins into for good luck. You’ve got to hand it to China – they’re always coming up with clever ways to get you to part with your money. 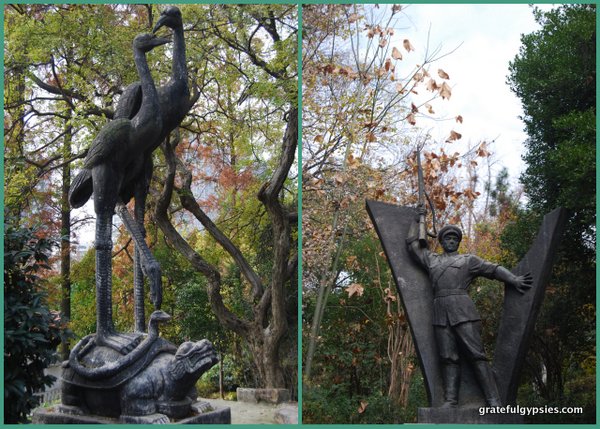 A walk in the park.

Leaving the tower, you can stroll through Shouyi Park (首义公园 – shǒu yì gōng yuán), which thankfully doesn’t have an entrance fee. It’s a quiet, pleasant, green space in an otherwise crowded and dirty city, and makes for a nice walk. 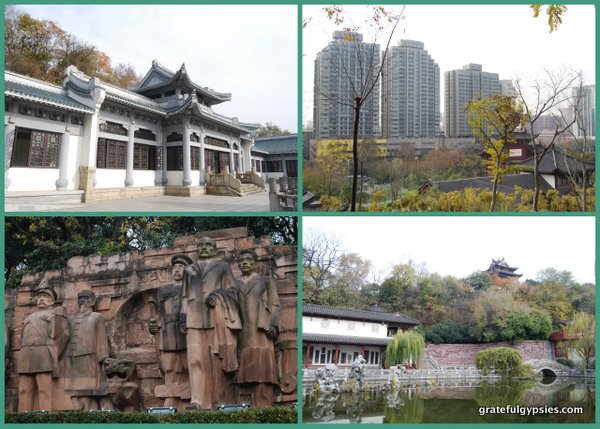 Scenes of the park.

As is usually the case in local parks, people gather here to play games, sing, or just chat. Far removed from the gaudy shopping malls and high-rises that now dominate cities across the country, these parks remain one of the best places to experience traditional Chinese culture. 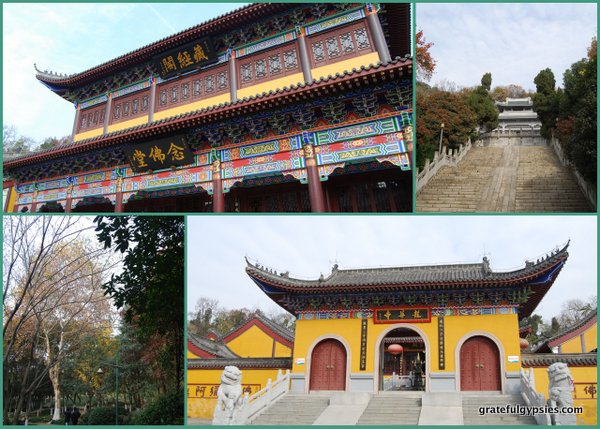 Other sites within the park include the Longhua Temple (龙华寺 – lóng huá sì) and the Martyr’s Shrine (烈士祠 – liè shì cí). Apparently, Longhua was once the largest Buddhist temple in the city. There are certainly bigger (and more crowded) temples in the city now, but this one is beautiful and quiet. 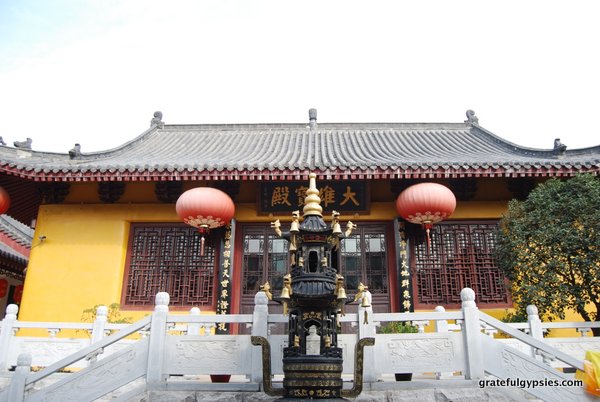 Peace and quiet at the temple. 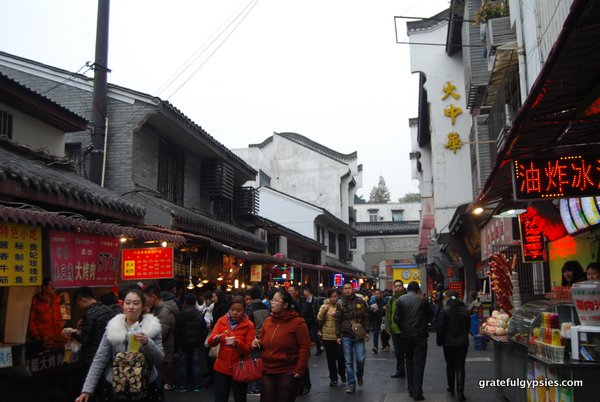 Of course, it wouldn’t be a Chinese city without a snack street. Head to Hubu Alley (户部巷 – hù bù xiàng) to fill up on all sorts of tasty treats, from squid skewers, to dumplings, to pig’s feet. Eating in the street in China is always an adventure! 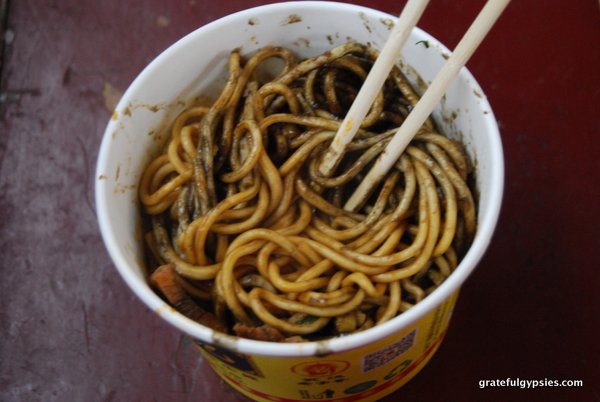 The local specialty in Wuhan is hot-dry noodles (热干面 – rè gān miàn), so make sure you try a bowl. They aren’t the best noodles in China, but they make for a good, cheap, and filling lunch. 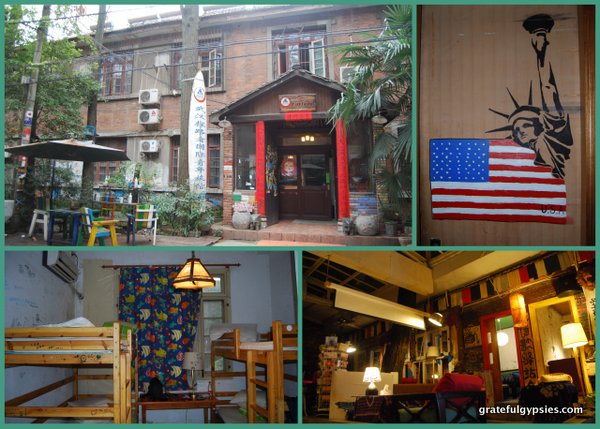 If you’re a backpacker such as myself, look no further than the Pathfinder International Youth Hostel (探路者国际青年旅舍 – tàn lù zhě guó jì qīng nián lǚ shě). They’ve got a wide variety of rooms, both dorm and private, a nice chill-out area with free WiFi, and a bar/restaurant. Just keep in mind that there’s no central heat in this part of China. A wall unit helps a bit, but it can get pretty chilly inside during the winter months so layer up!