How to Use the Adverb 究竟? Posted by Ayana on Aug 6, 2018 in Vocabulary 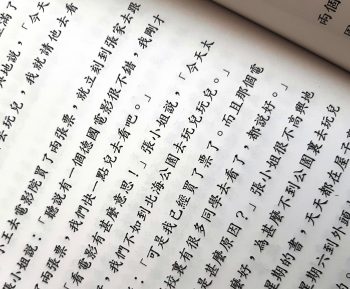 In our few latest posts, we’ve taken a closer look at some new Chinese vocabulary. We’ve learned to build sentences with the word 压力; to use the verb 熟悉; to emphasize contrast with the conjunction 即使; and learned about different uses of the character 老.

究竟(jiùjìng) is an adverb, meaning “after all”, or “actually”. As an adverb its usages are sometimes more ambiguous than that of a noun, verb or adjective, so understanding the context is important. 究竟 functions the same in a statement or a question, but stresses a different aspect in each.

Used in a question:

究竟intensifies the question and gives emphasis to the interrogative tone. It means “actually”, or “exactly”, and it’s used to press for an exact answer. The Chinese definition of 究竟 in a question says: 用在问句里表示追究 (yòng zài wèn jù lǐ biǎoshì zhuījiù). Meaning: in a question, 究竟 is used to investigate. For example:

What exactly do you want?

What exactly did he do to you?

Whatever does this mean?

Who is actually going to the meeting tomorrow?

Used in a statement:

In a statement, 究竟 is used for pointing out the already known. It doesn’t reveal any new information, but accentuates the already acknowledged matter. It means “after all”, and is similar in its meaning to other adverbs, such as: 到底 (dàodǐ, meaning “after all”) and 毕竟 (bìjìng, meaning “actually”). For example:

Please forgive me, after all, he is still a child.

He is your younger brother, after all.

After all, he is very experienced, so it is only suitable to put him in charge of the job.

No wonder she speaks very politely, she is a highly educated person, after all.

When struggling to speak in a new language, it can be hard to speak eloquently. You basically just wish to be understood, and to keep on with the conversation. Adverbs like 究竟 are cast aside in the name of fluency. It’s OK to leave this word for reading practice only at first. But my tip is to try use it when you find the right occasion. Until then keep practice, read it over and over, and try to make your own sentences with 究竟. And always remember –好好学习，天天向上！