Libraries in China Posted by sasha on Apr 8, 2021 in Culture, Language, Literature, Vocabulary

In case you didn’t know, this week is Library Week in the United States. As such, we’re taking a look at libraries in the different countries represented on the language blogs here. In this post, we’ll learn all about libraries in China, starting with a bit of vocabulary. 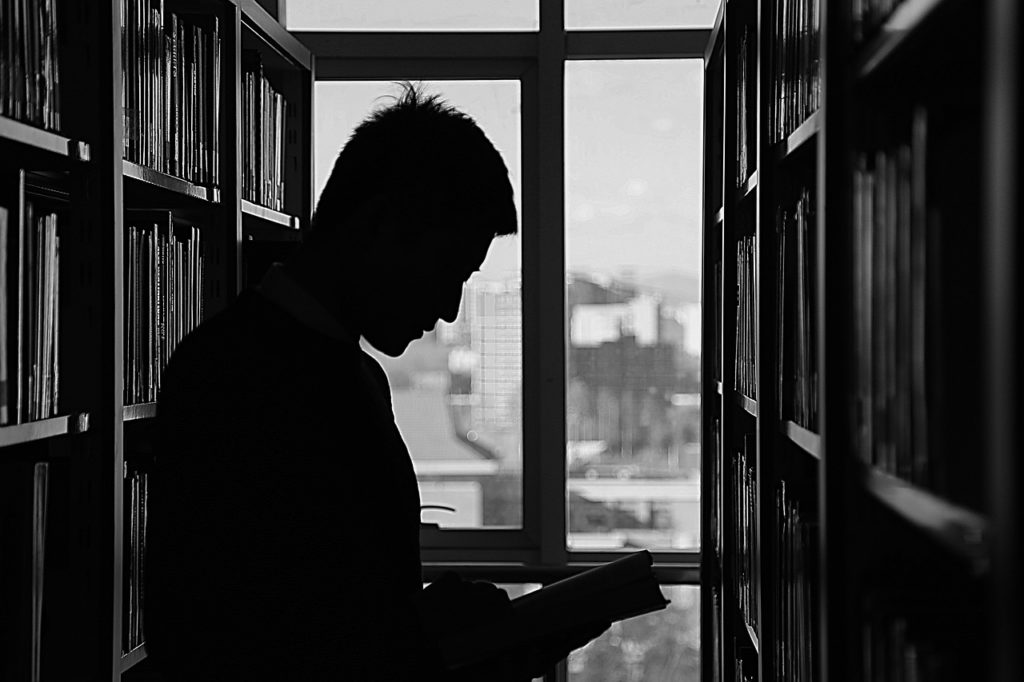 First of all, let’s begin with the most important vocabulary word of the lesson. Here’s the Chinese word for “library:”

If you look at each character in the name, it makes perfect sense: 图 means map/chart, 书 means book, and 馆 means shop/establishment. As usual, the Chinese language pretty accurately and efficiently explains something!

You’ll need more than just one word for a trip to a library, though. Here’s some more Chinese library vocabulary for you to study:

That’s a pretty solid list of vocabulary for going to libraries in China. Here are a few sample sentences where you can see some of those words in action: 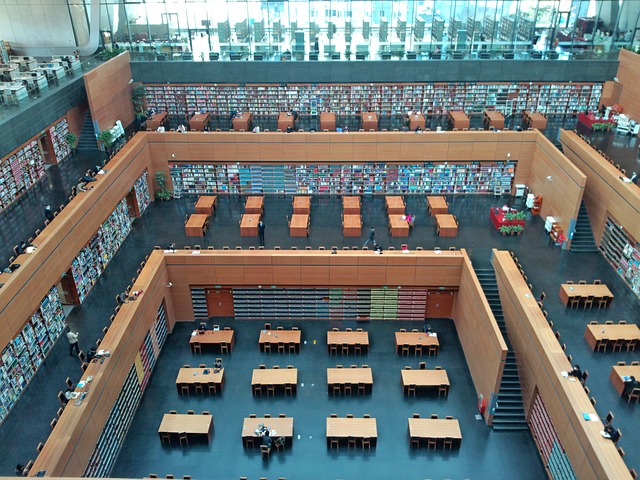 Image by frankzhoucn from Pixabay

As with most things in China, the history of libraries goes way back. I’m talking way back to the Shang Dynasty (商代 shāng dài), which lasted from 1600-1046 BC. These ancient libraries were built to store and organize official records written on oracle bones (甲骨 jiǎ gǔ).

In the subsequent Zhou Dynasty (周朝 zhōu cháo) (1046-256 BC), there were a few different types of collections that would be considered libraries today. These were: private, official, college, and monastery collections. These different book storage facilities had systems of collecting and classifying documents, which were mostly written by hand on bamboo.

A major development for the written word in not just China but the entire globe came when a commoner named Bi Sheng (毕昇 bì shēng) invented the world’s first movable type. This is considered one of the Four Great Inventions (四大发明 sì dà fā míng) of China, along with the compass, gunpowder, and paper making.

Despite this breakthrough invention, most libraries in China were still private collections of scholars and elites. The first modern library in the country was the Shanghai Xu Jia Hui Library (上海图书馆徐家汇 shàng hǎi tú shū guǎn xú jiā huì). It was founded in 1847 by Jesuit missionaries and it remains a part of the Shanghai library system to this day.

The growth of libraries across the country was slow, however. During the Qing Dynasty (清代 qīng dài), many regulations and policies were established for managing libraries. This resulted in the rapid expansion of the library system across the country. Unfortunately, many were destroyed in the wars that ravaged the country in the 1930s-40s.

After the founding of the modern day People’s Republic of China, the National Library of China (中国国家图书馆 zhōng guó guó jiā tú shū guǎn) was established. It had previously been known as the Imperial Library of Peking (京师图书馆 jīng shī tú shū guǎn). With a collection of over 37 million items, it’s the largest library in Asia and one of the largest in the world. You can enjoy a virtual tour of the library in this video:

For a fun Chinese reading and listening exercise, I also recommend watching this video where an American student travels to the National Library to learn about the history and progression of Chinese characters. It’s a bit cheesy, but it’s interesting and good practice nonetheless.

The development of libraries in China hit another roadblock during the disastrous Cultural Revolution (文化大革命 wén huà dà gé mìng) led by Mao Zedong. The number of libraries decreased year after year during this bleak period in China’s history.

It wasn’t until the Reform and Opening Up (改革开放 gǎi gé kāi fàng) period of the late 70s and early 80s that libraries in China really began to take off. Government leaders realized they needed to develop the library system in the country and thus poured a lot of energy and resources into doing so. Especially at major universities, libraries in China have developed at break-neck speed since that time.

Another major milestone for Chinese libraries came in 2018 with the passage of a new law. This law states that governments at the county level or higher are required to set up libraries that provide reading services and spaces for the public for free. You can read more about this landmark legislation here.

When it comes to modern libraries in China, it’s hard to top the Tianjin Binhai New Area Library (天津滨海新区图书馆 tiān jīn bīn hǎi xīn qū tús hū guǎn). This impressive structure is commonly known as “the City Eye” (城市之眼 chéng shì zhī yǎn), and you’ll realize why once you take a look at it. 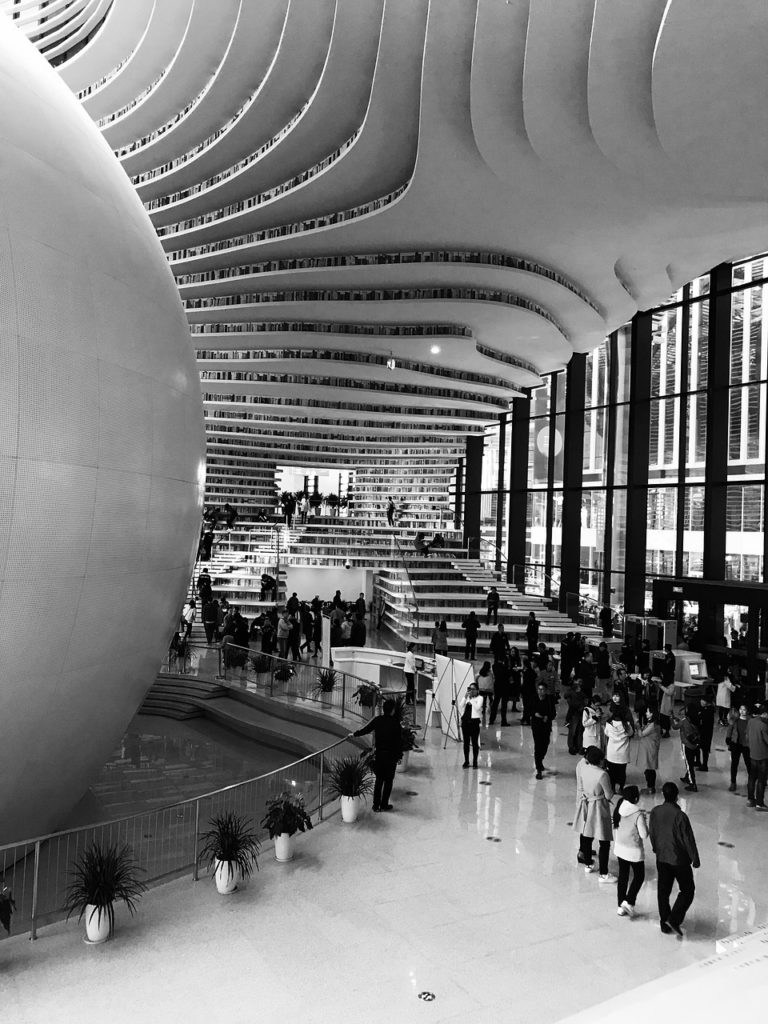 Image by sherry xie from Pixabay

These days, there are around 3,000 libraries across China. If you’d like to visit one on your trip to China, you can find a detailed list of some of the major libraries here. If you’re interested in learning more about “the City Eye” library, you can also check out this cool video from Design Asia: