Location Words in Chinese (Part One) Posted by sasha on Jun 27, 2016 in Uncategorized

Grammar may not be fun, but it sure is important. While I much prefer introducing our readers to beautiful places and giving cultural insights, I’m also here to help you in your quest to learn Chinese. Thankfully, Chinese grammar is quite simple – at least compared to many other languages, especially English! Today, we’re going to look at location words in Chinese and how to use them. To start, let’s learn a really important character:

This means “in” or “at,” or basically “to be located somewhere.” It’s in both the question and answer when asking “Where is/are…?” Take a look at this example: 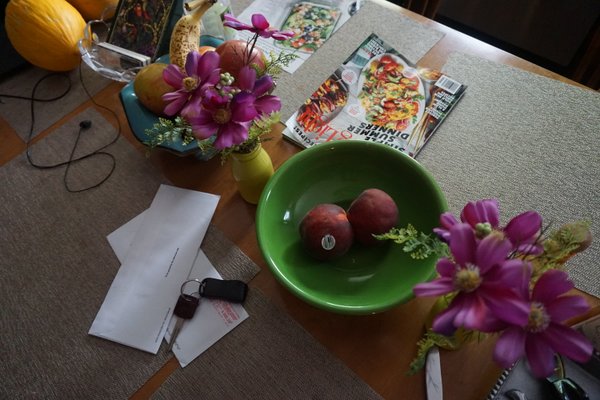 Whenever you’re asking for the location of something in Chinese, you’ll ask “…在哪里?” Now let’s take a look at how to answer the question and what words to learn.

Here are the 12 main words that you’ll want to remember when talking about location:

If you’ll look back to the example question above, you’ll see one of these characters was used in the answer: 在桌子上. Directly translated, this is “at-table-on,” meaning “They’re on the table.” Based on that formula, take a guess as to how you’d answer “They’re under the table.” What do you think it is?

These are very simple examples, but sometimes we have to add another character to the end of the sentence.

Oftentimes, one of these two characters is added after a direction word, i.e.:

Basically, you can use either/or for all of the twelve words above. It’s not always necessary, though, as I’ve shown in the previous example. In spoken Chinese it’s rare to add either of these characters to 上 or 下. Generally speaking, though, it doesn’t matter which one you use. People will understand you either way.

There are a few other words we can learn here that are special cases:

We’ll get into some more detailed grammar in the second post, but for now that’s enough to study. To practice what’s been covered in this post, try translating these into Chinese. Remember, there’s usually two different ways to answer.

I’ll give answers as well as some more grammar instruction in the next post, so check back in a few days.