Swear Words in Chinese Posted by sasha on Mar 6, 2012 in Culture, Vocabulary

Normally, we try to keep it pretty PG around here on the Chinese blog, but the readers have spoken, and people want to learn how to say bad words (坏语 – huài yǔ) in Chinese. That should come as no surprise, since I’m sure most of us would admit that we always seek out the profanity when studying a language. Especially here in China, when your standing as a 老外 (foreigner) always leaves you prone to being ripped off and taken advantage of, it’s nice to be equipped with a few insults to throw back to show that you’re not fresh off the boat, and you’re not messing around!

Not surprisingly, in Chinese, a lot of the most hurtful insults have to do with someone’s mother, or their ancestors. Think “Yo mama” jokes in English, only much worse. Chinese learners should be warned, though, that hurling some of these insults someone’s way could lead to more trouble than is really worth. If a cab driver scams you for 10 kuai or so, it’s not worth it to kick in with the mother and ancestor related insults. I’ve seen plenty of fights get started over these, so proceed with caution. Anyway, here are some of the most commonly used swear words that fall into that category:

他妈的 (tā mā de) – This is a common translation of the English equivalent of “f***,” “shit,” or “damn it.” It literally translates as “his mother’s.” Way back in the 1920s, a famous Chinese writer joked that this should be the country’s national curse word. Keep your ears open, and you’ll probably hear this more than a few times everyday, especially in the big cities. 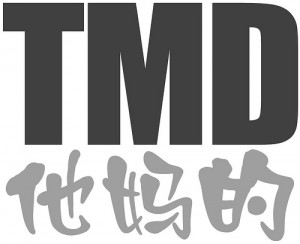 TMD, as it can be written online.

去你妈的 (qù nǐ mā de) – Whereas the first phrase can simply be used as an exclamation, like when you stub your toe or get cut off on the road, this one is more of a direct insult to someone, and it basically means “f*** off.” It literally translates as “go to your mother.”

肏你妈 (cào nǐ mā) – Now we’re getting really serious. This means “f*** your mother,” and will only be used when people are really, really angry with someone else. This is the kind of talk that can get a bottle of Yanjing beer thrown at you.

肏你祖宗十八代 (cào nǐ zǔ zōng shí bā dài) – This is basically the granddaddy of them all. It means “f*** your ancestors to the 18th generation.” As Chinese have deep respect for their ancestors, this will certainly do more than offend someone, and it will almost definitely result in a fight of some sort.

For some reason, there are plenty of insults in Chinese having to do with eggs. This may have something to do with one particular insult that goes back to the Song Dynasty: 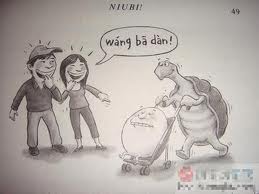 王八 (wáng bā) – This can be translated roughly as “bastard.” Be careful when telling a cab driver that you want to go to an Internet bar (网吧 – wǎng bā), as this word has similar pronunciation. In Chinese, 王八 is slang for “tortoise,” and as a tortoise is associated with promiscuity, this word basically insults someone’s mother/grandmother/etc. This brings us to the use of the character for “egg.”

王八蛋 (wáng bā dàn) – If you use this, you’re basically calling someone a “son of a bitch.” Calling someone a turtle egg is a roundabout way of saying that their mother or grandmother was, well, you know…

龟蛋 (guī dàn) – This literally means “turtle egg” and can be used in the same fashion.

混蛋 (hún dàn) – As this translates as “mixed egg,” it means that someone’s mother mated with two men in quick succession, thus meaning that the person has two biological fathers.

坏蛋 (huài dàn) – Literally meaning “bad egg,” this is used to call someone a wicked or just downright bad person. Not quite offensive as the others, this one can be used without fear of causing a fight.

笨蛋 (bèn dàn) – A “stupid egg,” this term is used to call someone a fool/idiot/moron/etc.

滚蛋 (gǔn dàn) – A “rolling egg,” you can use this to tell someone to piss off. Alternatively, you can also say 滚开 (gǔn kāi). I use this to ward off hawks and beggars on the streets, especially around big tourist attractions where they refuse to leave you alone.

二屄 (Èr bī – or just 2B online) – This means “double vagina” and is used to call someone the equivalent of a “f***ing idiot.”

傻屄 (shǎ bī) – Literally meaning “stupid vagina,” I’m sure you can guess what calling someone this name means. I’ll give you a clue – it rhymes with stupid bunt, and most ladies would slap you for saying it.

卖豆腐 (mài dòu fu) – “Selling tofu” is used as a euphemism for prostitution. As such, be careful when you go to the local vegetable market to inquire about whether or not they sell tofu. Maybe it’s best to just ask – 你有豆腐吗? (Do you have tofu?)

吃豆腐 (chī dòu fu) – On the other hand “eating tofu” is used to describe a man who is a pervert, who will try to touch women against their will.

公共汽车 (gōng gòng qì chē) – Calling a lady a “public bus” means that everyone gets a ride. You catch my drift?

花花公子 (huā huā gōng zǐ) – Used for guys, the “flower flower prince” means playboy, and can be used with either a negative or positive connotation, just as in English.

炒饭 (chǎo fàn) – While these two characters together normally mean “fried rice,” they also have a double meaning – “to have sex.” 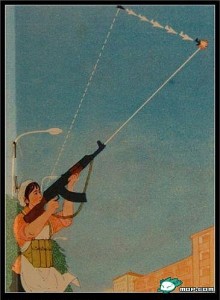 “How to hit the airplane.” 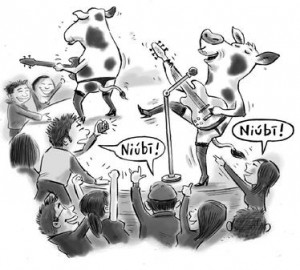 That concert was such a cow’s vagina!

二百五 (Èr bǎi wǔ) – Calling someone “250” basically means they are stupid, useless, good for nothing, etc. 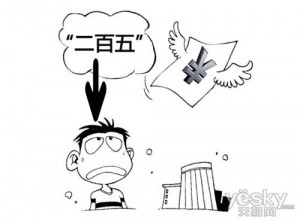 戴绿帽子 (dài lǜ mào zi) – If a man is “wearing a green hat,” that means his wife/girlfriend is cheating on him. I wrote a post about this one and 250 a while back, which you can find here.

While there are plenty more swear words out there in Chinese, I’d say this is a solid enough base. You won’t get very far equipped with only these words and phrases, though. In fact, you may find yourself in a hospital or a Chinese jail. So why don’t you really learn Chinese with us?