Why I Moved from Beijing to Kunming Posted by sasha on Nov 10, 2014 in Uncategorized

Last year, my girlfriend and I made the decision to leave our good jobs, nice apartment, and generally awesome life in Beijing to go on an extended backpacking trip and eventually end up down in southwest China in Kunming, the provincial capital of Yunnan. For our last few weeks in Beijing, our students kept asking why we were leaving our comfortable lives in the capital to move to what most would describe as a third-tier city. Since we arrived in Kunming two months ago, we’ve also been asked by many people here why we left Beijing and chose the Spring City for our next home. I’ve given it some thought, and here are my reasons for the move. My experience might help those who are pondering a move to China decide between one of the major cities or a smaller one.

Why I Left Beijing 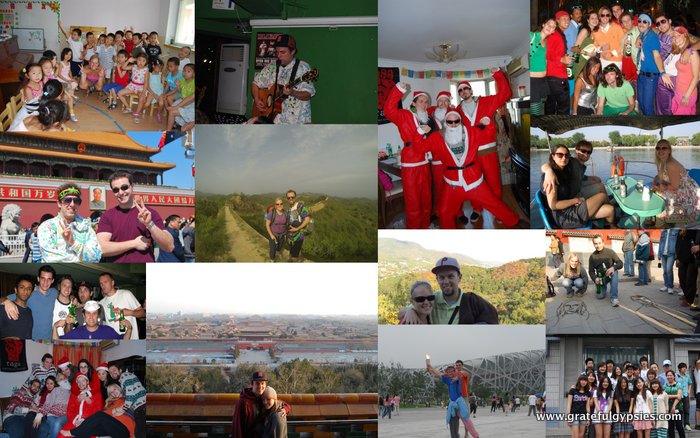 Lots of good times were had in Beijing.

Let me preface this part by saying that I had some of the best years of my life in Beijing. It will always feel like a second home for me, and it’s without a doubt one of my favorite cities on Earth. That being said, after 4.5 years of living and working there, I was ready for a change of scenery. There were many factors that lead to our decision to move, but here’s a summary of the main points: 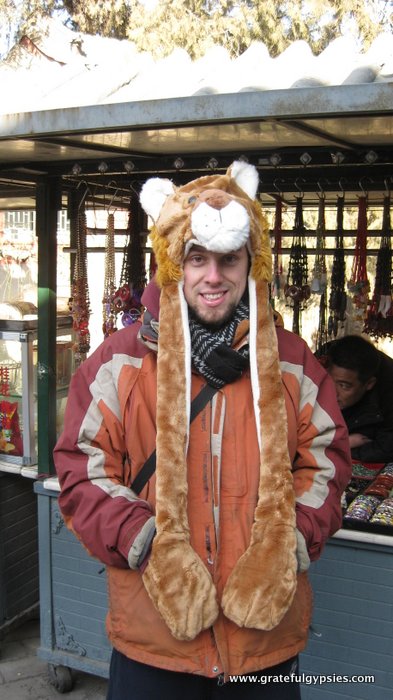 I’m from Michigan, so I’m used to hot summers and cold winters. It’s just so much worse in Beijing. Winter is bitter cold, but that’s not a huge problem for me – it’s the vicious wind and super dry air that gets to me. My skin peels like a snake’s during the Beijing winter, and my day is ruined the second I forget to grab my chap-stick or pack some lotion. Sure, the spring is nice, but it’s far too short and is also often accompanied by sandstorms. Summer is gross and sweaty, and the heat is multiplied by all of the concrete and steel. Fall is the best time of year, but just like spring it’s gone before you know it. One thing’s for sure – nobody moves to Beijing for the weather.

Beijing’s horrible air pollution is always on the news.

When I first arrived in Beijing back in 2008, the Summer Olympics were about to begin. I was amazed to find a rather clean city with a big, blue sky day after day. Of course, that blue sky was only temporary. Many changes were put in place during the games to clean up the ‘Jing, but as soon as the world left it was back to normal. In my years living there, it has only gotten worse. It was getting harder and harder to motivate myself to go out of the house in the morning. When you look out your window and can barely see the building next door, you don’t exactly want to rush outside. On bad days, Beijing looks like the setting of some apocalyptic movie. Although they cleaned up again recently for the APEC summit, you can bet your kuai that the smog will return as soon as Obama is back in the White House. When the air you’re breathing in on a daily basis is consistently labeled as “hazardous,” you begin to contemplate why you even live in this place.

Not all people suck in Beijing, but a lot of them sure do. In general, people can be quite rude, pushy, and hot-tempered. This actually makes a bit of sense – Beijing is a huge, crowded, expensive, and demanding city. People from all over the country desperately want to live there due to the better access to health care, education, and economic opportunities. Not everyone can live there, though. It’s damn near impossible to get a treasured hukou (户口 – hù kǒu), the residence permit that makes you an official Beijinger. In Beijing, it’s also nearly impossible to get a car. If you finally do win the lottery and get the chance to buy a car, you’re in for lots of fun driving it on congested roads alongside horrible, accident-prone drivers. Buying an apartment is a whole other ballgame, as real estate prices in the city have jumped to levels far outside the budget of most people. Many people commute a long distance to work long hours at a job that barely pays their bills. The streets, buses, subways, and markets are always crowded. All of this eventually adds up, causing people to take their frustrations out by yelling, pushing, cursing or even fighting. Never have I heard the word “sha bi” (傻屄 – shǎ bī) tossed around more than on Beijing subways and roads. It means “stupid c**t” in English and it is just as terrible a word in Chinese, but people in Beijing seem to have no qualms yelling it at you if you get in their way.

The Cost of Living is on the Rise 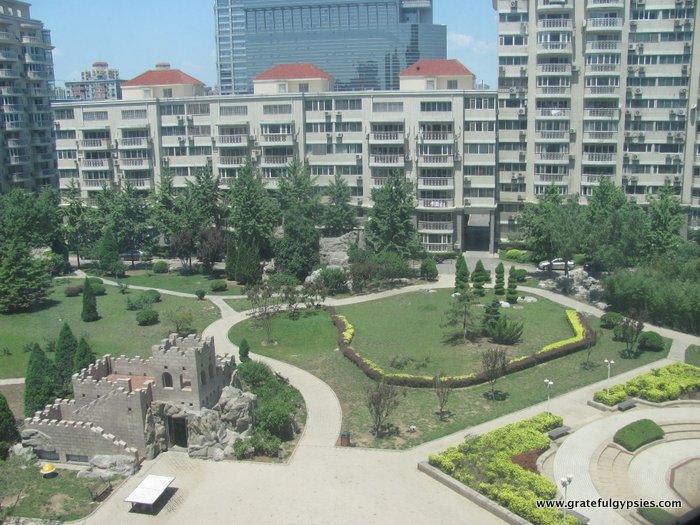 We lived in a nice place, but it was getting too expensive.

As I mentioned, buying an apartment in Beijing is out of reach for most. Rental costs constantly go up as well, although no improvements are made at all and landlords here are notorious for being cheap and stingy. Our 3-bedroom apartment in Beijing went from being 6,500 RMB/month ($1,061) in our first and second years to 7,500 ($1,224) for the third. We moved out, and the girls who live there now pay 8,500 ($1,388) per month. This higher cost of living was not being matched by higher wages, either. We got a small raise at our main jobs after a year, but not nearly enough to pay the added cost of rent. When Beijing got more expensive, we decided to move to a cheaper city. That begs the question…

We had been to Kunming previously on a visit in 2011 and had a friend living there. He constantly told us we should move there and teach in his school, and we always had it in the back of our minds. Once we decided to leave Beijing, our plan was to backpack through SE Asia. We still wanted to come back to China at the end of the trip to get back to work, so Kunming seemed like the logical choice. We could get our visas for Vietnam and take a bus there instead of buying an air ticket. We could also store our stuff with a friend and come back to jobs in the new school year. Everything worked out except that last part, as our friend decided to switch places with us and leave Kunming for his own Banana Pancake adventure. The job was never the most important part of our decision, though. 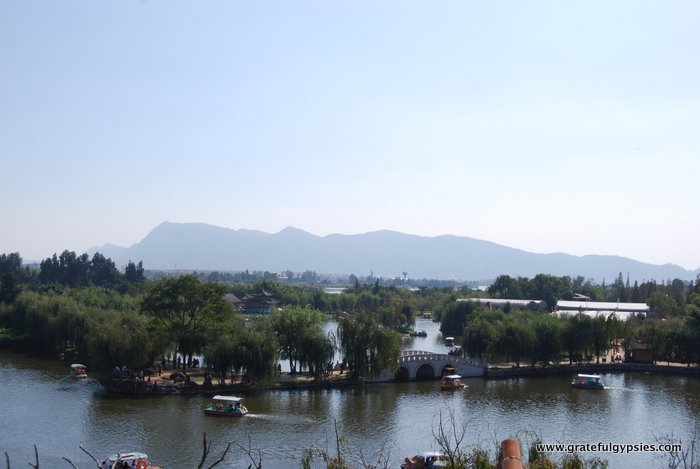 Welcome to the Spring City.

Kunming is known as the “Spring City” because of its moderate climate. Homes here don’t even have air conditioning or heating, as it never gets too hot or too cold. The air is fresh, since there isn’t much manufacturing going on in the area. Construction leads to some pollution, but it pales in comparison to Beijing. Our rent in Kunming is only 2,500/month ($408), and we have our own 2-bedroom place in a great location. 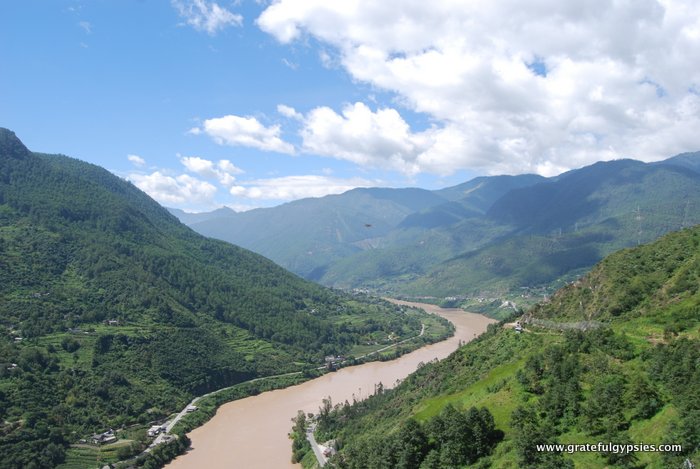 The Tiger Leaping Gorge is a bus ride away.

As the capital of Yunnan, Kunming is a great place to be based for traveling around one of the most fascinating parts of China. Yunnan has so many incredible places to visit that we figured it would be a good idea to just live here for a while. 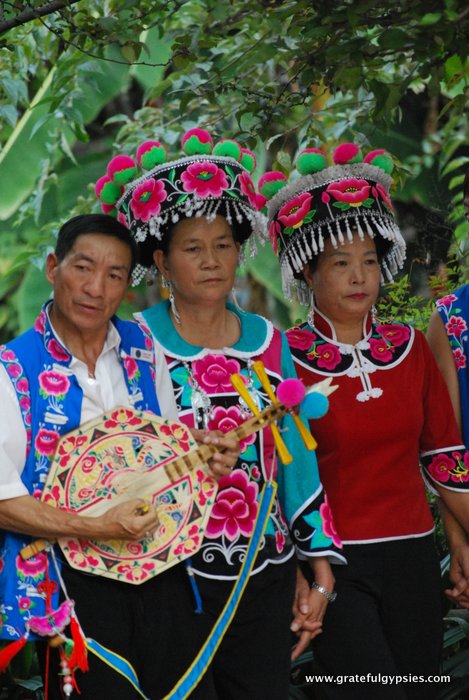 Jam out with ethnic minority groups all over Yunnan.

Of the 55 ethnic minority groups, 25 can be found in Yunnan. If you’re interested in the unique minority cultures in China, this is the place to be. It’s not hard to find the food, music, festivals, and more for these many groups if you live in Kunming. 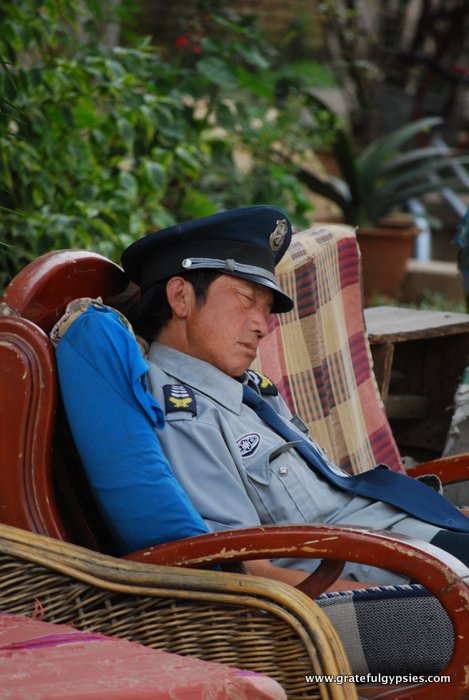 Have a rest… you’re in Kunming now!

The lifestyle is much more relaxed than in Beijing. As such, the people are generally friendlier. I’ve been here two months, and I have yet to hear someone yell “sha bi” on the street. Of course, I get more stares here and more random people shout “Ha-luo!” at me, but they’re just more surprised to see foreigners than people in Beijing.

There are many things I miss about Beijing, and I have fond memories of my time there. There are also plenty of times where part of me wishes I were back there. For one, Beijing is an international city with people from all over the world. You have far more options for cultural activities, dining out, and nightlife. That being said, we’re already happy with our decision to move. Life is more relaxed and far less stressful here in Kunming, it’s nice not needing a mask to go outside, and we’re excited about exploring Yunnan. Perhaps we did it right after all – living in a mega-city for a few years and then heading to a much smaller city to slow down a bit. If you have any questions or comments, please feel free to leave them here.