EN or ET: The Peculiar Sex Life of Danish Nouns Posted by Bjørn A. Bojesen on Dec 8, 2011 in Grammar 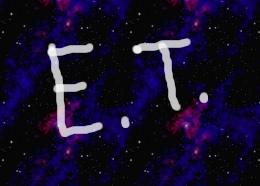 In Danish, neuter words are often accompanied by an ET syllable…

Danish nouns have genders. If English is your only language, that claim may seem just a wee bit absurd: Do Danish vocabulary items come with sex organs, or what?! In case you’ve got some basic acquaintance with French, Spanish, German or perhaps Latin, you certainly know that grammatical gender and biological gender are two worlds apart. And yet there is a connection – let’s time travel…

Back in the days when Common Indo-European was spoken (the language that would later spread and split and evolve into new languages as distinct as Spanish, English and indeed Danish), the language had a way to grammatically mark a person’s or animal’s sex. Nouns describing female beings – a girl, a sheep, a hind – were marked by a specific ending as belonging to the feminine class of words. Nouns describing male beings – a boy, a ram, a stag – were highlighted by another ending as pertaining to the masculine class of words. A lot of words without reference to a particular sex – like ’a child’ – were lumped together in the neuter class of words. Unfortunately, those distant Indo-Europeans didn’t know where to stop… They extended the grammatical gender system to the whole language, so that every noun had to belong to one of the three genders! For thousands of years to come, speakers of Indo-European languages had to know whether completely sexless objects like a sun, a moon, a dining table were considered feminine, masculine or neuter…

The three-gender system is conserved in German and Latin. In French and Spanish, it has been reduced to two genders: masculine and feminine (el gringo – la gringa, right?). In modern English, the three genders have been conflated. In effect, the gender system has disappeared, except in the singular pronouns (he – she). But hey! isn’t this blog about Danish?!

Strangely enough, in Danish the neuter has been conserved, while the masculine and feminine genders have been fused into the so-called common gender (fælleskøn). So, in short, there are two genders in Danish, and they have nothing to do with sex!

When learning Danish, it is always important to know a noun’s gender. Because a lot of small words, like articles, change looks to fit the gender of the noun they’re accompanying…

The common gender is characterized by ”en” words:

The neuter gender is characterized by ”et” words:

In the plural, the gender difference is blurred:

How do I know the gender of a noun?

Unfortunately, there are no clear-cut rules. The good news is, however that 70 % of Danish nouns are common gender.
When expanding your Danish vocabulary, there’s only one thing to consider: Is this noun neuter?