Are Danes afraid of foreigners? Posted by Bjørn A. Bojesen on Aug 25, 2013 in Uncategorized 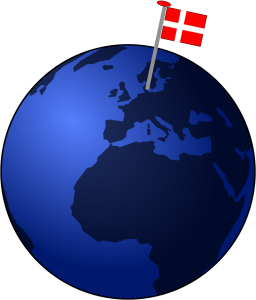 This week I’m going to tackle a less charming side of Denmark. After all, as a Danish saying goes, livet er ikke lutter lagkage [LEEWeth air eck LOOTor LOWka-yeh] – life isn’t only a layered cake. After den 11. september, a lot of Danish people, especially in the countryside, became increasingly afraid of foreigners, especially muslimer (Moslems). This created a lot of tension between ”old” Danes and nydanskere (New Danes = recent immigrants to Denmark). The politician Pia Kjærsgård and her Dansk Folkeparti (Danish People’s Party) gained a lot of votes playing on this fear. She claimed that foreign customs were a threat to Danish culture, not an enrichment. The debate got really ugly at times. For me, the worst thing about it was that many of those things that are nice about Denmark, like the pretty flag and the soft, humorous Danish language, became mixed up with ideas I’d call a bit racist (no offence to good-intentioned DF readers of this blog!) In 2006, when the newspaper Jyllands-Posten published some cartoons that made fun of the Muslim prophet Muhammad, it got really bad. Demonstrators in Asia and Africa were burning Danish flags, and even our neighbours in Sweden started to say things like ”What happened? The Danes used to be this friendly, warm, tolerant, open, unconventional, egalitarian, peace-loving down-to-earth people, and now they’re all a bunch of mad nationalists.” I mean, things have really calmed down now, but that’s what it was like when the so-called Muhammedkrisen peaked! It wasn’t easy to be Danish.

But are Danes really more closed than other people? Or just more wary? I found a really interesting book, ”How to be Danish”, by Patrick Kingsley. He writes:

”In 1864, Denmark had just lost the last bits of its Baltic empire, and the population that remained felt humiliated. Once a multinational commonwealth, Denmark was now a tiny monoculture. Danes suddenly found that they were a people without an identity – and used Grundtvig’s ideas to create one. And so these ideas – enlightening as they may have been – became a means of defining and justyfying Denmark’s newfound homogeneity. In this way, Danes became exclusive through their inclusivity, intolerant through their tolerance – which helps to explain some of the contradictions in today’s society.”

What are your experiences? Have you felt welcome in Denmark? Or is harder to break the ice here than in other small countries?