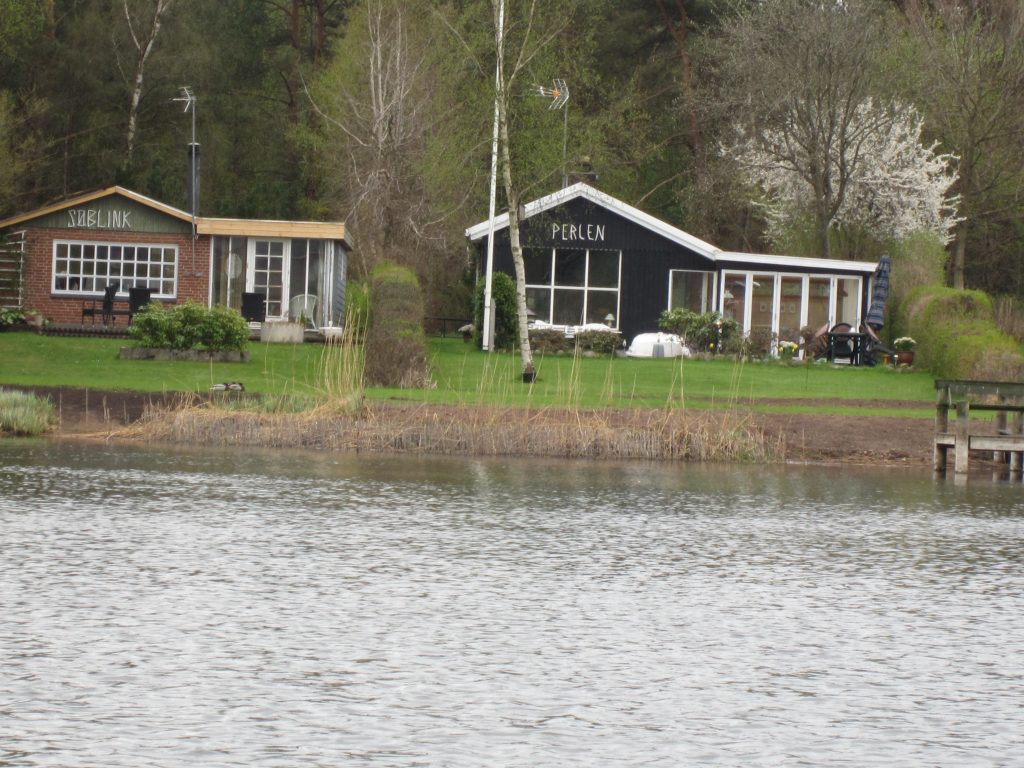 Sea Gleam and The Pearl – two houses next to the Gudenåen river.

Danes love their hus/e (houses). According to Patrick Kingsley 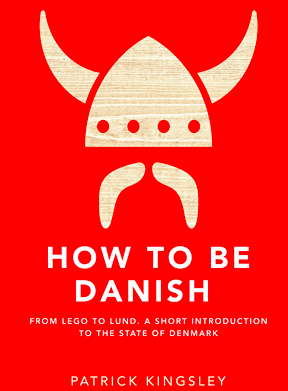 , author of ”How to be Danish”, Danes have the second-largest houses in Europe. (I wonder where the largest houses are…) I have never been in another country where people spend so much time fixing every little detail of their hjem [yem] (home) and turning every stone in their have (garden)… This obsession is so great that many Danes leave their everyday house in order to spend their summer holiday in a kolonihavehus – which is essentially just a smaller house in a special kind of ”garden village”.

No wonder, then, that some houses in Denmark even have names! I spent some of my first years living in a house called Højbo. Et bo is another word for et hjem (it’s related to at bo = to live, to stay). Højbo, accordingly, means ”High home”.

Mens jeg boede dér (while I was living there), my grandmother lived in a house with the name Bohus. You could translate that as ”Living-house” or ”House to live in”.

If you engage in the very Danish activity of taking a stroll (gå en tur) in a typical villakvarter (residential neighboorhood), there is a certain chance you’ll spot a husnavn [HOOSnown] (house name) or two containing the ”bo” word. Antother frequent element is ”minde” (memory) as in Thomasminde, meaning ”in memory of Thomas”. The name is usually written with large metal bogstaver (letters) attached to the front wall of the house.

Some visitors to Denmark, especially those from countries with a warmer climate, wonder where all the Danes are hiding themselves… Outside of the larger cities, cafés and restaurants tend to be quite empty on ordinary working days… There are hardly any children in the streets. Don’t worry – sooner or later the Danes will appear. It’s just that they’re very busy lighting candles and watering flowers and talking to their cats while watching the clouds gather on the outside skies…