Danish for a Non-Dane Posted by Bjørn A. Bojesen on Feb 28, 2018 in Uncategorized 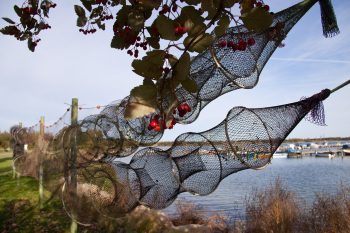 A scene from Hvidovre (≈ VEEth-owr-uh): Danish pronunciation is tricky! (Free photo from Pixabay; no copyright.)

A while ago a British guy in Denmark, Barnaby, kindly sent me his thoughts about learning Danish as a foreigner. Although I didn’t actually interview him, I’ve tweaked his most important points into an interview’ish text in order to make it more readable.

Phrasal verbs are tricky. Why does ”Jeg kan godt lide” mean ”I like”? It should mean ”I can well suffer”… And ”Hvad er i vejen?” means ”What’s wrong?” rather than ”What’s in the way?” 🙂

If you add a preposition, you can entirely change the meaning of something: tørre af means ”to wipe”, not ”dry off”. It’s not too hard, but it’s weird.

Danes often say things like ”Det er det.” and ”Det ved jeg godt.” The additional ”det” and ”godt” would be strange in most languages (this is taught by repeated drilling).

Pronunciation is a pain: Hvidovre. No more needs to be said.

Spelling from hearing is exceptionally hard. The slight differences between sounds are very hard to hear: Meget mad med kartofler.

On a sidenote, there are the different styles of Danish spoken. Meget in Copenhagen sounds different from meget in Jutland. And the soft D is sometimes lost in the Copenhagen accent: Det ve’ jeg godt.

For an English-speaker, just the difference between prepositions is very annoying. (I’m not saying English isn’t stupid, just that Danish is stupid too!) Why is it Jeg er i bussen and not Jeg er på bussen for ”I’m on the bus”?

Then there is the lack of gender rules. Does a noun take en or et? You just pick your best guess, apparently…

I personally didn’t have too much trouble with compound words, as I’d previously come across this in German… But it’s horrible when you first start learning, as you can’t necessarily tell where one word starts and the next ends:

Some helping verbs like bør, kunne, skulle are also a bit confusing.

The irregular verbs are relatively few, and the past tense is not too complex (-ede, -et). The future tense is indicated in a nice enough way (jeg skal, jeg ville).

All in all, although I’ve mentioned many things that make it hard, Danish really isn’t a crazy difficult language. The pronunciation and listening are still the hardest part, though.

Thanks for sharing your thoughts! 🙂

Now to the readers: What do YOU find tricky/nice about learning Danish?