Book Review: The Song and the Truth Posted by Karoly Molina on Jan 17, 2018 in Uncategorized

My latest Dutch literature read is Het lied en de waarheid or in it’s English title The Song and the Truth by Helga Ruebsamen. Helga grew up in the Dutch East Indies (now Indonesia) with her Dutch mother and her German Jewish father. Her family eventually moved to the Netherlands where she grew up. Het lied en de waarheid was published in 1997 and was considered the turning point in here career. The novel is a fictional account of her childhood in the Dutch East Indies and The Hague and the contrast of both lives. 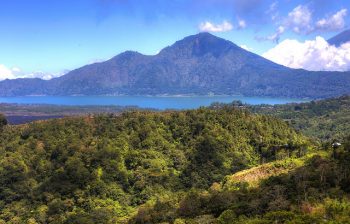 Photo taken by Thomas Depenbusch found on Flickr.com with license CC BY 2.0

While she is in Java, Loulou, the protagonist, lives a carefree life. Her childhood is filled with magic with the “night people” whom she talks to and care for her. She imagines spirits in the forests and sees everything with a hint of wonder. Life in Europe seems so far from her, only coming to her in the form of letters her father receives from his relatives.

Eventually, Loulou and her family go back to Europe in the eve of World War II. They travel by boat where the spirits Loulou grew up with accompany them. She is shocked when she arrives in Europe and finds the buildings, the people and the weather so dull and uninviting. However, Loulou continues to see the spirits in the houses and the buildings around her. Once in The Hague, Loulou realizes she is loosing touch with the magic and the spirits of her motherland. She feels as if she has become another version of herself and her real self is trapped in the dull European life. She longs for Java and her childhood.

Shortly after arriving at The Hague, Loulou and her father are forced to go into hiding in the Dutch lowlands. Despite the terrible situation, they survive the war, thanks in large part to those who hid them and protected them. Once the war is over, Loulou’s journey back to Java and to her home begins.

At first glance, the novel doesn’t seem to say much about life in Java. What the reader gets is based on what Loulou can see and experience. Her life is simple and comfortable and innocent. What I found very interesting was the contrast of the spirituality of Java with a backdrop of Europe. Europe is always in the background of the story, whether in the form of letters or conversations. This contrast is better appreciated once Loulou is in The Hague, and this is something that certainly the writer struggled with. The difference in weather, buildings, in clothing, in smells and in food are certainly something most of us who immigrate struggle with.

While reading this novel, I kept wondering what was happening in the Dutch East Indies during the war. The following video, from a TV show called “13 in the War” explains this.

Overall, I was happy with this novel. The story is very different to what I had read before, including the account of the war. It is certainly a unique book and the writer’s personal experience is ever present. If you want to learn more about Helga Ruebsamen, you can read this very interesting interview she gave in 2003.

Have you read any stories by Helga Ruebsamen or can you recommend any other Dutch books?