Controversial Insults in Dutch Posted by Karoly Molina on Nov 15, 2017 in Dutch Vocabulary

Some time back, I wrote about insulting words in Dutch. The first and second version of the post was somewhat PG rated, so I decided to make a more insulting follow up. The following are some controversial insults in Dutch which are quite offensive in more ways than one. 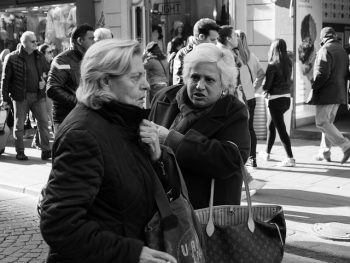 The term tokkie actually comes from a family named Tokkie who became famous after a documentary called Familietrots depicted them in a very negative way. According to the documentary, the family was very asocial and there were reports of neighbors upset at having to live near them.

Eventually, this family´s last name caught on as a word used to refer to someone who is trashy. The word has caught on so much that it was even included in the Van Dale dictionary and our current Prime Minister has been known to use the word to describe someone.

Shortly after this incident Premier Rutte received a letter from someone with that last name (although not necessarily related to the family in the documentary) pointing out the cruelty of using someone’s name to insult. Rutte wrote back promising to stop using the pejorative term saying the following:

You can read more about this in this NOS article.

So apparently its a thing to insult someone by calling them diseases such as cancer, tuberculosis or typhoid. It is quite common to insult people by either calling them cancer or wishing they had it. You can also add this word to other insults to aggravate them like kankerhoer. Why people use these words as insults is something I do not understand BUT it is not uncommon to hear.

This is another sickness insult wishing you to get kolere or cholera. There is a famous song from the famous Dutch movie Ciske de Rat called Ik voel me zo verdomd alleen or I feel so damn lonely. You hear the song and follow the lyrics in the following video:

Like I mentioned before, the use of these words can cause quite the controversy with some people. If you choose to use them, do so at your own risk!