So, last week, I wrote about the Zuiderzeewerken, which gave birth to the province Flevoland. But not only that.

As you can see, the Afsluitdijk was finished in 1932, after which there was space for the creation of Flevoland. (Image by Io Herodotus at Commons.wikipedia.org)

The Dutch wanted to regulate this better. And one of the first, and probably the most important way to do this was the Afsluitdijk. The name literally means the “Lock Dyke”, since it locks up the Zuiderzee, away from its parent, the Noordzee. The name dijk is not entirely accurate – a dijk refers to a separation between water and land, whereas the Afsluitdijk separates two waters – making it a dam. The accurate name would therefore be Afsluitdam!

How did they do it?

First, in 1920, the Amsteldiepdijk or Korte Afsluitdijk was built, which served as a model and try-out for the real deal. This dijk was only 2.5 km (1.5 mi) long, and was connected Noord-Holland to the island Wieringen. The experience made in this short project was later used in the construction of the Afsluitdijk.

As a foundation, wilgtenen were used – willow rods. These were sunk by placing stone blocks on top of them. Now I bet you think: wood? How is that supposed to withstand all that water force for decades? Well, it didn’t. Already in 1931, it became clear that the wood was infected with paalworm, a parasite that makes the wood hollow, and the steel rods that kept the wood together was already strongly affected by the sea. German baryte was used as a replacement, a strong mineral that withstands water very well.

Keileem (boulder clay) was used for the first time in the Afsluitdijk, because it was deemed stronger than sand or clay. Together with sand and stones, keileem formed the body of the dijk.

Two, and later three, sluizen (locks) were inserted into the dijk to regulate the water in the IJsselmeer, since rivers would still increase the amount of water in it.

On this dijk, a road was built, and that basically completed the work in 1932. On  September 20 of that year, the Zuiderzee officially became the IJsselmeer. 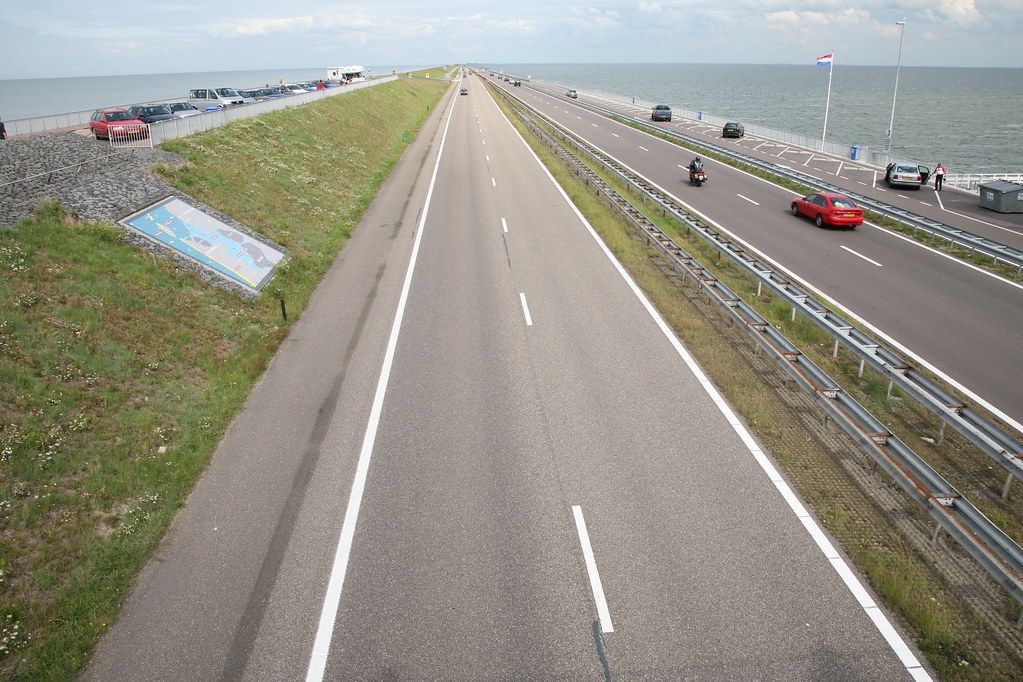 The Afsluitdijk today (Image by bertknot at Flickr.com)

The first noticeable success of the Afsluitdijk was in 1953, when the Watersnoodramp struck. It withstood the high water, and saved a lot of lives and disaster around the IJsselmeer.

Back in the days of its construction, fishermen were complaining, because the fishery in the Zuiderzee would end with the Afsluitdijk. However, their protest was not enough, and it was built anyway. A small poem was left, that described this:

Do you understand what it says? Let me know in the comments! 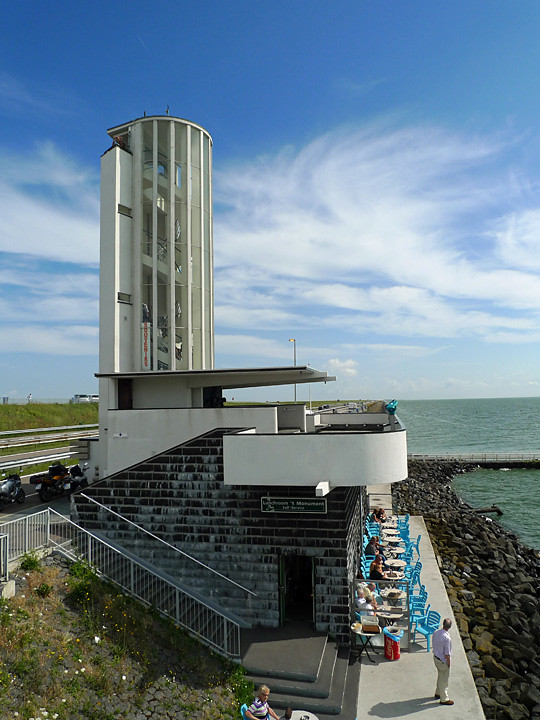 Have you been to the Afsluitdijk before?

Are there similar spectacular constructions in your country?