Dutch Halloween! Posted by Sten on Nov 1, 2015 in Culture

Halloween has been widely around in the Netherlands since the 1990s. The celebration has been imported from the United States, and thus has more of a commercial character, instead of a deeply rooted cultural one. Shops specialized in costumes and dressing up love it, since Halloween allegedly fills up the niche between the summer and Christmas. Halloween is especially popular in the northern parts of the Netherlands, that is to say, those parts that do not celebrate Carnival, which starts to be celebrated on the 11th of November, at 11:11 AM.

The word “Halloween” comes from All Hallows Eve, which is translated in the Netherlands to Allerheiligenavond. In churches, this day is used to remember the dead, and to clean the graves of passed away ancestors. 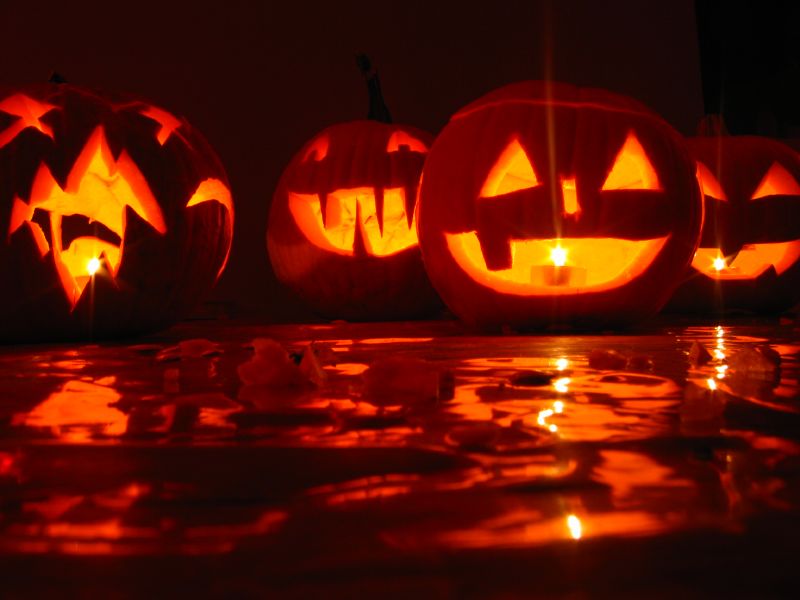 Halloween!!! (Image by hanna horwarth at Flickr.com under CC BY-ND 2.0)

The American tradition of children going around houses asking for candy is not that widespread yet. It happens here and then, more in an organized manner than with every house on the way. This is most likely because there is also Sint Maarten, a celebration based on Sint Maarten, where children go around houses – also dressed up, but not only in spooky fashion – and sing a song and get candy in return. Like the Jack-o’-Lanterns are the principal feature of Halloween, Sint Maarten is characterized by the lampionnen (lanterns) the children carry. I used to do this as well when I was younger, and it is a lot of fun – and lots of candy!

Much more widespread are Halloween parties or tours. Many clubs organized theme parties every month already, and Halloween fit right in there in October or November. The 31st of October is not such a fixed date – such theme parties are often organized around the date, on a night that is suitable for a party that will attract a lot of people. And this works better and better – Halloween is growing a lot in popularity! 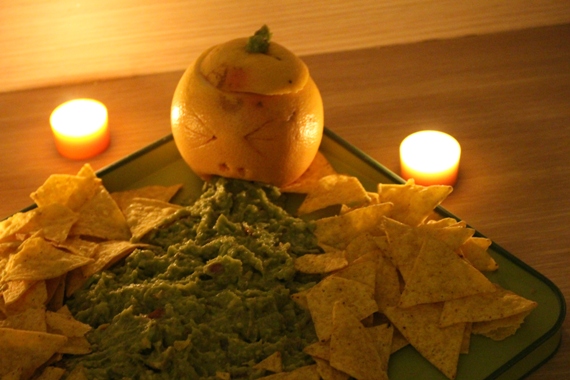 Of course, with that comes Halloween food, as for example this sick grapefruit, that vomited delicious guacamole!

Also in fun parks, most notably Walibi Holland, Halloween is celebrated. During the Halloween Fright Nights, Walibi Holland is sold out! This year’s theme is “There’s no escape…”

Of course, also in the Netherlands, books and movies made their impact to popularize Halloween. Examples include Harry Potter, and De Griezelbus, which is a Dutch children’s book series written by Paul van Loon.

In the Netherlands, there are certain organizations and churches that reject Halloween, because it has a “heidens karakter” (pagan character). For example, in Bunschoten, a very Christian village in the Netherlands, a Halloween party was cancelled in order to “respect the religious affiliation”.

Do you celebrate Halloween where you live? Why? And how?

If not, are there other celebrations that you enjoy?