Going to Space at Age 18 – This Dutch Guy did it Posted by Sten on Jul 27, 2021 in Culture, Dutch Language, Dutch Vocabulary, News, Science, Travel & Geography

There’s a good chance that you heard about it: The ruimtevlucht (space flight) of Jeff Bezos and three other passagiers (passengers). One of them was 18-year old Dutchman Oliver Daemen, whose father secured him a spot in the bidding process for the ticket. At his young age, it makes him the youngest person in the ruimte ever! What did he have to say about the experience?

Oliver is from the dorp (village) Oisterwijk in Dutch province Noord-Brabant. He just finished his vwo-diploma (VWO diploma, a Dutch high school degree), and begins his university studies in natuurwetenschappen en innovatiemanagement (physics and innovation management) at the University of Utrecht this summer. His father is a vastgoedondernemer (real estate entrepreneur), who paid a miljoenenbedrag (an amount in the millions) for the seat on the Blue Origin rocket.

So what did Oliver have to say about the 11-minute trip to space? Upon his return to Schiphol, Oliver said: “Het was echt niet normaal!” (“It really was not normal”, which roughly means: It was crazy!). Their stay in the ruimte lasted only for about drie minuten (three minutes), when they were gewichtsloos (weightless). “Het voelde veel natuurlijker dan je zou denken en het was heel donker, en dan zie je zo een blauwe laag over de aarde heen zitten, en dan zie je ook best wel veel wolken, dus je kon niet helemaal heel goed herkennen waar precies wat was.” (“It felt much more natural than you’d think and it was very dark, and then you see this blue layer around the earth, and you also see quite many clouds, so you could not really see well where exactly what was.”)

Many might look at this and think that ruimtereizen (space trips) are onzin (nonsense). Oliver looks at that differently, he said it was a “once in a lifetime opportunity” for him.

This trip didn’t make the passagiers real astronauten (astronauts), as they did not perform any safety activities in space. The FAA changed the definition on the day of the flight to include this new criterium.

Do you want to learn more about the trip and ruimtetoerisme (space tourism)? Dutch YouTube tech channel Bright made a nice explainer on it before the rocket lifted off:

The youngest, but not the first Dutch person in space 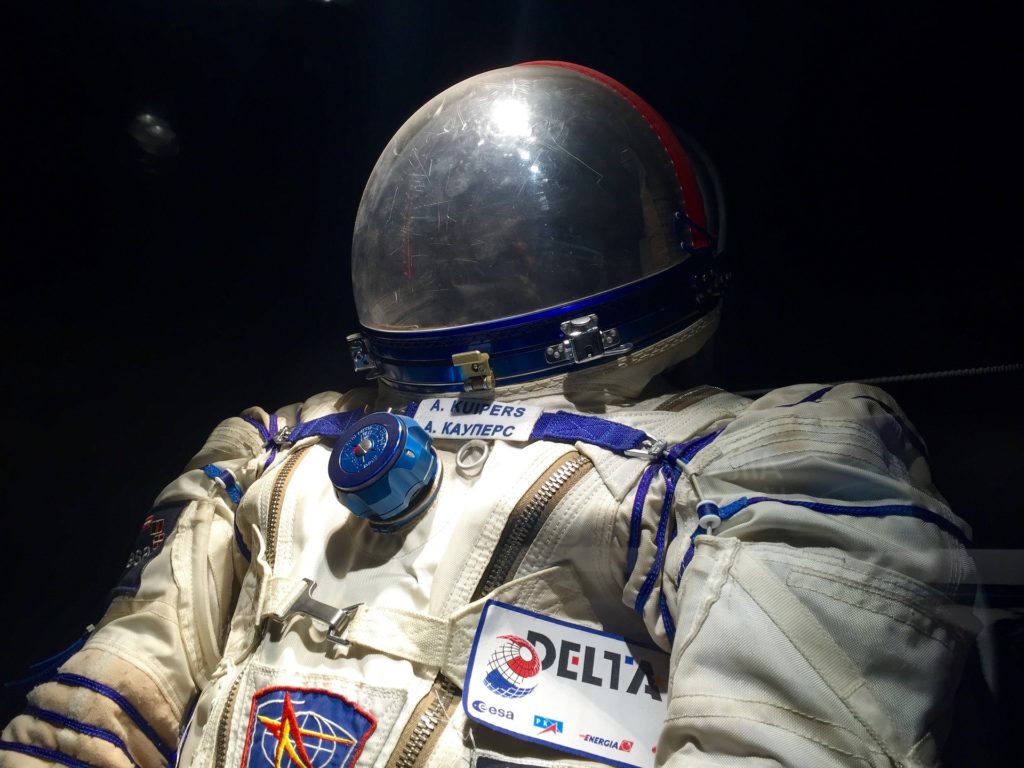 Image by Edward Lich at Pixabay

While Oliver might be the youngest person to ever reach space, and therefore also the youngest Dutch person, he is not the first Dutch person. This was Dutch-born astronaut Lodewijk van den Berg, who flew on the April 29, 1985 Challenger space shuttle mission. At the time, he had given up his Dutch nationality for the American one, and so he was not Dutch when taking flight. The first Dutch national was Wubbo Ockels, who flew just half a year after Van den Berg, also on the Challenger. However, the most famous Dutch astronaut by far is André Kuipers.

He is an active ruimtevaarder (“space driver”, astronaut) who has over 200 days in space under his belt.