Greece and the Grexit Posted by Karoly Molina on Jul 8, 2015 in Dutch Vocabulary, News 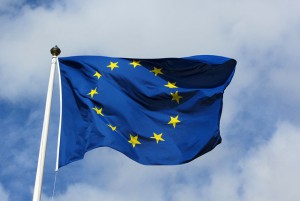 The European Union is under a lot of pressure at the moment because of the situation in Greece. While some are in favor of the Greek refusing anymore cutbacks, others argue that their debts cannot be forgiven. The following days will prove to be difficult ones in which our leaders and the troika will decide the fate of the Union. Needless to say, whatever decision is made, it will mark the path of the Union as well as the world.

I’ve been trying to keep myself updated with the news about Greece and the financial crisis through different news sources. This is especially important, I think, in order to get a real grasp on the subject because each news source and the country they are based in sells the news for their public. While the news sources in English are varied in opinion, I can’t help but want to know what the Dutch are writing about. Because of this, I am recently acquiring more vocabulary related to the financial crisis that I think is useful. Here are just some of the most important terms or concepts I’ve come across.

The following is a video of a press conference the Dutch Prime Minister Mark Rutte gave this past week.

What are your thoughts on this situation?