Showing Respect in Dutch: Invaliden and Handicaps Posted by Sten on Jan 3, 2022 in Culture, Dutch Language

When I grew up, a person with a disability was known in the Netherlands as an invalide. This doesn’t mean they are “invalid”, of course. It comes from French invalide, which in turn goes back to Latin invalidus – the opposite of validus, which means strong and healthy. So to say that having a disability makes you invalid, in other words, not strong and healthy, is quite harsh, seen as discriminerend (discriminatory) – and it’s not accurate, either. The Dutch have shifted to the word mindervalide instead to highlight this. Mindervalide means “less valid”, so less able. But what are good alternatives?

Click here for all posts on Showing Respect in Dutch

However, mindervalide, while now more widely used than invalide, is of course still not preferable. After all, mindervalide still sounds like that person is less able and less strong – or even, less valid. And yet, you will still see it. I saw it at the ingang voor mindervaliden (entrance for less valids) at the Rechtbank (court) of Haarlem, for example, 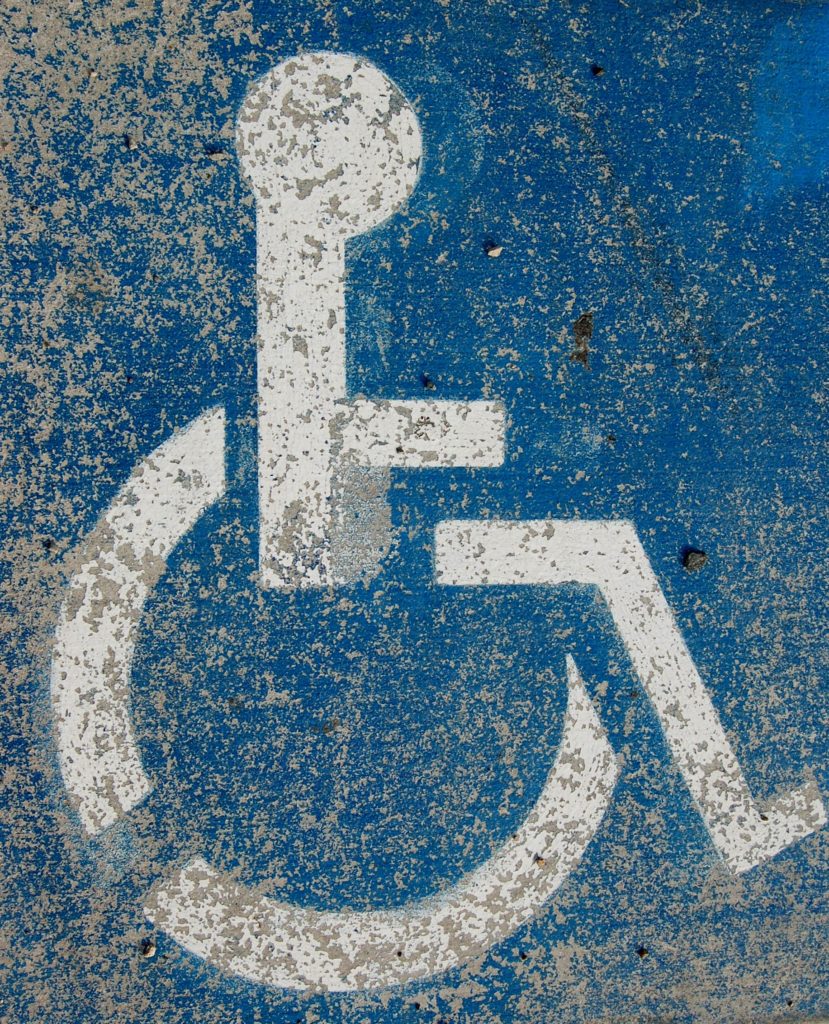 Photo by Matt Artz on Unsplash

So can’t Dutch do what English does? There’s the difference in English between the terms “disabled person” and “person with a disability“. The former sounds like the person is not able, period. The latter gives space for the person to be recognized as such. They are a person first and foremost, and they just happen to also have a disability.

Actually, we can! The city of Amsterdam has guidance on gevoelige en te vermijden woorden (sensitive words and words to avoid). In it, they advise to use gehandicapte (handicapped person) or iemand met een beperking (somebody with a disability), and never invalide or mindervalide. They say that it means minderwaardig (inferior) or ongeldig (invalid).

Gehandicapte is seen as fine, as a handicap is a belemmering (impediment) to successfully doing a task. So, for example, a persoon in een rolstoel (person in a wheelchair) has a handicap that prevents them from walking up stairs.

But with mental disabilities, this isn’t really the same. It’s not that their intellect is somehow “broken”, like a broken leg. It’s that they have an impediment that makes understanding and doing things a challenge. So instead of saying geestelijk gehandicapt (mentally handicapped), you should use verstandelijk beperkt (intellectually/mentally challenged). It’s a seemingly small difference, but it’s an important one!

Despite this, words like invalide, mindervalide and geestelijk gehandicapt are still widely used. Little changes like this can make a real difference, however, to show respect!

And that’s what this series will be about! I hope you’ll enjoy a look into some of these words and how they can be made more inclusive for all. Do you have a suggestion of a word for me to look at? Let me know in the comments below!