The Top 4 Twitter Accounts You Should be Following if You Really Wanna Learn Dutch Posted by tiffany on Apr 3, 2013 in Dutch Language 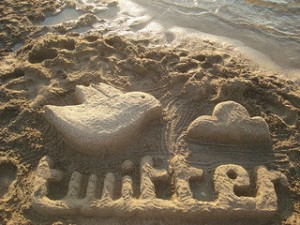 So, you really want to learn Dutch, huh?

If you just found yourself nodding enthusiastically or blurting out “Why yes, yes I do!” then you’ve probably adopted one or more of several excellent practices for learning Dutch, like…

But did you know that Twitter can also be an essential tool when learning Dutch? Twitter in general is great for a number of reasons:

It’s great for learning Dutch for all of those reasons. New vocabulary words are introduced at least once day. Grammar advice is given and sentences are dissected. You can chat in Dutch with real live Dutchies or fellow language learners. You can ask the experts all your pressing questions and get feedback on your (written) use of the language. You may end up developing strong ties with other Tweeters and find yourself eventually meeting up with some of them in person. There are links to videos and music and text and recipes in Dutch. Tips and hints are offered. Sayings, expressions, and turns of phrase are shared.

Surprisingly, there are a LOT of Twitter accounts out there with the goal of helping people learn Dutch. However, not all learn-Dutch Tweets are created equal. You want to be following Twitter accounts that are updated often, have a history, boast a large following, and that Tweet accurate information and correct use of the language.

To save you from having to scroll through endless Dutch-language-centric Twitter handles, I’ve compiled a list of the top four Twitter accounts you should be following if learning to speak Dutch is your goal.

DWOTD (@dwotd) stands for Dutch Word of the Day, and their motto is “learning Dutch can be fun!” This Twitter account is an extension of the website of the same name, which shares a different Dutch word each day (duh), AND a new Dutch phrase each week (aptly titled “Dutch Phrase of the Week”). The site – and, consequently, it’s accompanying Twitter handle – is run by Sander, a Dutch language enthusiast based in Amsterdam. Follow DWOTD on Twitter for the latest word of the week as well as an example of how it’s used in a sentence.

Transparent Dutch (@dutchlanguage) I would be remiss if I didn’t mention our very own Transparent Dutch Twitter account! Helpful hints, links to new blog posts, the word of the day and how to use it, free resources, Dutch news in the Netherlands and abroad, and encouragement… our goal is to give you all the information we can for you to succeed in your goal to learn Dutch. We’d love to have you follow us.

Dutch Speakwords (@DutchSpeakwords) This one… well, this one’s just for fun, really. Speakwords is the literal translation of spreekwoorden, meaning proverb in Dutch. And it is so. much. fun to try to translate these into English. How much fun? So much that someone created a Twitter account whose sole purpose is to literally translate Dutch proverbs. If you’ve already noticed that speaking Dutch makes you sound like Yoda, drive that point home this will.

That should get you off to a good start! Please feel free to add any of the excellent Twitter resources you follow to help you learn Dutch below in the comments.