Why do some words get a double consonant in the plural form and not others? Posted by tiffany on Apr 15, 2013 in Dutch Grammar 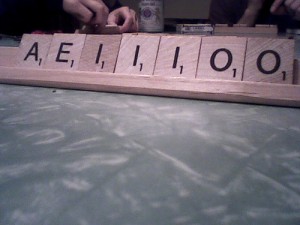 So here’s a question we were asked last week by a reader:

So, the short answer is, the double “n” in mannen keeps the “a” in the word man short. Without that second “n,” you’ve got manen, with a long “a” sound, which means moons.

The word vrouw (woman) uses the “ou” vowel combination. Unlike “a” and “e,” which can take on the long or short vowel sound, “ou” always makes the same sound (ow). Because we only need that double consonant to keep the short vowels short when the word becomes plural, it’s not needed in words like vrouw. So all we need to do is add an “en” on the end to make it vrouwen (women)

Some others to watch out for:

bed -> bed
plural: bedden -> beds
*beden is the plural for plea/prayer that is no longer used

But here’s the thing. Every rule has exceptions and some rules have no rhyme or reason behind them. One such exception is woord (word). Woord has the long vowel sound so, based on the examples above, the plural (words) should be worden. However, worden means “to become” NOT “words.”

What is the Dutch word for “words” then? It’s woorden. More on why in another post.

For more, you can also go back to this post on Dutch plurals.

So, learn the rule, but be flexible. And take it easy on yourself. Learning a language is a challenge. Some things won’t make sense, others will simply drive you crazy. But just keep plugging along and you’ll get there. You can do this!