More on why some words get a double consonant in the plural form while others don’t Posted by tiffany on Apr 19, 2013 in Dutch Grammar 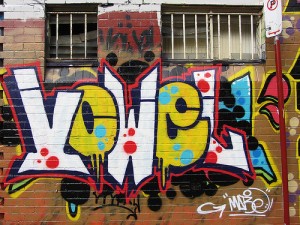 Earlier this week, we tackled the question of why some words get a double consonant in the plural form while others don’t.

Then, woord (word) came in for the surprise attack. Unlike in the examples above, the plural of woord is woorden, not worden (which means “to become”).

So, just why does woord get to break the rule?

Well, actually, it’s not breaking any rule. Instead, it’s following a slightly modified version of the one we learned on Monday.

Remember the reason for adding the double consonant to short vowel words like bot and man in the plural?

If you said “to indicate that the vowel is to remain short,” or something to that effect, you’re right! We add the extra consonant to keep the sort vowel short. When it’s a long vowel, no extra consonant is needed.

Now let’s go back to our friend woord. Because it has the double “o,” we know that it gets the long “o” sound. If you look closely at the tail end of the word woord, there are already two consonants – “rd” Since it’s already got two consonants, we don’t have to add another one. Nor do we need to take a vowel away like we had to do with boot and maan. We’re off the hook! Just add an “en” to the end and you’ve got woorden (words). Woorden maintains its long “o” sound without us having to do anything special. And everyone lives happily ever after.

Here are a few more examples to set the record straight:

paard -> horse
plural: paarden -> horses
*parden is not a word

And there you have it! Everything you need to know about double vowels and double consonants in the plural form.

If you have any questions or any words you would like to add to our lists, please leave a comment in the space below.