What Are Polders? Posted by Sten on Jul 21, 2016 in Culture, Dutch Language, Dutch Vocabulary

Does it get more Dutch than a polder? Yes, kaas (cheese) maybe… But the great difference is that polder does not even know an English translation! Pretty Dutch then, right? One great example of a polder has already been highlighted before: the Dutch province Flevoland is a huge Polder. Even though polders are explained there shortly, a lot is left unexplained, and therefore this post is absolutely necessary! 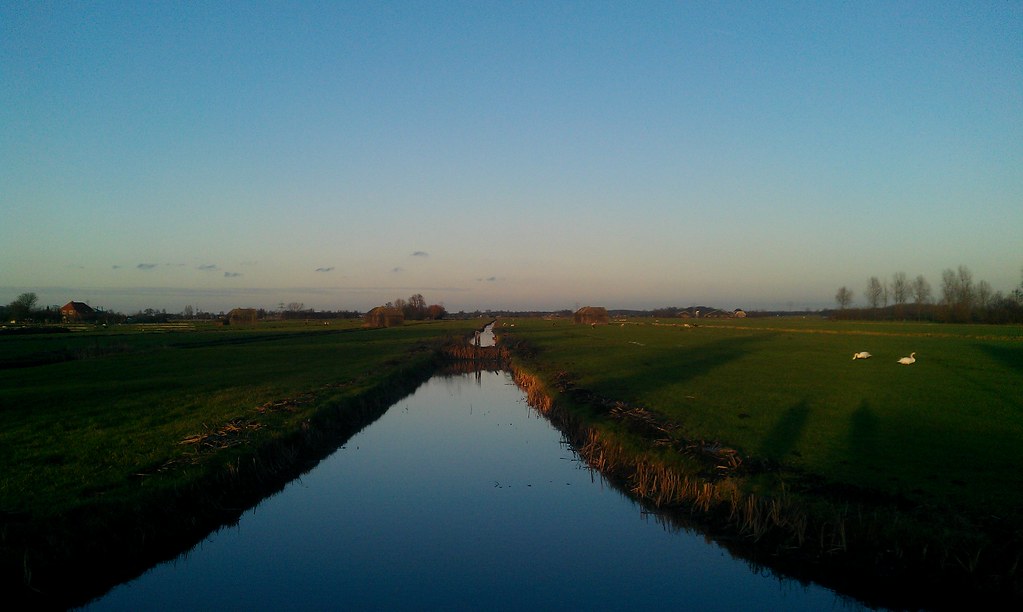 A polder (Image by Inyucho at Flickr.com under license CC BY 2.0)

A polder is an area in which the water level can be managed, using waterkeringen (flood defenses). This usually means that the level of the water outside the polder is higher than inside. By creating kunstwerken (cultural works), so by artificially surrounding a water area, one can pump the water out that is inside. This way, land is acquired that lies inside it. The big example of this in the Netherlands is Flevoland. But it has been done in many more places, which you can easily see if you compare maps from the Netherlands. On the left is a map that shows the country in 1600, and on the right is a map that shows the Netherlands today.

The Netherlands in 1600. (Image by Kees Bolle at http://home.kpn.nl/keesbolle/Kaarten.html) 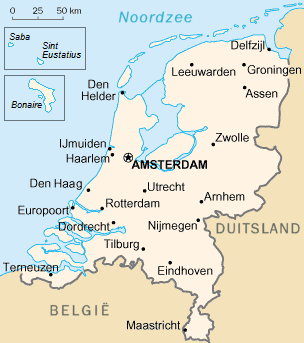 As you can see, large parts of Holland have been dried up by using the polder method. Especially Noord-Holland has gained a lot of land. Also in Friesland in the north, some parts were dried up. In the south, Zeeland, was largely dried up. It is clear that the Dutch made it a sport to dry up portions of water to acquire new land. In a country as small, densely populated and rich both in nature and culture as the Netherlands, it is easy to see why such polders were created.

As you might imagine, with more than 400 years of experience, the Dutch are leading when it comes to flood defense. This expertise came in very handy in rebuilding the flood defenses after the hurricanes in New Orleans in 2005.

There is a lot of vocabulary involved with polders. There is a list below, with an English translation and a definition of what it is.

The whole idea behind polders is to drain water to use the land underneath. This is called droogleggen in Dutch, meaning the verb to drain. Drooglegging is drainage.

An example of waterkering: the Oosterscheldekering in province Zeeland (Image by Raimond Spekking at Commons.wikimedia.org under license CC BY SA 4.0).

Waterkering refers to any structure, natural or man-made, that helps to prevent floods. To defend against floods is called water keren in Dutch, as keren does not only mean to turn around, but also afweren (to block). So really, a waterkering is a “water blocker”.

A gemaal in Zoetermeer, South-Holland

A gemaal is simply an installation that brings water from a lower to a higher point. They run on diesel, for example. It keeps the water in a polder at a certain level. So these things are indispensable to keep the polder dry!

A poldermolen (Image by GerardM at Commons.wikimedia.org under license CC BY SA 3.0)

A poldermolen does the same thing as a gemaal. It transports water from a lower to a higher point. The difference is the way it is done. In case of a poldermolen, it is an actual mill that helps to pump the water. This method was used in the 1600s, as modern gemalen were not invented yet.

Sometimes, poldermolens are also called watermolens (water mills), but that is confusing, as a watermolen is normally a mill that runs on water, not wind.

A spuisluis in Germany. (Image by Ra Boe at Commons.wikimedia.org under license CC BY SA 2.5)

Spuisluis comes from the verb spuien (to spew), as water is spewed out. It is also known as a keersluis, however, as it also functions as a waterkering. In Northern Netherlands (and parts of Northern Germany), such a sluice is also known as a zijl, or ziel/siel. Many place names come from this, such as Delfzijl.

Similar to a spuisluis, but often at a smaller scale, is an inlaatduiker (inlet culvert). It is a device that connects two waters as a waterkering.

Both spuisluizen and inlaatduikers are used sometimes to run a lot water at once through a water, so that the force takes with it sand and dirt that accumulates. 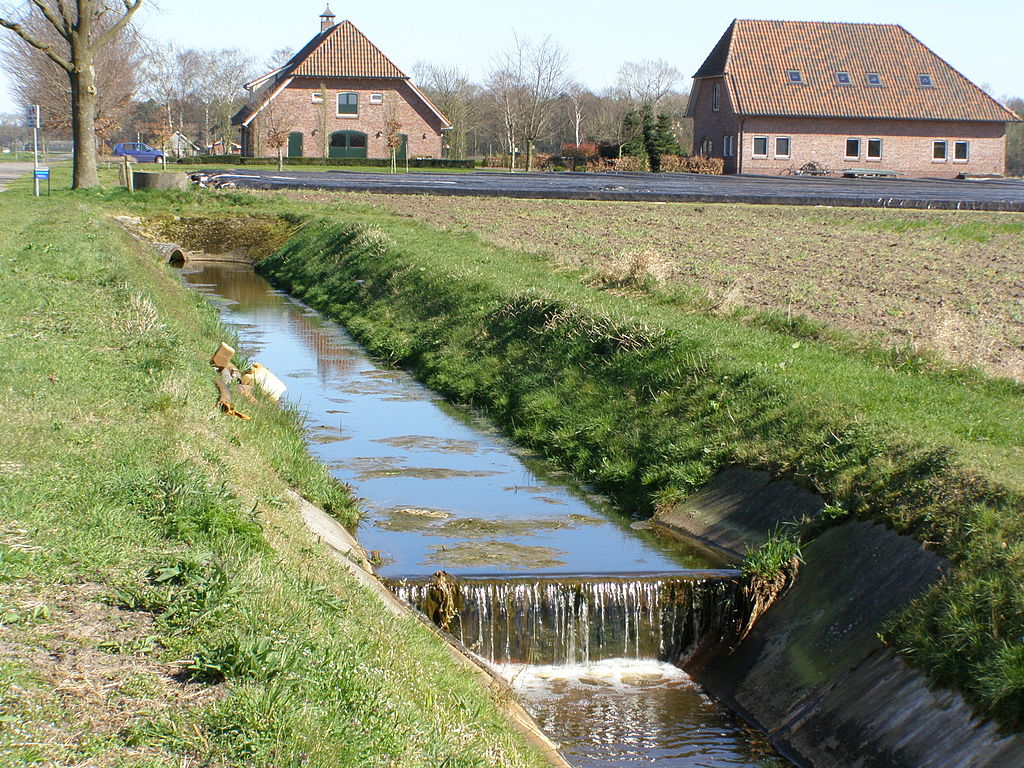 A very simple stuw (Image by Titico at Commons.wikimedia.org under license CC BY SA 2.5)

Stuwen, much like spuisluisen allow regulation of the water level by blocking it. Some weirs will still let through some water, others will keep it completely shut. Stuwdammen (dams) work this way. You can derive that already from the Dutch word, which includes the word stuw. Obviously, polders need stuwen in order for them to stay dry!

I hope this post helped you understand better what polders are, and if you have any questions, suggestions or otherwise, leave them in the comments below or send us a message on Facebook by clicking this button: