What makes you really Dutch? Posted by Karoly Molina on Nov 25, 2020 in Culture

This month, I received notification from the Dutch immigration department or IND that I had been approved by them and by the king to become a Dutch citizen…een echte Nederlander! Even though I was confident the outcome would be positive, I was zeer blij or really happy to get the official response since I plan on making the Netherlands my home. 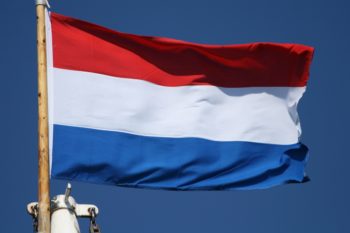 I do not even want to attempt to explain the different procedures of naturalisatie or naturalisation, nor do I want to make this an informative post about the official process. If you are seeking answers, please visit the Immigratie- en Naturalisatiedienst. In this post, I want to talk about the process not in legal terms but in the ways it affected my life in the Netherlands.

My process started in 2013 when my now husband and I decided we wanted to live together or samenwonen. We hand-wrote letters about how we met and our time together, both our mothers also wrote letters from their perspective, and two good friends who knew us since we met in 2006 also wrote letters. We collected photos and scanned our passport stamps from our visits to each other. Riccardo had to prove he earned enough to support us both because my verblijfstitel would make both of us ineligible for any social help. I had to take a basic Dutch language and culture exam in Mexico before we could even send in our application.

Once we had a positive response from the IND, I moved to the Netherlands and settled in. A few weeks later, I received a brief or letter from IND telling me my plichten en verantwoordelijkheden in the Netherlands. It was simple: learn the language and integrate. The official process is called inburgeren. Something that to this day I find fascinating is that this letter and the brochure were all in Dutch. I had just moved to a country with A1/A2 (basic) level in their language and all the information I needed was in a language I still had to learn.

My focus during the first month was to learn Dutch as quickly as possible so I enrolled in classes at Maastricht University. My idea was that if I took care of pesky procedures like learning the language, taking the language exam, and getting my Dutch rijbewijs or driver’s license, it would be easier to adapt.

Two years after moving to the Netherlands, I was able to tick all the boxes of my Dutch to-do list as well as fulfil the IND’s requirement of inburgering. The questions that remained in my mind were am I really integrated and could I possibly streven or aspire to ever feel integrated?

It’s been 7 years since I moved to the Netherlands. During this time, I have closely followed the conversation about immigrants and integration and what the Dutch government and society expect and want from those who come to this country. I can confidently say that I fulfil these verwachtingen or expectations: I speak the language, I have a job, I am party of my community, and I keep myself informed about what is happening in the country.

But the question that I constantly think about (because I am a brooder) is do I feel Dutch? Am I really part of this country? Is this legal process of inburgeren a good path towards actual integration? Is there a better way to do this?

Because of the pandemic, I am not even sure if my gemeente will have a naturalisation ceremony where all those present take an oath. That leaves me to create my own ceremony to make it more tangible. A good friend of mine gifted me a basket with Dutch goodies. Once I get the final letter from my municipality, I will open up the Heineken, cut a piece of cheese and say: 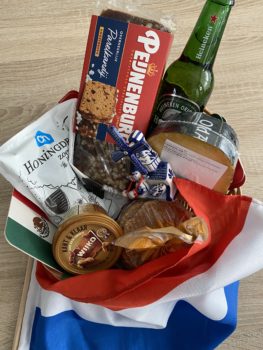 I declare that I will respect the constitutional order of the Kingdom of the Netherlands, its freedoms and rights, and I swear promise that I will faithfully fulfil my duties as a Dutch citizen. This I declare and promise.

For those who have moved to other countries, have you (yet) had the feeling that that is your place? For those that haven’t, when would you consider a buitenlander a true citizen?