How Did Sinterklaas Arrive in The Netherlands During COVID? Posted by Sten on Nov 23, 2020 in Culture, Dutch Language, Dutch Vocabulary, News

One of the most cherished Dutch traditions, the Sinterklaasfeest (St. Nicholas celebration) is a cultural beacon in the Netherlands. With his arrival on his stoomboot (steamboat) from Spanje (Spain) every year in November to his mysterious delivery of the pakjes (“little packages”, gifts) for the big night of opening them on pakjesavond (“little packages evening”) on December 5 to the abundance of cavity-inducing candy available everywhere, even a global pandemic won’t grind this feest to a halt. But how does Sinterklaas work during COVID times?

Usually, Sinterklaas arrives in November with a lot of fanfare. The official location where the boat arrives is made public in advance, so that people can go there for a proper welkom (welcome) of Sinterklaas. However, this year, the location was not revealed, and it was only televised. However, from different places around the Netherlands, there were small delegations of kinderen (children) and burgemeesters (mayors) that welcomed Sint with specialties from their region.

But there is not only one Sinterklaas that arrives in the country – he has to be everywhere at the same time, after all! Other towns figured out other ways to welcome Sinterklaas, many with an online appearance only. Arnhem, for example, produced a half-hour film depicting the secret intocht (entry) in the middle of the night.

It is customary for children to visit Sinterklaas and tell him what they would like to get. If you can’t see him in person, why not tell him via a video call? In some towns, you could hold a video call with Sinterklaas and his zwarte pieten (black petes). And one of my favorite solutions: the pepernoodstop (gingerbread emergency stop). Pepernoten are small, round cookies made with speculaaskruiden  (speculaas spices).1While technically, pepernoten are different, and these depicted here are kruidnoten, they are almost always referred to as pepernoten, as these are vastly more popular than the actual pepernoten. Usually, they are distributed by zwarte pieten during the aankomst (arrival) of Sinterklaas, by throwing them into the crowds for children to catch. But that was not possible this year, of course. Large crowds are a no-go. However, that does not mean that you can’t have strooigoed! In Vorden, a town close to Arnhem, they made a Sinterklaas drive-through, where you could pass by with your car to see Sinterklaas, receive a bag of strooigoed at the pepernoodstop and hear the zwarte pieten sing Sinterklaasliedjes. 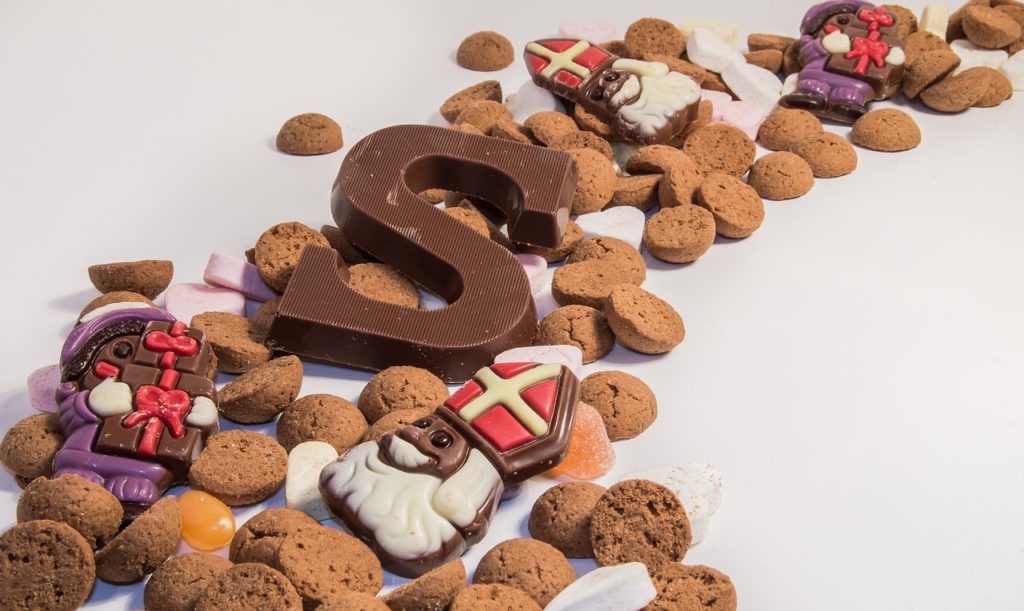 Different strooigoed (“sprinkle goods”) thrown into the crowd upon arrival of Sinterklaas by the Zwarte Pieten. (Image by Nietjuh at Pixabay.com)

A great way to keep distance and yet to be able to welcome Sinterklaas properly! Let’s hope that the pakjesavond can be celebrated normally…

What do you think about this intocht? Let me know in the comments below!