What the heck is “grass duning”? – Curious Dutch Words Posted by Sten on Feb 15, 2022 in Culture, Dutch Vocabulary

We have plenty of weird, obscure words in the Dutch language. Here’s one that I really like, but that probably won’t survive. So perhaps by writing this blog, we can keep the word grasduinen alive. But what does grasduinen mean? It’s a regular verb, but it sounds odd. According to the Van Dale means “zich op zijn gemak en voor zijn plezier met iets bezighouden” (to engage in something at ease and for fun). However, if you literally translate this word, it means to “grass dune” – and that’s also the meaning most people will understand when they hear grasduinen – a noun. Yet, somehow there is this secondary meaning as a verb. How are gras (grass) and duinen (dunes) related to gemak and plezier? I’m glad you asked. 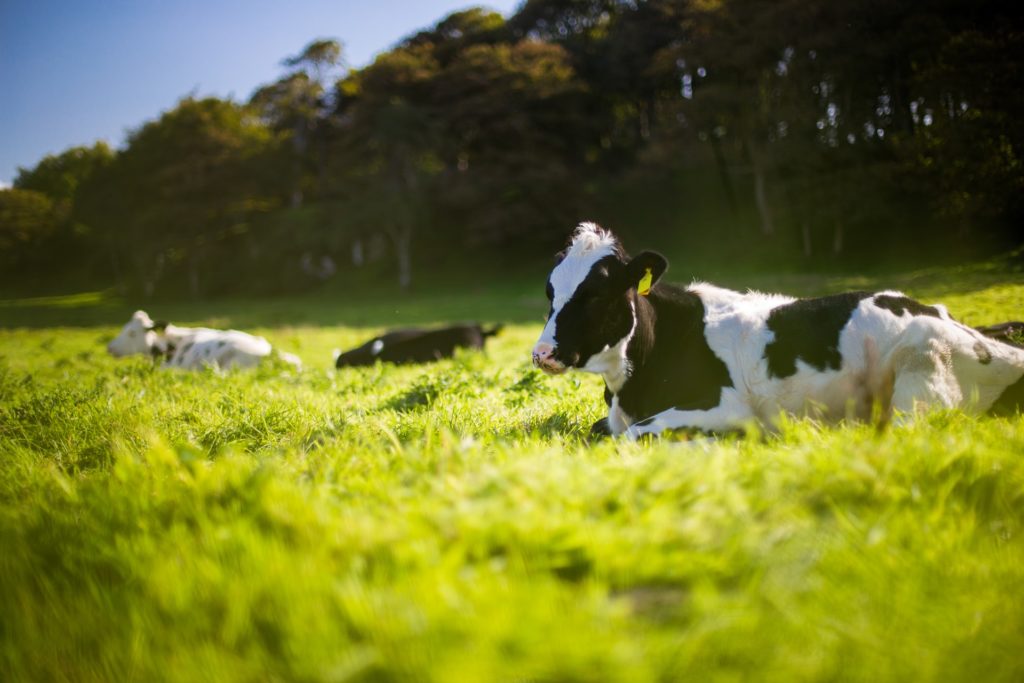 Photo by Andy Kelly on Unsplash

When we go back to the original meaning of the word, it starts making a bit more sense. Grasduinen originally wasn’t a werkwoord (verb), but a zelfstandig naamwoord (noun) as part of the expression in grasduinen gaan (to go into grass dunes), which dates back to the 16th century: Hier is hy in gras-duynen (Here he is in grass dunes).

With the Netherlands being a country with many graslanden (grassy lands), grazende koeien (grazing cows) and boeren (farmers), we can derive what this means. When a cow enters a duin, which in its original meaning can also more generally mean heuvel (hill), with loads of sappig gras (juicy grass), it is sure to have the time of its life! The original meaning of de grasduinen ingaan is therefore also naar hartenlust toetasten (to dive in to one’s heart’s content).

We can take that meaning and generalize it – and then we arrive at the current meaning! Imagine you enjoy studying old books – being in an ancient library could make you feel like a cow entering a meadow with the best grass ever. Or a wine cellar with hundreds of wines to try and explore if you’re a wine aficionado. But it doesn’t have to be that. The Van Dale meaning is so general for a reason. Anything that keeps you busy while you’re having fun and feel comfortable can be grasduinen! So preparing a delicious meal, playing a video game, relaxing with a book… It can all be “grass duning”. I suppose in English, the closest thing to it is “the happy place”. So we can translate it as:

Ik was aan het grasduinen – I was in my happy place

And what a great metaphor that is!

Is the meaning of grasduinen doomed?

Image by author, with permission from Sten Ritterfeld

However, it seems that the meaning of this word is used less and less. It could be due to its confusing nature, where grasduinen are still a zelfstandig naamwoord and make more sense that way. After all, Ik heb gegrasduind (I grass duned) just doesn’t sound right. I think a revival as ik ging de grasduinen in (I went into the grass dunes) would be a lot more viable for this term – but I don’t think this is likely. Why?

Because the main reasons words are used less in language is that their meaning simply becomes redundant, loses relevance or is so obscure and specific that people forget it even exists. And the point that people no longer understand its meaning, a word loses its basic reason for existence – to communicate something effectively. And I think all of these apply to grasduinen. With fewer cows relying on grazing and with only a few people left that interact with cows and grass on a daily basis, the original meaning decays. And it’s redundant too. Instead of people saying Ik was aan het grasduinen, they perhaps would say ik heb erg genoten (I’ve really enjoyed it). Or, as you can hear increasingly, they might just go with the English expression, and say Ik was helemaal in mijn happy place (I was completely in my happy place). English-speaking culture simply is more pervasive in the Netherlands now than their own farm life.

Now, does that mean that you will NEVER hear grasduinen anymore? No. I’ve heard it recently, which is how I got to write this blog. I’ve never used it, but I can imagine doing so. It’s a wonderful word! In more rural contexts, the word obviously has more relevance, still. Or in literary contexts, where flowery or more obscure language often still has a place and flourishes (looking at you AP Lit), grasduinen could survive.

Have you heard of this term before? Is there a similar term in your language? How would you translate, and what alternatives are in use that you like? I’d love to hear from you, so please let me know in the comments below!