Ever since I moved away from the Netherlands, there have been things I’ve missed from my home country. Not only foods, like stroopwafels and good patat, but also places to go and see. This morning, I really felt like going to a zwembad (public pool, also refers to just a “pool”). Unlike in the United States, when the Dutch refer to a zwembad, we usually don’t mean the odd-shaped hole filled with water in your backyard, but an actual business that usually has multiple pools to accommodate all kinds of zwemmers (swimmers). They’re a pretty big deal in the Netherlands, let’s take a small dive into Dutch zwembaden! 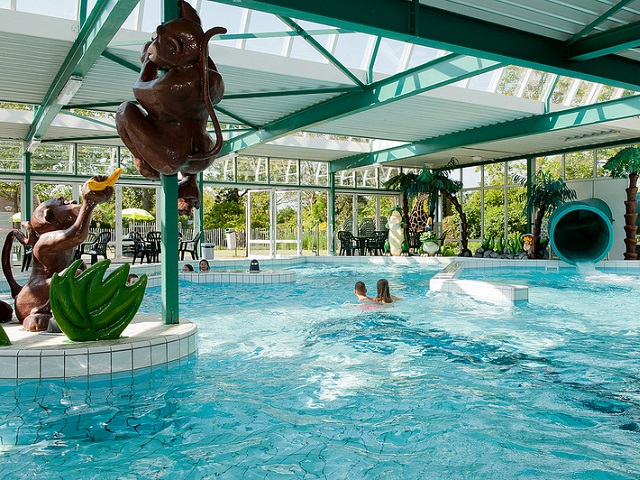 A zwembad usually has multiple baden (pools). Most have a binnenbad (inside pool) that is warmer than a regular pool for swimming baantjes (laps), is odd-shaped with more decoration, a bubbelbad (whirlpool), stromingen (streams) and maybe even a glijbaan (slide). I greatly enjoyed this recreatiebad (recreation pool) as a kid!

These days, I am more interested in the wedstrijdbad (competition pool). Like its name suggests, this is where people test their skill against competitors in tournaments. However, when no training or tournament is going on, these are open for the public too, om baantjes te trekken (do laps). That’s what I define as fun these days! How the times have changed… These wedstrijdbaden are usually colder and deeper than the recreatiebad. Since they are deeper, this is also where you would find springplanken (diving boards).

Then, sometimes, a zwembad also has a buitenbad (outdoor pool). These can be specced with another glijbaan and springplanken. Often times, there is also a ligweide (“laying meadow”, a sunbathing area) where you can enjoy the few amazing days of sunshine in the Netherlands!

In general, it is not required to wear a badmuts (bathing cap). Though some zwembaden might require it. 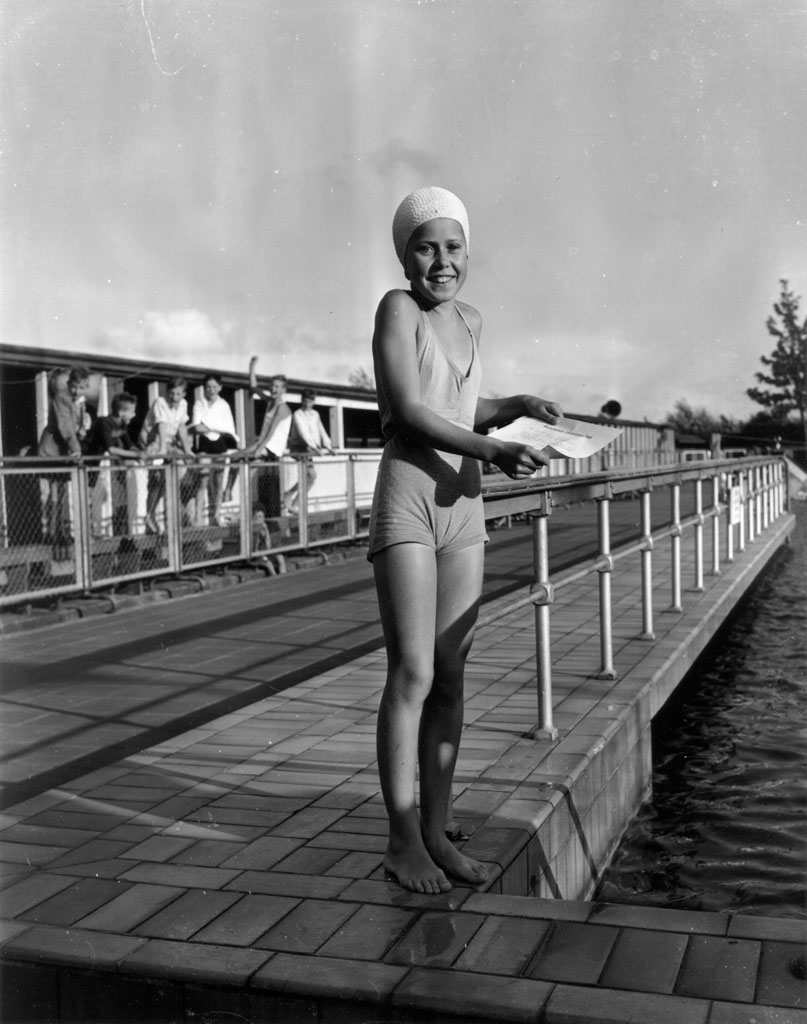 Zwembaden are places of societal significance. It’s where the Dutch get their zwemlessen (swimming lessons) and zwemdiploma (swimming certificate) and usually learn how to swim. The zwem-ABC, the name of all three zwemdiploma’s together, is a nationally recognized certificate given to children once they pass the swimming tests. These are focused on learning how to swim and zwemveiligheid (swim safety). After all, a country with so much water needs people that know what to do if they accidentally fall into it! The zwemdiploma’s are a pretty fascinating process, which warrant their own post, actually. But zwembaden are where you get yours! 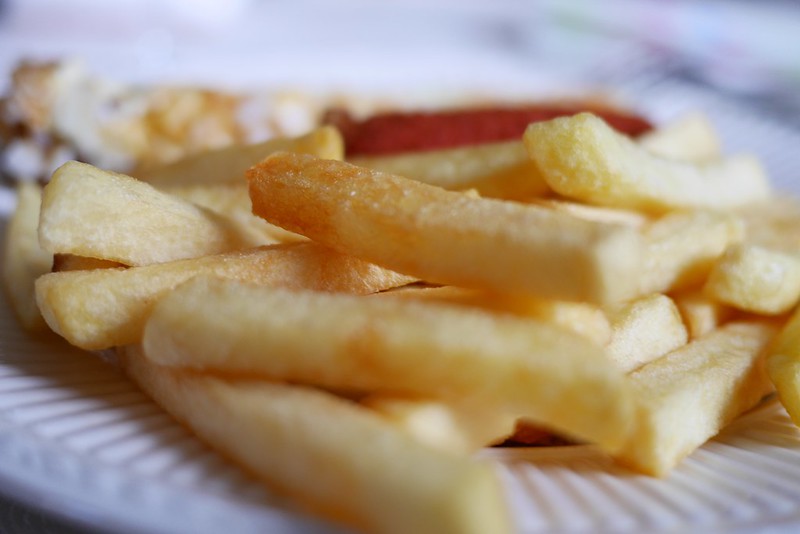 Image by Franklin Heijnen at Flickr.com under license CC BY SA 2.0

Zwemmen is fun and all, but the best thing after zwemmen is, of course, patat! Some fatty potato sticks mixed with a bit of zwembadwatersmaak (pool water taste)… Believe it or not, it gives me some nostalgic vibes.

And the nice thing is that many zwembaden have a snackbar (snack bar) with all kinds of foods, including patat and other typical things you can get there. So if you get hungry of all the swimming… Don’t worry, the zwembad has got you covered!

And after your fun swimming experience, jump under the douche (shower), change in the kleedkamers (changing rooms) and look back on a great day in a Dutch zwembad!

Have you been to a Dutch zwembad before? How was the experience for you? Let me know in the comments below!