Who is Glennis Grace from America’s Got Talent? Posted by Karoly Molina on Sep 26, 2018 in Uncategorized

There has been a lot of talk in the Netherlands about Glennis Grace’s appearance on America’s Got Talent, but who is she and how did she make it to the famous American show? 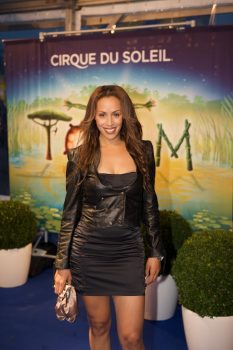 Photo taken by TBWABusted found on Flickr.com with license CC BY 2.0

Glennis Grace began her singing career quite young. She competed in numerous singing contests including Soundmixshow in 1994 and Eurovision 2005, and in 2018 played Maria in the famous Dutch show The Passion. Some of her hit songs include Als je slaapt and Afscheid which became her first #1 hit. The song Afscheid really shows off how strong her voice is, and for the purposes of language learning, is a singer you can really understand. You can read a more in-depth bio in this article from Business Insider.

In 2012, she got together with Berget Lewis, Edsilia Rombley, en Candy Dulfer for the Whitney Houston tribute concerts. From there, the Ladies of Soul were born and have given many performances with DVDs and CDs of the concerts on sale. Usually, the concerts have a couple special guests and they sing a variety of covers and a couple of new songs.

According to news articles, Glennis Grace wanted to eventually try the American music market, and the producers of the show approached her. During auditions, she dazzled the judges singing Run to You by Whitney Houston and received standing ovations for her performance.

After that stunning performance, there were high hopes for her winning the competition. Unfortunately, that did not happen. Glennis was among those with the lowest scores during the final and her chance at winning €1 million and a concert at Las Vegas were done.

Her appearance at America’s Got Talent received a lot of attention in the Netherlands. During the backstage footage, Glennis appeared to be a struggling single mom trying to make her dreams come true. However, Gracie had been performing for many years, she had won awards, filled concert halls and had several top singles. The evening show Zondag met Lubach mocked this struggling image with their own promotional video. Other people in the Dutch entertainment industry, including Glennis herself, recognized that the background story is also a big part of American TV and of this contest. The Dutch TV show RTL Late Night hosted Tjeerd Oosterhuis, producer and friend of Glennis and they discussed this need for a background story, among other things. During the show, Tjeerd said the following about the background story: Maar het verhaal telt daar ook heel erg mee, dus een meisje van dertien zou ook zomaar kunnen winnen. You can watch the show below.

Unfortunately for Glennis, she did not make it to the big show in Las Vegas, but she did get a lot of media attention in the US, as well as at home. It isn’t uncommon for contestants who didn’t win to still get a label or some sort of project. But if nothing works out for Glennis, she still has her Dutch singing career waiting for her back home with many fans and concerts planned with the Ladies of Soul.

Did you watch the final for America’s Got Talent? Who were you cheering for?