It is no secret that I am a Harry Mulisch fan! From the moment I discovered his writing with De ontdekking van de hemel (The Discovery of Heaven), I always pick up any book I can find of his. During a walk around a bookstore in Utrecht, I found a new book of Mulisch that I had not come across, Hoogste Tijd (highest time) or in English Last Call. 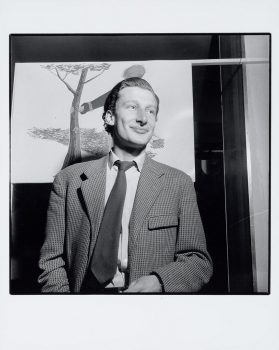 Mulisch achieved wereldwijde (worldwide) fame when his novel De aanslag (The Assault) was made into a movie that later won an Oscar and a Golden Globe for best international film. De aanslag is set in the time of the Nazi occupation in the Netherlands. Several other novels, plays, and essays have the underlying theme of the war including Siegfried (my personal favorite) and Het stenen bruidsbed. Perhaps one reason why Mulisch was so interested in the oorlog (war) is the fact that, as he stated, he was the war. His father emigrated to the Netherlands from Austria-Hungary after WWI and worked for a Germany bank that confisqueerde (confiscated) assets of the Jewish families being sent to concentration camps. In contrast, Mulisch’s mother was Jewish, and it was the father’s collaboration that saved both Harry Mulisch and his mother. The father did serve jail time after the war for collaborating with the Nazis.

Hoogste Tijd or in its English title, Last Call, is another roman (novel) that has the war as one of the underlying themes. This novel tells the story of the last year of Uli Bouwmeester’s life. Uli is a retired theatre acteur (actor) who never had much fame during his career. He lives with his sister Berta and her dog. His life seems to be of no interest to anyone including himself. One day, he receives a letter inviting him to participate in a play as the leading actor. At first, Uli and Berta are doubtful about the intentions of the theatre group. Can they really want Uli as the protagonist?

It turns out that there are no ill intentions. They really do want him. From there, Uli’s life is transformed from sedentary and boring to interesting and full of activity. His days are spent in rehearsals, meeting new people, drinking beer with his fellow colleagues, and befriending a young actress whom he quickly falls for. Throughout the novel, the reader discovers so much about Uli’s life. He was, for example, an actor in Germany during WWII and was under investigation after the war.

The night of the generale repetitie (dress rehearsal), the night before the big premiere, Uli is ready for his moment in the spotlight. Although he had a rough night in Leidseplein with some con artists, he manages to get into character and give the performance of his life. I do not want to spoil the end, but I will say that although the novel does not end the way you expect it to, the ending is both interesting and baffling.

Although the ending of the book left me quite confused (I re-read the last two chapters to make sure I had understood the ending), the narrative was true to Mulisch’s style. He tells you a story within a story, he writes about people that can be relatable without being ordinary or boring, and he captures the time period of his story. The ending is confusing because it is different.

From the research I’ve done, it seems this novel is a bit underrated. True, it does not have the magic of The Discovery of Heaven or the intrigue of Siegfried or The Assault. And yet it is a great story, and that makes Hoogste Tijd, in my opinion, a secret Mulisch pleasure (Disclaimer: there was a movie so its not so secret)! The novel also has great insight into the theatre scene in Amsterdam, and more or less how it works.

The following video has a few comical fragments of Harry Mulisch.