The Dutch and Classical Music: An Unexpected Relationship Posted by Karoly Molina on Oct 17, 2018 in Culture

I recently started a new job related to classical music. I am not a musician (not by a longshot), but part of my job is to read about klassieke muziek (classical music) innovation. In this short time, I have learned a few things about the classical music scene in the Netherlands that surprised me. In my radar, the Dutch weren’t known for classical music, and yet there is so much going on that is worth sharing! 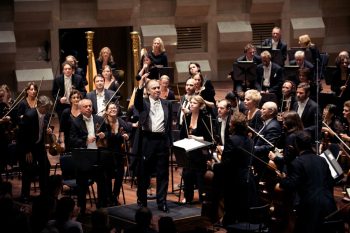 The research points to the Rotterdam Philharmonichs Orkestra as THE philharmonic in the country. It is known worldwide for its intense energie (intense energy) and their innovation in classical music presentation. It has been around since 1918 and their thuisbasis (home) is the Concertgebouw de Doelen, although it has many performances around the world including the Paris Théâtre des Champs-Elysées. The Rotterdam Philharmonisch Orkest also has many recordings with major music labels. The following video gives you an introduction of the orkest with some of the most popular bekendpunten (landmarks) in Rotterdam.

While you might not know any Dutch componisten (composers) from the top of your head, several have made their mark in classical music geschiedenis (history). Jan Pieterszoon Sweelinck from Deventer was an organist and pedagogue who also composed several pieces during his lifetime. Johan Wagenaar from Utrecht was another famous organist and composer who, for a while, was the organist of the Utrecht cathedral. Henriëtte Bosmans, daughter of two renowned musicians from the Concertgebouw Orkest and the Amsterdam Conservatorium, was a very successful pianist before she started composing musical pieces. The following video is of a piece composed by another Dutch amateur composer Alphons Diepenbrock.

Orchestras in Europe and the U.S. are on the search for an innovatieve publieksbenadering (innovative audience approach). Dutch musicians are one of the leaders in these experimental innovations for classical music. The popular TV show De Wereld Draait Door worked with composers and writers to create one-minute operas about current events, something that operas used to do “back in the day.” The following video shows one of these operas.

Music innovation in the Netherlands hasn’t just happened on TV. The way music is presented live has undergone some interesting experiments such as classical music raves in Amsterdam, collaborations between orchestras and filmmakers, and concerts set up in places that look more like bars than concert halls. Many orchestras are also planning specific concerts or series of concerts aimed at innovation. The Philharmonie Zuidnederland has a series of concerts called i-Classics that are quite experimental and try to engage the audience in a new way.

Regardless of your personal opinion of him, it is a fact that André Rieu has brought classical music to a new audience. Every year, Rieu gives a series of concerts in his hometown, Maastricht, and many people travel all over the world to see him live at the Vrijthof. His concerts are a mash-up of classical music with pop songs, folk songs and lavish shows with waltzes and gowns and fireworks. He travels all over the world giving concerts that connect to the publiek (audience) while keeping his signature style. This week, tickets for his 2019 concerts at the Vrijthof are on sale and, judging by previous years, these will be sold out. Below is a video from the regional TV channel of this year’s Andre Rieu concerts in Maastricht.

Have you ever attended a classical music concert (traditional or not) in the Netherlands?