Why is the Dutch Door called Dutch Door? Posted by Sten on Jan 26, 2016 in Culture

The Dutch door – also known as double-hung door, half door or stable door in Great Britain – is a door of which the top half can be opened while the lower half remains shut. These doors have been around since the 17th century, and had an especially large impact on the earlier American colonies.

In the Netherlands, the door is known as a Boerendeur (farmer’s door), which is related to its widespread use at farms. The Dutch had settlements in New Jersey and New York. Since the early American colonies were mostly rural, the Dutch door spread quickly from these regions. Hence its name! 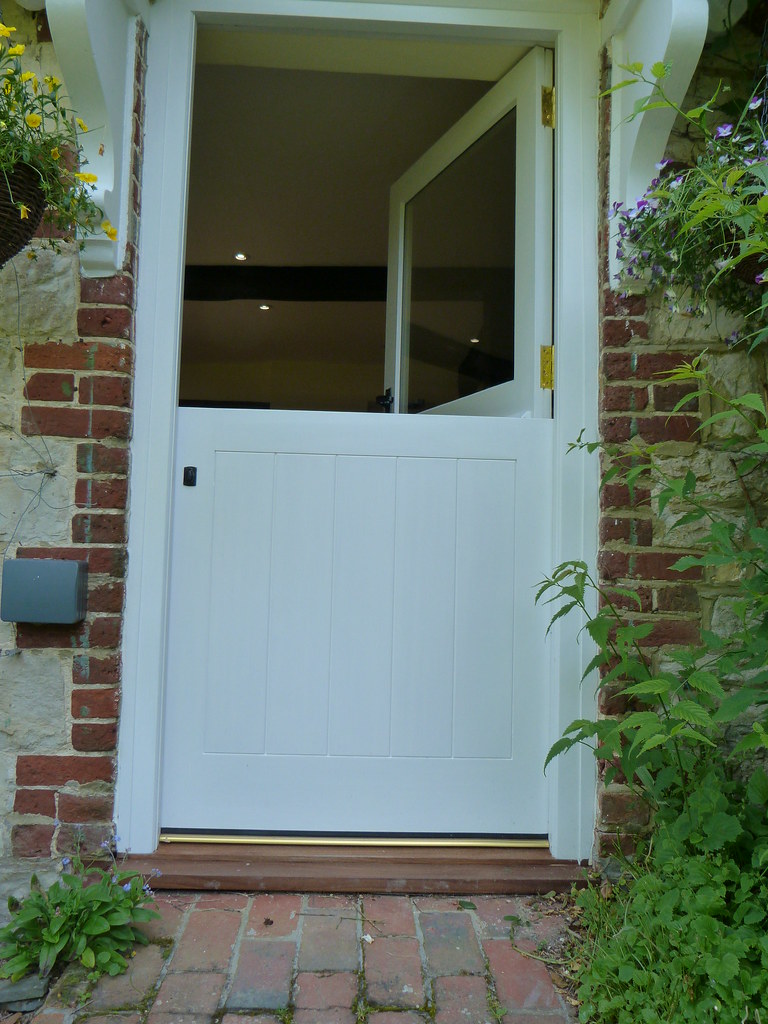 A Dutch Door – some have windows, some do not. (Image by Paul Flint & Company at Flickr.com under license CC BY SA 2.0)

What is the point of such a door? Back in those days, before barb wire and screen doors, the Dutch door was a very useful design. It allowed to air the rooms of the house, while keeping critters out of the house, and thus also diseases. The farm animals could not enter the house this way, either.  And the children would also stay close, and would not just run off. Finally, a Dutch door could also make things more secure: a stranger could not just enter the house. And all these advantages came by just cutting the door in half and putting more hinges on it.

Of course, when screen doors were invented at the end of the 19th century, air could come in, while animals and critters could not, even not airborne ones that a Dutch door cannot stop. Barb wire allowed to fence in animals, and therefore this use of the Dutch door was obliterate too.

All the same, the Dutch door seems to stay popular for its nostalgic design and its gezellige atmosphere. Oh, and it still keeps the children inside better than a screen door, I am sure!