Foreign Influences: The French Influence on Dutch Posted by Sten on Jan 25, 2016 in Culture, Dutch Language

It has always astonished me how many words are exactly or very close to the same meaning in Dutch as they are in French, even though the languages belong to different language families. Words that are “lent” from another languages are called leenwoorden in Dutch. Of course, many French words have found their way in many languages: the similarities between English and French helped me tremendously during my study semester in France, and the French influences on German can also not be understated.

This spillover effect between languages is natural and makes sense: language is a part of a people’s culture, and cultures spread easily, today more than ever with, for example, online social networks. Take for instance the word selfie. It went over the world in a matter of weeks, and made it into several official dictionaries of different languages quickly.

A quite clear language barrier between French and Dutch was established by 1400. Belgium lies between France and the Netherlands, and both Dutch and French are spoken there. The French language spilled into other languages mostly between 1400 and 1800, when especially France was an important power in Europe. In the 17th and 18th century, it was even considered chique to speak French in higher circles, and people in these circles often spoke French fluently next to their own language.

The influence of French in the Netherlands is profound. The words je maintiendrai (ik zal handhaven – I shall maintain) are still on the coat of arms of the Netherlands today. There are also a ton of words that the Dutch took from the French. Below a short list, which is by no means exhaustive! 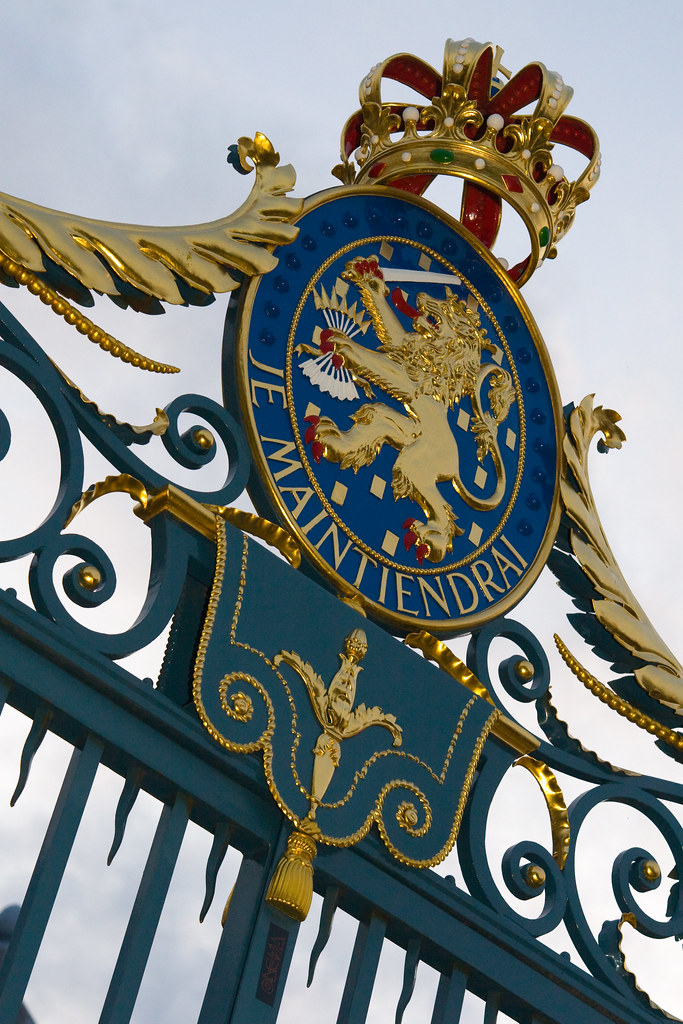 The Dutch coat of arms from 1815 – je maintiendrai! (Image by Jeroen Kransen at Flickr.com under license CC BY SA 2.0)

blesser – blesseren (to hurt, to injure)

rapport – rapport (a document that shows school grades, like a grade transcript. The French word as a verb means to report something, in this case school grades)

An interesting one is s.v.p. (s’il vous plaît), which is the same as a.u.b., the acronym for alstublieft (please, literally “if you please”). s.v.p. is used at least as much as a.u.b. in the Netherlands, even though it stands for something that is not even Dutch!