The Holiday Song That Isn’t Posted by Gary Locke on Dec 16, 2021 in Culture 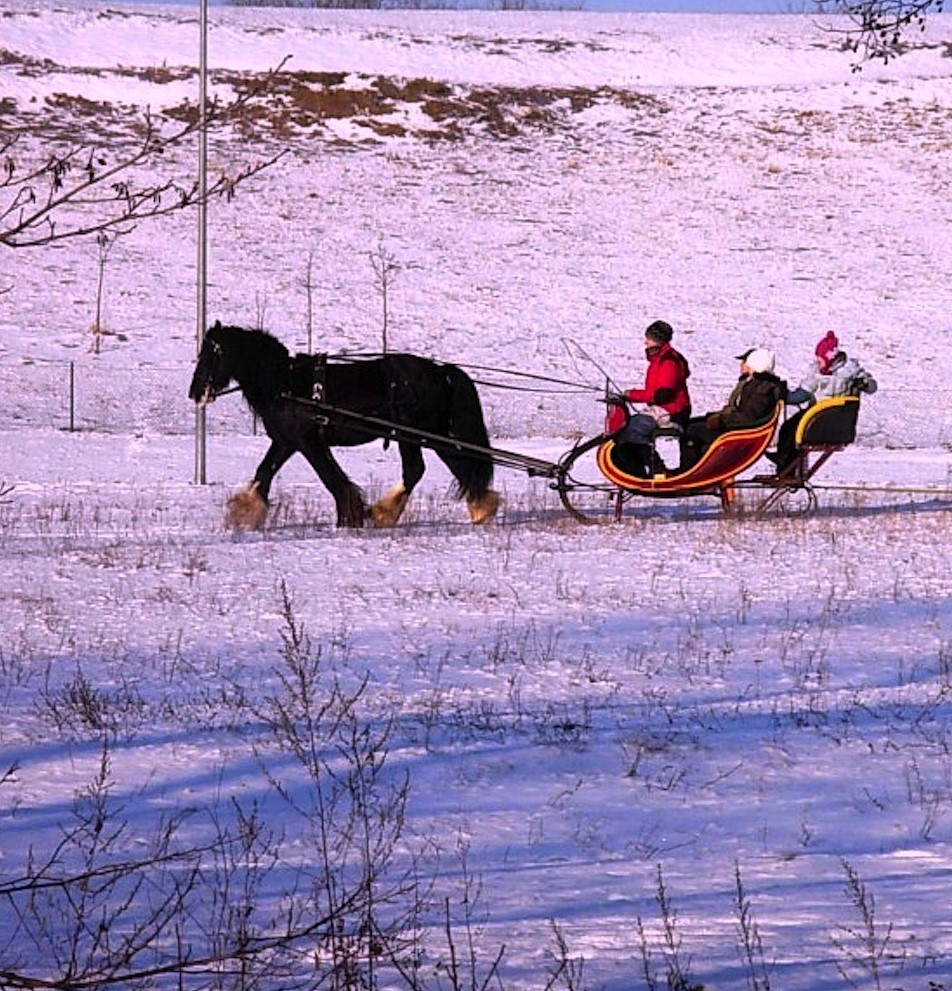 Image by David Mark from Pixabay

The best holiday songs have the ability to evoke a time, place, and feel. They are also often nostalgic, making you yearn for something you may only wish that you had experienced but never did. This is the case with Sleigh Ride, Leroy Anderson’s upbeat orchestral tune heard everywhere this time of year. Few of us may ever take a sleigh ride gliding across the snow, but many millions imagine the experience whenever we hear the song. Oddly enough, it was composed during a summer heatwave.1http://www.leroyandersonfoundation.org/sleigh_ride.php#:~:text=According%20to%20the%20composer’s%20widow,piece%20of%20the%20same%20name.%22

Just discharged from the service in 1946, following World War 2, Anderson moved into a cottage in Connecticut with his young family in July. The cottage was set up for indoor plumbing but wasn’t connected to the town pipes. So, Anderson was digging holes in the sweltering summer heat to link his new home to the town water supply. Is it any wonder that the idea of a brisk winter day was very appealing?

It was also never intended as a Christmas song. Rather, Anderson wanted it to convey the feel of an old-fashioned winter excursion. Based on classical music forms, the song has horns, bells, and hollowed wooden blocks called temple blocks which, when rhythmically struck, imitate the sound of horse hooves. There’s even a whip crack in the orchestration. Finally, the song ends with trumpets making a whinnying sound as the sleigh ride comes to an end.

Anderson had a reputation as an arranger of music for orchestras, and soon found himself associated with The Boston Pops Orchestra and their conductor, Arthur Fiedler, who knew a crowd-pleasing tune when he heard it. Anderson finished the composition in spring of 1948 and Fiedler insisted on performing it with the Pops that May. It became a staple of the orchestra immediately and was recorded by them the following year. Remarkably, the Boston Pops have recorded Sleigh Ride 7 times under 3 different conductors (Fiedler, John Williams, and Keith Lockhart).

Lyrics were added to Sleigh Ride by songwriter Mitchell Parish in 1950, with the approval of Anderson. In keeping with the non-holiday approach to the song, the lyrics refer to a “Birthday party at the home of Farmer Gray”, although many versions since have changed it to a holiday party.

Anderson himself conducted an all-star recording of it in 1959, which is still popular today. In fact, Sleigh Ride is still considered among the most popular Christmas songs in the world. There are versions of it in French (Promenade en traîneau), Italian (Corsa in slitta), Swedish (Slädfärd på två), and even one by R2D2 and C3PO which has to be heard to be believed.

It’s a bit of an earworm, I will admit, but Sleigh Ride is an ingenious composition that has clearly stood the test of time. Let’s raise a glass of Christmas cheer to Leroy Anderson and to his own definitive version of this great traditional song.