The Many Problems with Tomatoes Posted by Gary Locke on Jun 24, 2021 in Culture, English Language, English Vocabulary 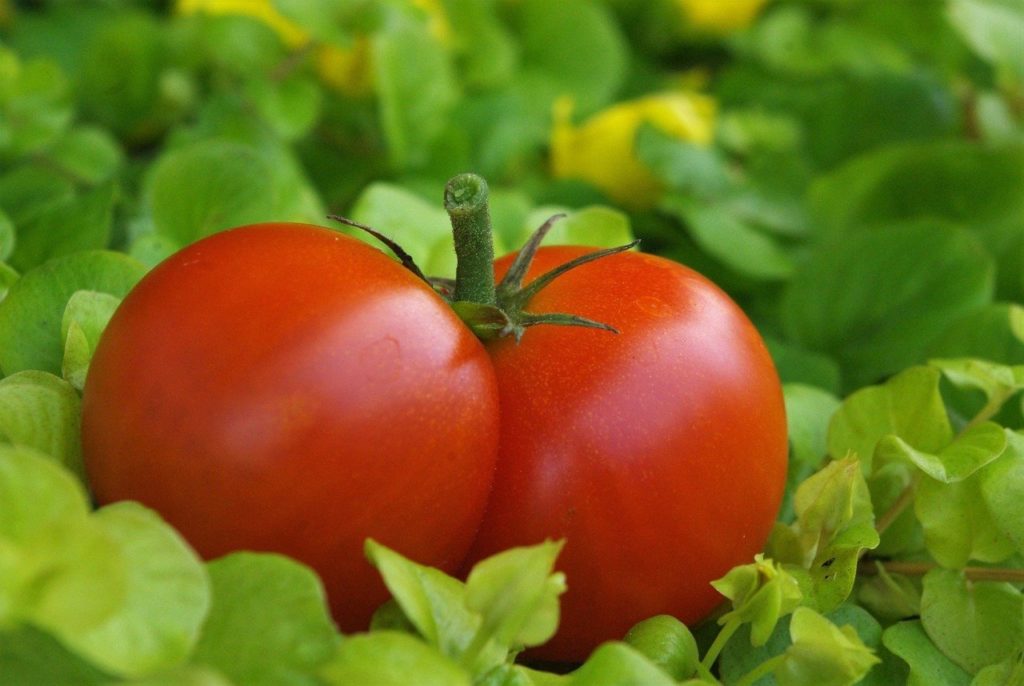 Image by Ralph Klein from Pixabay

There are several problems with tomatoes. I don’t mean that growing them is a problem (although they are susceptible to blights, worms, and pests of all kinds.) Rather, pronouncing, spelling, and even defining tomatoes in English are among the most irksome and debatable issues in our language. Songs have been written about this. The Supreme Court of the United States has made a landmark ruling about the definition of tomatoes. I’m not joking! We need to take a serious look at the tomato.

Let’s begin with the spelling of the word. Tomato. No silent e at the end. Yet, the plural of tomato is tomatoes. To people trying to learn English, this makes no sense. Nouns that end in o typically form the plural with the addition of an s. Taco-tacos, ego-egos, cello-cellos. But not tomato! It is an exception to one of the standard rules of English spelling. You can read hundreds of articles on why the plural of tomato is tomatoes, but every explanation is a theory. The honest answer is – nobody knows why! This also applies to potato. The plural of potato is potatoes. And that leads us to the next problem. How do you pronounce tomato?

Originally, the word was pronounced with an uh sound at the beginning and a short a sound: təˈmɑːtəʊ. The same was true for potato. Potato has been part of the English language longer than tomato. Many words became anglicized in an attempt to lose any connection to their origin, and potato was no exception. The stressed short a sound morphed into a long a sound, like the a in Plato: pəˈteɪtəʊ. The pronunciation of tomato began to alter in much the same way in most of the early colonies in the US. But the tomato, unlike the potato, is a New World plant. Many felt that it should be pronounced like the traditional pronunciation of potato. So, some areas insist on təˈmeɪtəʊ, while others on təˈmɑːtəʊ. Still, others like to pronounce the long o: təʊ mɑiːtəʊ. Basically, all pronunciations of tomato are acceptable in standard English. We just agree to disagree.

But, and this is the oddest thing about tomatoes, we can’t even seem to agree on how to define what a tomato is! Is the tomato a fruit or a vegetable? The answer, it seems, is yes.

A tomato is botanically defined as a fruit because it is formed from a flower and contains seeds.

Wrong. The US Supreme Court decided in 1893 that the tomato is a vegetable because of the way we consume it.

Wait…The United States Supreme Court? Why should they care? Good question. The answer, as it so often is, was because of money.

It turns out that, in 1893, vegetables that were imported into the United States were levied a ten-percent tax – but fruit was not.

When Manhattan wholesaler John Nix was taxed on a shipment of tomatoes in 1887, he sued the government on the grounds that tomatoes were not, in fact, vegetables.

It took six years, and many court filings, but the case finally made its way to the highest court in the land in 1893. You can’t blame Nix for being persistent – he had science on his side. But the court ruled that people neither prepare nor eat tomatoes like fruit.

“Botanically speaking, tomatoes are the fruit of a vine, just as are cucumbers, squashes, beans, and peas,” wrote Justice Horace Gray in his 1893 opinion. “But in the common language of the people, whether sellers or consumers of provisions, all these are vegetables.”

The decision has left the tomato in limbo between science and commerce ever since. The U.S. Department of Agriculture continues to define tomatoes as vegetables. The tomato is the official vegetable of New Jersey. But the states of Ohio and Tennessee have each named the tomato as their state fruit.

What do you say? Do you call the tomato a fruit or a vegetable? Or should we just call this whole debate off?