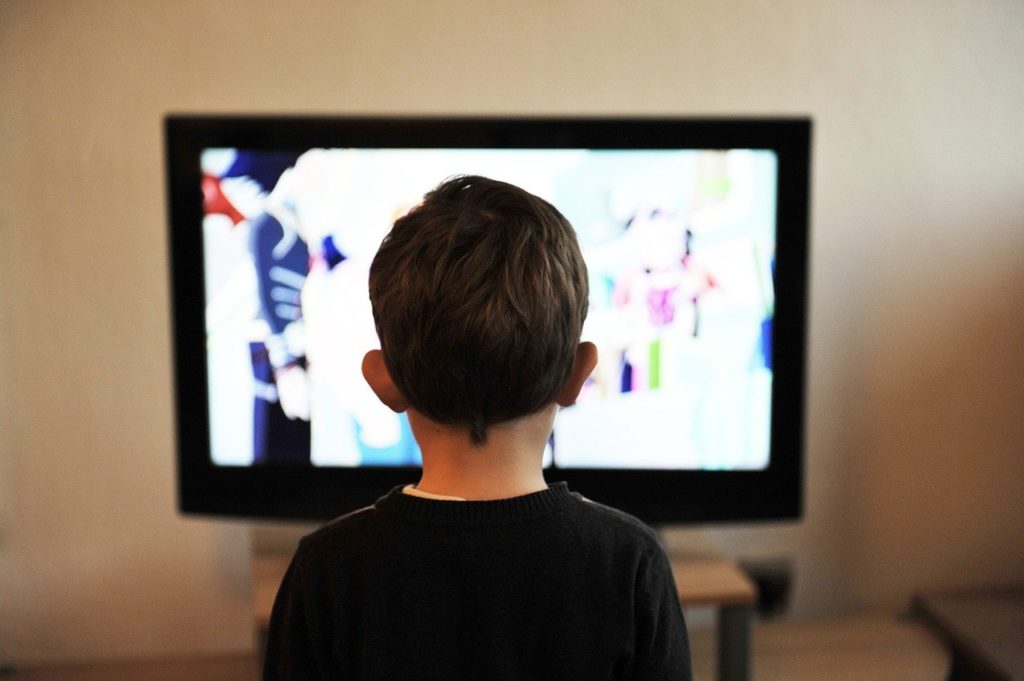 Image by Vidmir Raic from Pixabay

This morning I tried to watch television, but it wouldn’t turn on. I was using one of several remotes (or, as some people call them, clickers), the one that I use exclusively to start my television. Nothing. I was facing a blank screen. This was not a good start to my day.

Fortunately, I eventually managed to turn it on and catch the morning news and dozens of commercials. However, it occurred to me that I have neglected to ever provide the readers of this blog with some of the most useful vocabularies in the English language – watching television.

Many of you by now have figured out that I am not a young man. Nothing in my life has undergone a more radical change than the simple act of watching television. It began with a 12-inch screen set into a wooden box that relied upon an antenna (or rabbit ears) to receive a broadcast signal sent from a transmitter. With this, you could see, at most, three channels in grainy black and white. Today, a small box transfers a wi-fi signal by cable to my multi-channel receiver and from there to a monitor as big as 96 inches, and I can watch literally thousands of television shows and movies in such high-definition clarity that I may as well be looking through a window.

That old black and white television was turned on manually, by hand. You had to turn a dial to change the channel and then adjust the direction of the antenna on top of your television box. Later, many of us had the now much larger antenna attached to the roof of our house, with a wire running from the television to the rooftop antenna. For many, that meant the wire ran as many as three stories up through the house!. You may have had a remote control to change the angle of the antenna, in order to get a clearer picture. Bad weather, such as thunderstorms and snowstorms, would guarantee a much poorer reception. If there was a blizzard, you simply had to read a book. There would be no television reception that night.

Later came cable television. Television programs are transmitted to the screens of subscribers using wires strung along telephone poles. These cables go directly into the home and are attached to cable boxes. Another cable attaches to the television or to a receiver and then through other wires to the television receiver.

Most cable providers offer local channels that broadcast local news and are affiliated with the major networks (ABC, CBS, NBC, and FOX). There are other local channels that offer syndicated programming and reruns of popular older shows. This is called Basic Cable and includes some of the most popular cable networks, such as The Weather Channel, Disney Channel, and The Food Network. Premium Cable service adds additional subscription fees for networks such as Showtime and regional sports networks.

The most widely used alternative to cable TV services for many years was satellite television. A satellite dish would be attached to your building (often on the roof), and it received broadcast signals from satellites in orbit around the earth. A similar series of wires ran through the walls to a box, then to your television or to the receiver, and then out to the television receiver. With cable and satellite, there were always a lot of wires. And, just as with the antennas, bad weather would interrupt television reception – just not as frequently.

Many people still use cable and satellite for their television service. Of course, maybe the biggest difference between these methods of watching TV and the old antenna method is that we now must pay a fee. Some people still use antennas to receive free television broadcast signals into their homes. It’s called over-the-air reception. They see far less programming but, apart from the cost of now much-improved antennas, they don’t pay any fees at all.

If you want to live without all those wires and cables, then streaming television is for you. With a good Internet connection and a streaming device, you can watch all the television that you want. Get a smart TV, a gaming console, or a streaming stick, and/or a box. Connect these to either your modem or to your Wi-Fi, and you are good to go. These come with network apps like Netflix and Hulu already loaded, and you can add others. Choosing which ones you want takes some research, so get to know your options. The best thing to do is sign up for free trials.

I mentioned earlier that I have three remotes. One controls my TV, one controls my receiver, and one operates the streaming box. I am not proud of this, but I have yet to find a programmable remote that literally does everything that I need it to do – and I have looked. This is largely because I use my receiver to transmit and control the audio signal to my numerous speakers. And this is another major change in the way we watch television today. As impressive as the quality of the picture has become, now in Ultra High Definition, or UHD, the sound is equally as impressive. Multi-channel, high-definition sound enhances the viewing experience. This is a huge improvement over the little speaker in the back of that old 12-inch wooden box.

Oh, and the problem that I had in turning on my TV this morning? I needed new batteries for my remote.