What is a Limerick? Posted by Gary Locke on Aug 15, 2016 in Culture, English Language 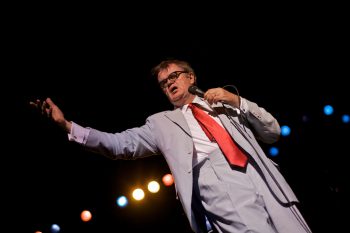 How about a little light verse?

Some that won’t be too sad, sober, or glum.

We just want to demonstrate wit,

With meaning that isn’t worth spit.

That was a limerick. It is one of the most basic examples of English poetry, and perhaps technically the easiest form to produce. As you can see, it is a humorous poem consisting of five lines, written in a distinctive meter with an equally distinctive rhyming structure (AABBA). The third and fourth lines are also typically shorter than the other three. Many children in the U.S. and Great Britain are introduced to poetry by learning the structure of a limerick, then composing examples of their own.

Of course, not all English language poems rhyme, and most which do are written in the classical iambic meter, particularly iambic pentameter, which was favored by Shakespeare. Each line of iambic pentameter has five beats, with the stress coming on every other syllable. Limericks also rhyme, but their structure generally uses anapestic meter – two unstressed syllables followed by a stressed syllable. This gives a kind of lighter sing-song quality to the poems, often making them easy to remember.

Why this form of poetry is named for a county and town in Ireland is something of a mystery. It’s said that, after a few drinks, every Irishman becomes a poet. So, in all likelihood, Irish pubs became the source for many an anapestic rhyme, including (and maybe especially) in the Mid-West County of Limerick.

While he didn’t create the limerick, 19th century illustrator Edward Lear is credited with popularizing the form. Lear entertained children with what he called his nonsense poems and songs, eventually publishing collections which delighted children and adults alike. Here’s an example of Lear’s charming style:

There was a Young Lady whose chin,
Resembled the point of a pin;
So she had it made sharp,
And purchased a harp,
And played several tunes with her chin.

Mark Twain, the famed American author and humorist, was very fond of limericks. So, too, were Rudyard Kipling, T.S. Eliot, and James Joyce. Science fiction author Isaac Asimov wrote and collected volumes of bawdy limericks. They’re not just for kids!

Racy, often vulgar, limericks have been popular for well over a century. They were told over drinks at pubs, and in vaudeville and burlesque shows. Limericks could entertain the working classes with clever, ribald word play and never be recognized as poetry. Radio host Garrison Keillor recently said that, as a 12 year old boy, he heard the notorious verse of The Man from Nantucket and could not stop laughing. (I’ll leave it to you to find that particular limerick.) Keillor is a master of the limerick, and recited many on his radio show, A Prairie Home Companion, often seemingly spontaneously. Here’s an example of a Keillor limerick:

There was a young fellow of Reno
Who lost his shirt in the casino,
And the kitchen sink
And most of his drink
Except for a small maraschino.

The limerick may not be regarded as a high art form, but a good one is memorable, entertaining, and can inspire people of all ages to write more. Go ahead – try writing one now!