Today is mardi, le 1er mars … et c’est Mardi Gras1Tuesday, March 1 … and it is Mardi Gras! In honor of the day, today we look at a few different types of celebrations … 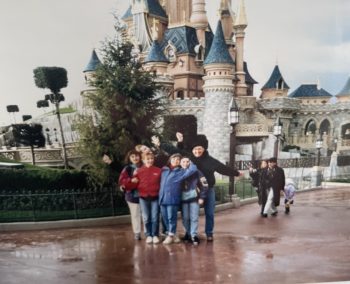 It’s traditional to feast on this last day before Lent, and for many the day’s eating isn’t complete without a local fried dough. Around France, each region even seems to have its own special treat for the day. “En effet, les mets de prédilection de cette journée sont les beignets, les crêpes ou les gaufres”2Effectively, the food of choice on this day is often beignets, crepes, or waffles.

If you’re in the mood for a little cooking of your own, this article includes links to recipes for Mardi Gras treats

Ça (ne) saute (pas) aux yeux!3It’s (not) so obvious [lit. It (doesn’t) jump to your eyes]! Sometimes the most obvious things elude us. In getting ready to write this week’s post and looking back to last year, I oh-so-briefly had the thought “Oh look, Mardi Gras was on a Tuesday last year too. What a coincidence!” Of course, just like les vendredi 13 always fall on Friday, Mardi Gras always falls on a Tuesday!

It’s award season (or so they say) and a good entertainment awards show is a celebration of its own. Le 25 février4February 25 France celebrated the 47e Cesars to honor the best in French film.

In related news, the French actrice Valérie Lemercier won the Cesar for meilleure actrice8best actress for her work as “Aline” in the film of the same name … a sort of “vrai faux biopic de Céline Dion qu’elle a écrit et réalisé”9pseudo (lit. true false) biopic about Céline Dion that she wrote and directed.

In 1992 The Walt Disney Companies opened their latest global theme park in the middle of a former farming community to the east of Paris. When I was living in France after college, I had the chance to visit the recently opened park with some of my family. It was a rainy, gray 11 novembre1011th of November, but we still managed to have a great time.

Originally known as EuroDisney, the park – now known as Disneyland Paris and about to celebrate it’s 30th anniversary – wasn’t very popular when it first opened and there weren’t a lot of people. We had the run of the park almost to ourselves. In the intervening years, much like their changing opinions about le McDo, the French have come to embrace the park and it is now a popular destination. 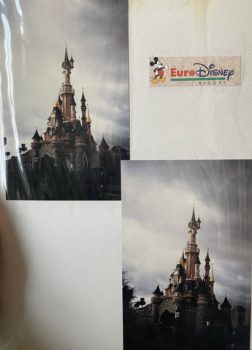 Le Prix Lumière—Or The French equivalent of the Golden Globes