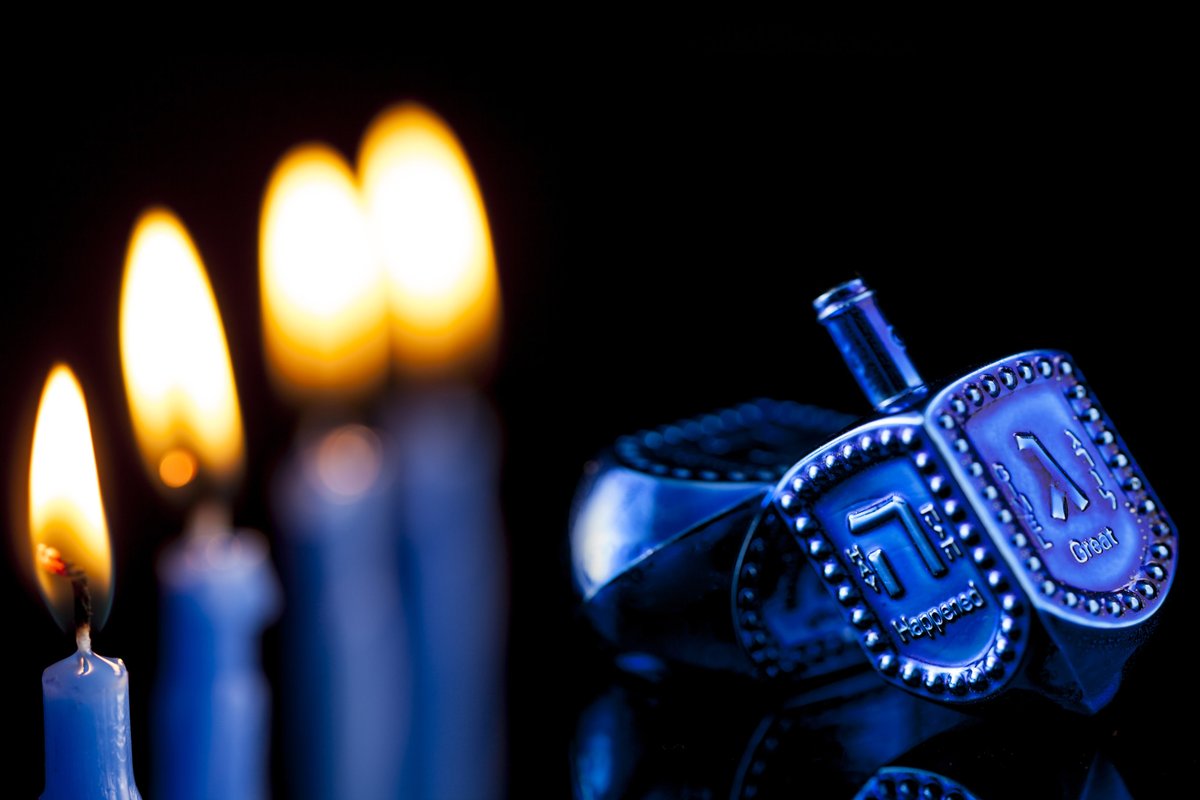 December is a very festive month for people all around the world. We’ve covered French Christmas vocabulary, songs, and traditions quite a few times on the blogs, but we haven’t yet looked at Hanukkah. It’s a wonderful Jewish holiday celebrating the miracle of the long-burning flames.

There are roughly 480,000 Jewish people living in France, but there aren’t many (or any that I can find, for that matter) large community celebrations for the Festival of Light in the Hexagon. No worries, though – the traditions of Hanoucca don’t need to be celebrated downtown. While the holiday always occurs in the winter, the exact dates change every year. Pourquoi ? It’s based on the original Hebrew calendar which differs from the Gregorian calendar we use now.

Hanukkah is most certainly the most famous of the Jewish holidays, but you can ask any rabbin (rabbi), and he’ll tell you that it’s actually one of the least important on the Hebrew calendar. Major holidays include Sukkot and Passover and even the weekly Sabbath, but Hanukkah is only a minor festival. While it may be recognized only as minor, l’histoire derrière la fête (the story behind the celebration) is quite interesting – it’s one of oppression, religious freedom, an uprising, and a miracle.

Around 200 B.C.E., Judea (the Land of Israel) was part of the Syrian-Greek Empire under the rule of Antiochus III. While under his reign from 222-186 B.C.E., he allowed the Jews to pratiquer (practice) their religion. In fact, he allowed les Juifs (the Jews) a number of privileges for a while. After his death, his son, Antiochus IV, began his ruling and proved to be even more oppressive toward the Jews: he outlawed the Jewish religion and ordered its followers to worship Greek gods. Later, he would send soldiers to Jerusalem to massacre thousands of people.

As history has shown us time and time again, religious persecution doesn’t come without a fight. Jewish priest Mattityahu and his 5 sons led une rébellion (rebellion) against the Seleucis monarchy. After Mattityahu’s death, his son Judah Maccabee took charge of the rebellion. Within 2 years, the Jewish army had driven out the Syrians. Judah then asked his followers to cleanse the Second Temple which had been destroyed: a statue of Zeus had been erected and pigs were sacrificed within the Temple’s walls.

Part of the restoration including rebuilding the altar and lighting la menora (the Menorah), the candelabrum with 7 branches representing knowledge and creation. The golden Menorah had been stolen by the Syrians, so they decided to make one of a cheaper metal. When the time to light it came, the Maccabees unfortunately only found a small crus e of pure olive oil which was only enough to burn for 1 day. But, as the story goes, here is where the miracle took place: the worshipers lit the Menorah anyway, and the the flames burned for 8 days – just enough time for new and pure oil to be available. God had taken these people under His protection, and from then on, the Jews have used these 8 days every year as a way to give thanks.

Hanukkah in French, just as in English, as multiple spellings, but Hanoucca seems to be the most popular. The holiday is also known as la Fête des Lumières (The Festival of Lights – not to be confused with the Christmas lights in Lyon) or la Fête des dédicaces (the Feast of Dedication).