We’ve gone over faux amis, or false cognates, on the Transparent Language blog before (here and here). But faux amis are one of the most likely vocabulary issues to trip up new French learners…so it is always worth going over again!

For a quick recap, les faux amis are words that seem to be the same in both English and French, but are not. A common example is the English word “actually” and the French word actuellement. Actuellement does not have the same meaning as “actually” in English, although it looks like it should. Rather, actuellement means “currently.” For French learners who have heard or read this word and guessed the meaning, they might use this in conversation or writing in an improper way. (Sometimes, false friends can lead to very humorous misunderstandings!)

There are many such faux amis. Why? Because English has adopted many loan words from French, particularly during the Rennaissance period. Over hundreds of years, these words have diverged in their original meaning in one language or another (or both). Faux amis are living proof that language is a living and constantly changing system. Pretty cool, right? 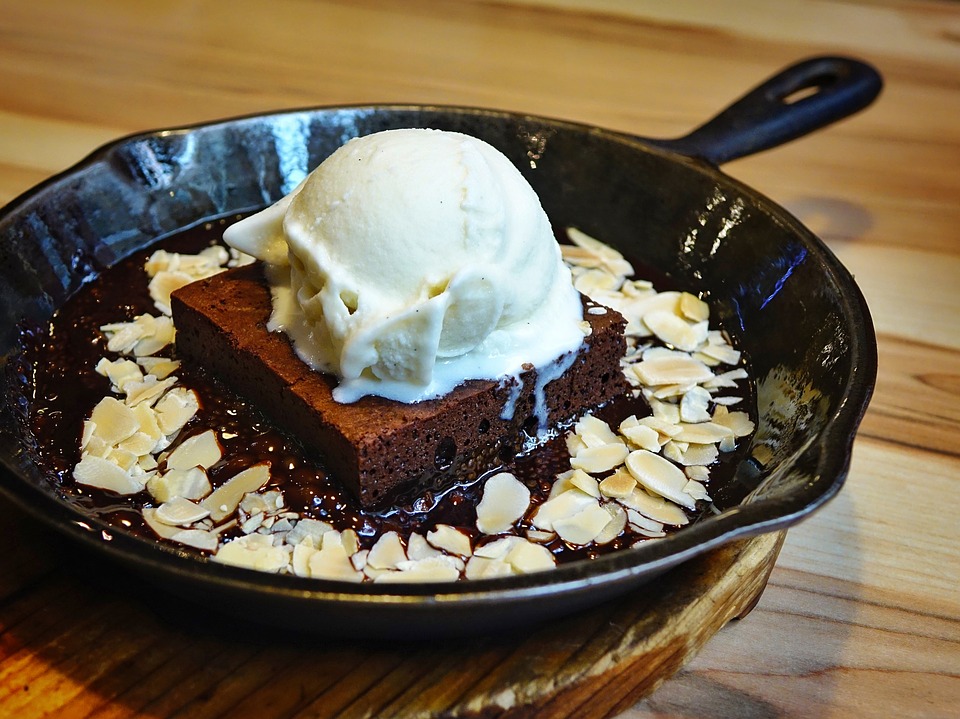 Do you like your pies à la mode? I do. In English, this expression can mean both that something is fashionable or that it is accompanied by ice cream (how did that meaning of the expression come about? You can read more about the fascinating history of this French expression in English here.) You would never use this expression in terms of adding ice cream to pie or another dessert in France, though. Rather, à la mode still means fashionable in French, although it can occasionally be used in the culinary sense in terms of adding vegetables to a dish, such as in boeuf à la mode.

Chef is actually a French word that actually means “boss.” In English, of course, a chef is the boss of a kitchen, or the principal cook. Not so in French. Rather, a cook in French is called un cuisinier (une cuisinière) or un restaurateur. A chef in French would perhaps be your company’s boss, then, and not the person who cooks you up delicious food!

This is a big one. In American English, an entree is the main course of a meal. In French, however, l’entrée (which literally means “the entrance”) is the appetizer, or the dish that starts the meal! The main dish in French is called le plat principal. Although, more formally, you might hear it referred to as le plat de résistance because it is the dish that helps partakers resist their hunger until the next meal. (Kind readers have let me know that in Australian and British English, the entree is, in fact, the starter and not the main dish. Thank you!)

Have you ever heard the expression, “Oh, that’s so passé?” In English, this means something that is outdated. In French, passé literally means “passed” or “past.” But French speakers would never just say passé in this sense. Rather, they would say passé de mode, which is a truer translation of “outdated.”

In English, a resume can be a job document that lists a candidate’s previous employment and educational experience. Not so in French. The French refer to this employment document as un CV (SAY-VAY), or a un curriculum vitae, as is used in certain employment domains in the United States, such as in academia. Un résumé in French just means “a summary,” so you can understand how it came to be used in this new sense in American English!

Can you think of any other important faux amis? List them in the comments below!