Staying In The Juice – Useful French Expressions Posted by John Bauer on Apr 18, 2018 in Culture, Vocabulary

Learning new expressions is a fun but difficult part of learning une langue (a language). It gets even harder when des expressions start building on top of each other by adding in les jeux de mots (puns). 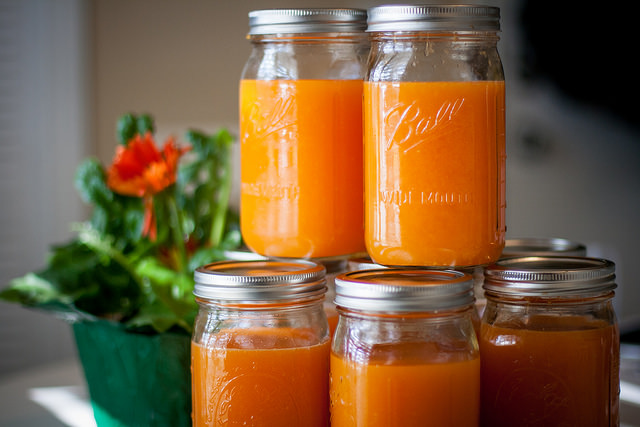 There is a very useful expression française (French expression) that is nice and short and doesn’t involve having to understand any fairy tales:

Se tenir au courant
To keep in the loop, To keep updated, (Literally: To hold oneself in the current)

The important part of l’expression is le dernier mot (the last word):

Understanding that it means informé (informed) is pretty easy to see and if you ever get lost, a non-idiomatic way to say the same thing is simply se tenir informé (to keep/stay informed). However, le courant is important to people learning French, because it has so many possible definitions:

In l’expression, le courant is used to refers to something common or known. Cela dit (that said), there is another expression française that builds on se teir au courant, but uses le jus:

Se tenir au jus
To keep in the loop, To keep updated, (Literally: To hold oneself in the juice)

Because this is une expression, it’s easy to just accept that you have to say le jus, but after learning what le courant means in the original version, le jus seems rather out of place.

Pourquoi on parle du jus de fruits ?
Why are we talking about fruit juice?

Le jus comes from un jeu de mots (a play on words, a pun) with le courant. One of the definitions for le courant refers to electricity and le jus is an informal way to refer to le courant éléctrique (the electric current).

La confusion comes from how le jeu de mots is based on a different definition for le courant than the one used in l’expression!

Understanding how a strange use of le jus actually makes sense makes remembering both se tenir au courant and se tenir au jus easier. As an added bonus, with one expression we learned three different words to say the same thing: