16 English Words That Are Actually German (Part 1) Posted by Constanze on Mar 29, 2015 in Language

Yes, it’s another Denglish post – but this time with a twist!

We might get slightly irritated with the way the English language is manipulating modern German (and the various ways in which it’s doing it), but before we get too irritated, let’s take a look at how many German words the English language uses! Some are more obvious than others, and some might even surprise you.

I’m splitting this into two parts as there are a lot of words to cover. Here’s part 1. 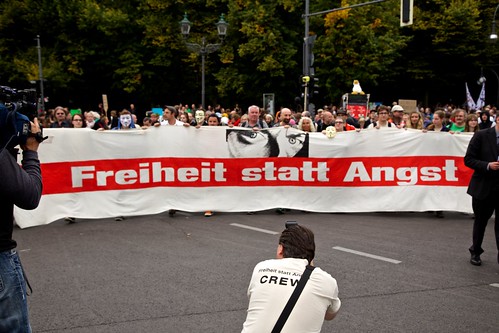 Über
Literal translation & German meaning: About, over or above (depending on context)
Meaning in English: Used to mean ‘extra’ or ‘extremely’. It is used in front of another word, for example über-cool.
Use in a sentence: That guy is an uber-geek.
Extra fact: The English version is often used without the Umlaut, so it becomes uber.

Kitsch
Literal translation & German meaning: Something trashy/gaudy, possibly from the verb kitschen, meaning ‘to smear or scrape together’
Meaning in English: Something tacky, gaudy or tasteless, mainly referring to music, jewellery, art, decor or fashion.
Use in a sentence: Her house is full of kitsch!
Extra fact: The adjective kitschy is used in English in place of the German kitschig.

Strudel
Literal translation & German meaning: Whirlpool (in middle-high German), but refers to a type of pastry dessert.
Meaning in English: A German pastry dessert e.g. Apple strudel.
Use in a sentence: How about some apple strudel tonight? 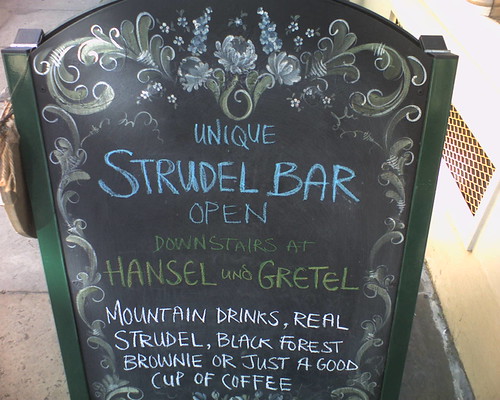 Strudel Bar. Photo by slayeh on flickr.com under CC BY-SA 2.0

Dachshund
Literal translation & German meaning: Badger-dog, referring to a breed of dog
Meaning in English: The breed of dog also referred to colloquially as a sausage dog (though the English pronounce it ‘dashund’)
Use in a sentence: I’m taking my dachshund out for a walk

Rucksack
Literal translation & German meaning: Back sack, meaning backpack
Meaning in English: Backpack
Use in a sentence: I need to pack my rucksack for school
Extra fact: This is still used in English, though backpack is more common

Did any of these words surprise you? How often do you use these words, or see them used in English?

Check back soon for part 2!