4 Ways German Differs From English Posted by Constanze on Sep 25, 2019 in Language

Guten Tag! When learning a language, people often want to know how the target language differs from their own. Recognising these differences can be a very useful way to get to know and understand the characteristics of the language you are learning. So here are four ways that German differs from English! 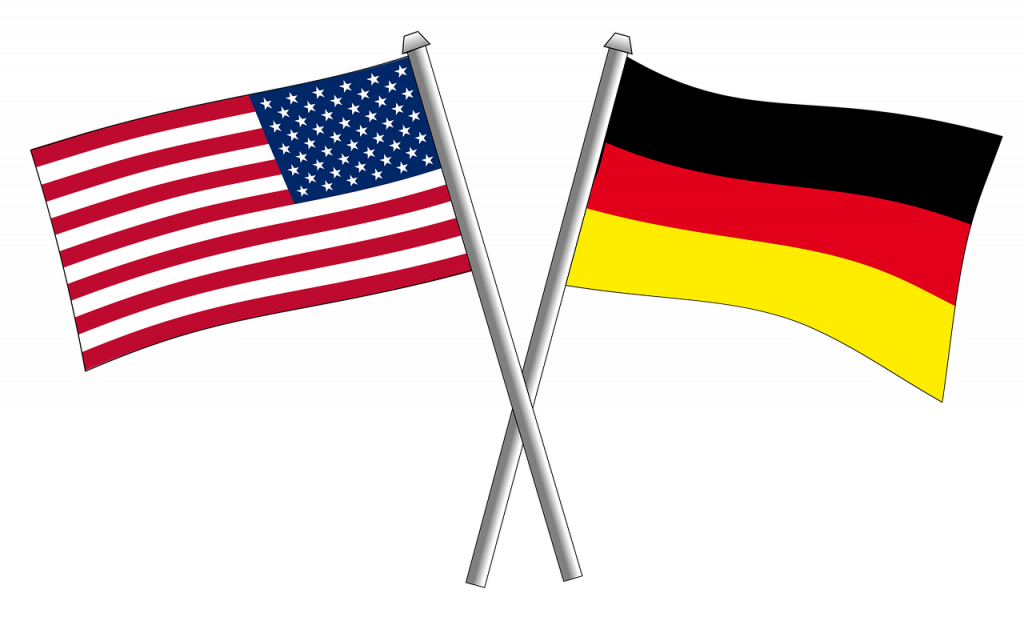 English has the soft ‘th’ sound, but German does not.

This is why many native German speakers struggle to pronounce ‘th’ sounds when speaking English. They will often pronounce it more like a Z or a V. For instance, my German aunt always says ‘wiv’ instead of ‘with’.

This is extremely noticeable when reading German, often causing people to ask, ‘Why are there so many capital letters in German sentences??’ The answer is simple: All nouns are capitalised in German! Knowing this should also make it easier for you to identify nouns in a sentence, and therefore help you navigate your way around what you are reading.

German nouns have one of three genders (also known as articles), while English nouns only have ‘the’.

English has one word for the word ‘the’, while German has three: der (masculine), die (feminine) and das (neuter). These genders do not necessarily have anything to do with the noun they are assigned to. In fact, they are pretty random! For example: You’d expect the word ‘girl’ in German to be feminine, but it is in fact neuter (das Mädchen). There is no magic trick to knowing what word has what gender; they simply need to be learnt as part of the noun itself, and then they will be easy to remember. However, there are a few patterns to be learnt: Here’s a post on German noun gender hints to help you out.

Numbers in German are said the opposite way round to English.

In English, you say ‘twenty-one’. In German, however, once you get into double figures you say ‘one-and-twenty’ (einundzwanzig), ‘four-and-thirty’ (vierunddreißig – 34), ‘six-and-sixty’ (sechsundsechzig – 66) and so on.

I hope this has been helpful. Can you think of any other ways German differs to English?