CRAZY Snow Weather in Germany! Posted by Sten on Feb 8, 2021 in Culture, Language

It doesn’t happen often that the Wetter (weather) is the headlining topic in the evening news. And yet, it happened this weekend in Germany. Suddenly, Germany was hit with a big winter storm. It meant real Wintereinbruch (onset of winter) in Germany. Starting in my home state of Niedersachsen (Lower Saxony), the Schneesturm (snow storm) swept across the country. What happened? And what’s a Flockdown?

As the Tagesschau reported, Germany saw a massiver Wintereinbruch (massive onset of winter) this weekend. With eisigen Temperaturen (icy temperatures) and starke Schneefälle (heavy snowfalls), the Deutscher Wetterdienst (DWD) (German Weather Service) called it an außergewöhnlicher Wintereinbruch (extraordinary start of winter). Within 24 hours, up to 40 centimeters of snow fell.

With temperatures of down to -20°C (-4°F), precautions were taken. In Berlin, for example, more Notunterkünfte (emergency shelters) were made available to make sure Obdachlose (homeless people) wouldn’t freeze. There were many Zugausfälle (train cancellations), and the Deutsche Bahn offered Übernachtungsmöglichkeiten (accommodation options) for gestrandete Reisende (stranded travelers). Furthermore, you should avoid driving. The Deutsche Welle reported that Glatteis (black ice) was going to be a problem on roads. To this effect, the DWD warned on Saturday: “Fahren Sie nur mit Winterausrüstung und vermeiden Sie grundsätzlich Autofahrten!” (Only drive with winter equipment and avoid car drives where possible!)

A different story: Sahara-Staub in the south

In stark contrast to the events in the north, the south was dealing with another strange weather phenomenon. A gelber Himmel (yellow sky) was visible in some parts of Europe this past weekend, including in Bavaria and Baden-Württemberg. Sahara-Staub (Sahara dust) was swept up and carried all the way across the Mediterranean Sea to land on Skipisten (ski pistes) in the Alps. Crazy, right?

This big difference in weather is because the south is dealing with warmer, tropical air, while the north is plagued by cold arktische Luft (arctic air). 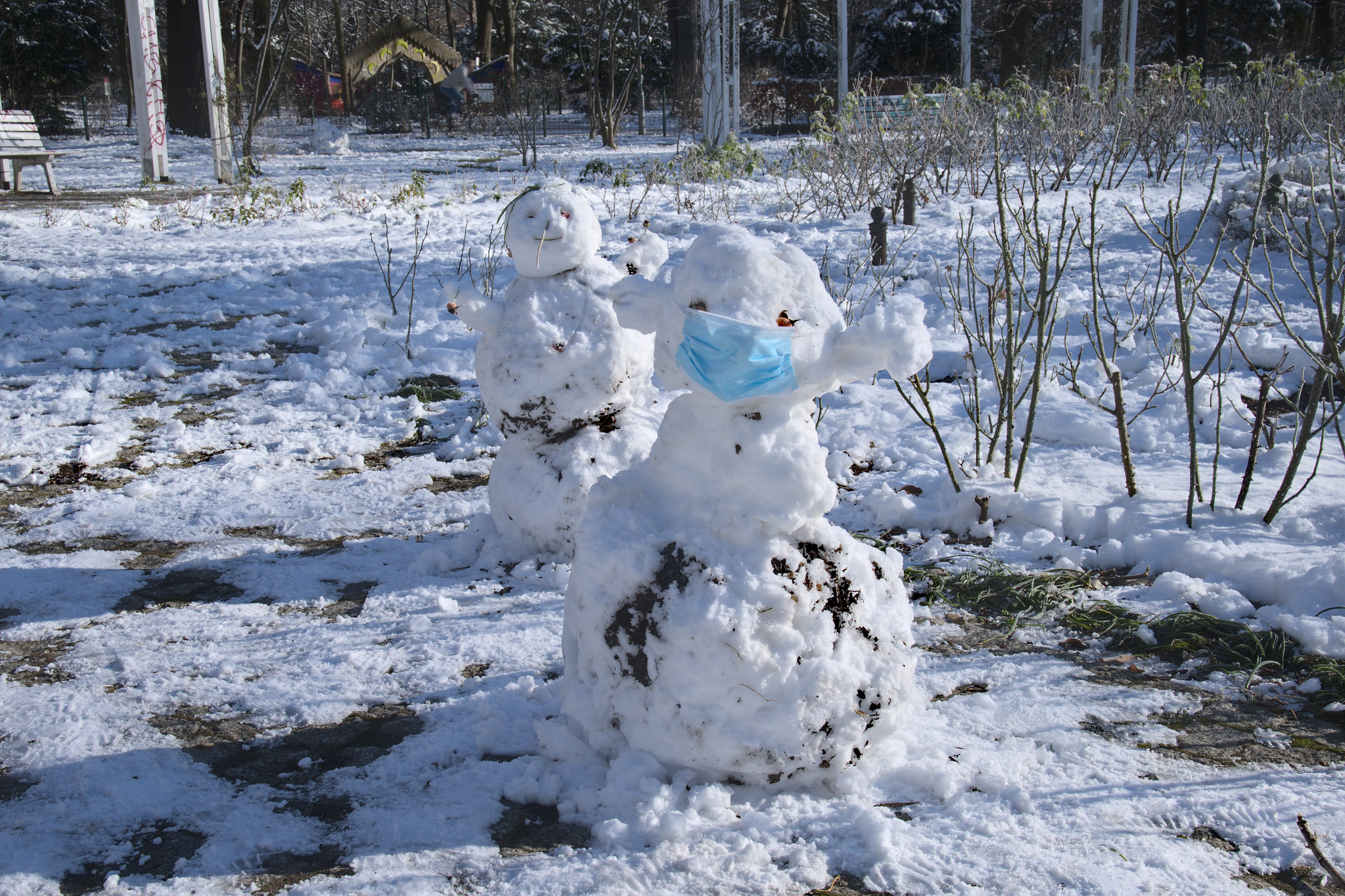 Image by Peter Simons at Flickr.com under license CC BY 2.0

The weather isn’t all bad, however. On social media, the #flockdown is going around. It’s a play on words made up of the coronavirus-related Lockdown currently in place in Germany and the German word Schneeflocke (snowflake), or simply, Flocke (flake). Flockdown refers to this event of strong Schneefall and Schneestürme that also forces people to stay home.

But that doesn’t mean people couldn’t go outside and enjoy the snow a bit. Whether it’s a nice Winterwanderung (winter hike), Schlitten fahren (to sleigh), a Schneeballschlacht (snowball fight) or the good old Schneemann bauen (to build a snowman), Germans could also find fun in this extreme weather.

This extreme weather is expected to stay in Germany for at least another week.

What would you do in this weather? Stay home or enjoy it while you can? I want to know, so let me know in the comments below!