Denglisch On Social Media and Websites Posted by Constanze on Mar 15, 2015 in Language, Uncategorized 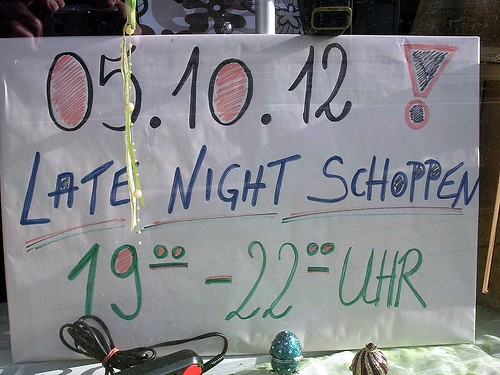 Photo by erix on flickr.com under CC BY 2.0

Denglisch (German spelling) or Denglish (English spelling) is probably a term you’ve heard before. It is used to describe the mish-mash of German and English that is becoming more and more prominent in Germany.

Using English words instead of German ones, or anglicising the German language in one way or another is now fashionable, and English can even be seen in German advertising and media (which is probably why everybody else is using it, too). There are different types of Denglisch, but today I’m going to focus on the Denglisch that’s used on social media and websites.

I follow a fair few Germans on Instagram and Twitter, and I often come across some English or anglicised words in their Tweets and captions. Here’s a little list of words I’ve seen used on social media and other websites:

Shoppen (or even Schoppen) –to shop

But what are these words in German, rather than Denglisch? The following ones are pretty straight-forward: 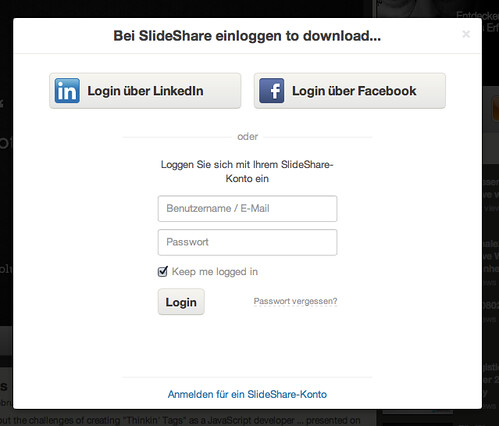 Denglisch in use online! Photo by tomascaspers on flickr.com under CC BY-SA 2.0

The rest of them are a little more complicated!

Klicken :: Actually, klicken is the German word. But it was loaned from the English click. To be more German, you could use the word drücken – to press. By saying, Hier drücken, for example, you’re saying Click here (in the context of internet usage, anyway).

Browsen :: The German translation of to browse is durchblättern, though this refers to leafing through a book. You could also say durchsuchen (to look through/search through). Another commonly used phrase for browsen is Im Internet surfen – which is Denglisch at its best! This particular phrase (Im Internet surfen) is nothing new, though – I remember it from years back!

Googeln :: Since to google is an acceptable verb in the English language now, we can let the Germans off this particular Denglisch word. However, if you wanted to use the word for what to google really means – ‘to look something up’ – then you can use the verb nachschauen.

I’m intrigued to find out which Denglisch words you’ve seen or used on social media, websites and forums! Let me know in the comments!