Deutsche Wiedervereinigung – 25 Jahre Posted by Sten on Oct 8, 2015 in Culture

On October 3, also known as the Tag der Deutschen Einheit (Day of German unity), the Germans celebrate the unity of the former Deutsche Demokratische Republik (DDR) (German Democratic Republic – East Germany) and the Bundesrepublik Deutschland (BRD) (Federal German Republic – West Germany). This unity as one state was a fact on October 3, 1990, just 328 days after the Berliner Mauerfall (fall of the Berlin wall), which was on November 9, 1989. 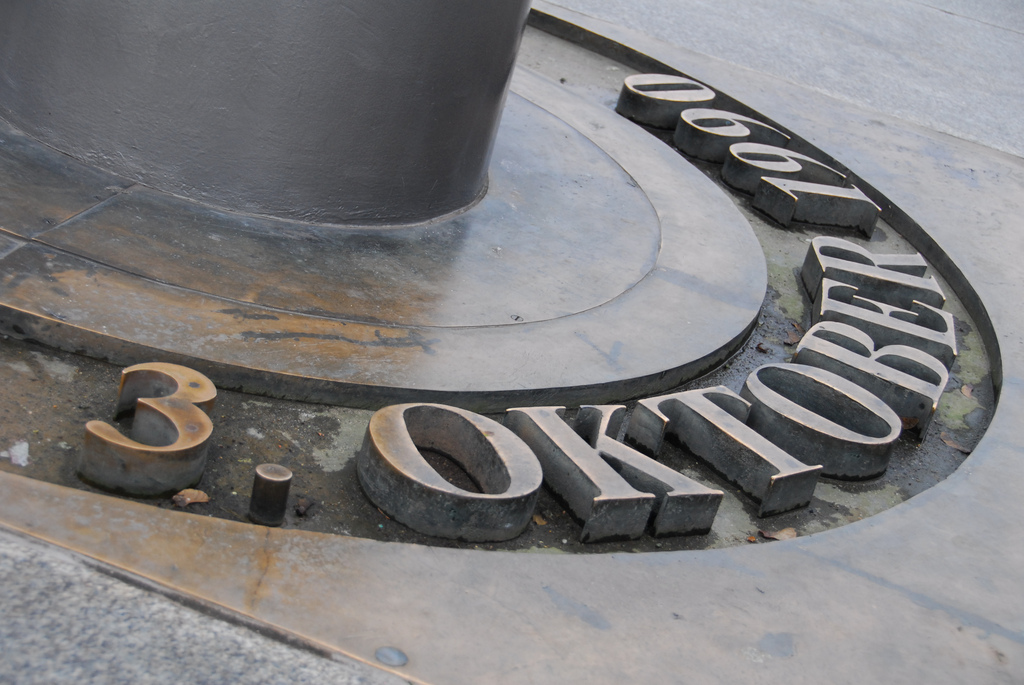 The base of the Flag Pole a the German Reichtsag building (Image by George Nell at Flickr.com under CC BY-SA 2.0)

Just like the Mauerfall, the Wiedervereinigung (Reunionification) was a very emotional, important moment in German history. Armin Himmelrath, a German journalist, wrote about his experience on October 2 in Berlin. The Wiedervereinigung would be official on Midnight from October 2 on October 3, and thus the people of Berlin already celebrated on the day before – reinfeiern!

The Mauerfall was so significant, because Germans that had been separated for decades could finally see each other again and the long awaited German unity came much closer. However, the DDR still existed, and there was still no real unity. There was a different currency, the Ostmark, a different political and economic system, a different focus and mentality, a LOT was different. These differences came to an end, when more and more people moved to West Germany and, finally and officially, on October 3, 1990, with the Wiedervereinigung. It was a sign of freedom – the East Germans wanted freedom, and a united country, just like the West Germans. At that moment in time, that was all that counted. And last week, 25 years of this deutsche Einheit were celebrated, the victory of the people (Wir sind das Volk! – We are the people!) over the hostile regimes, and even the Cold War at large. 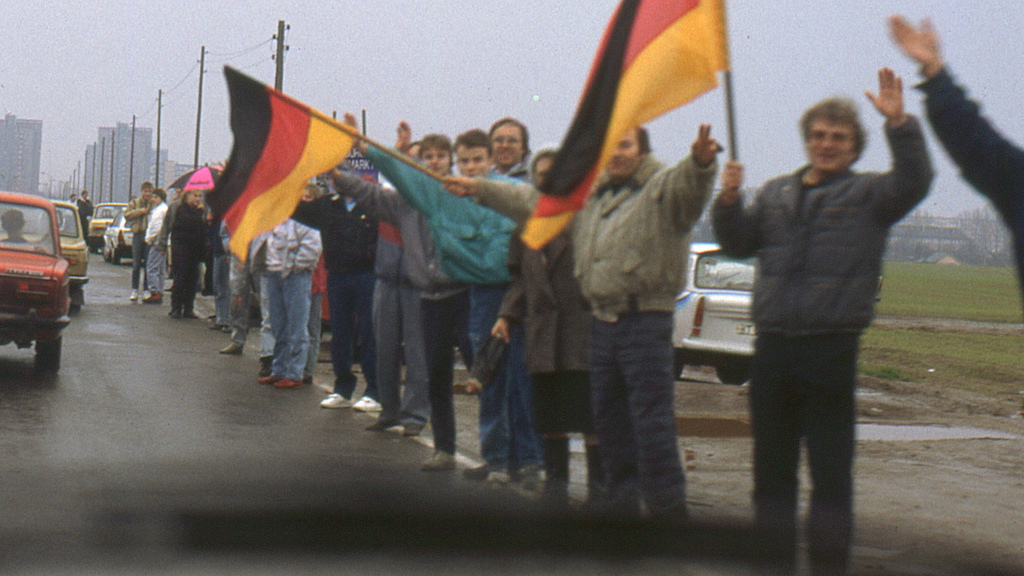 Wir sind das Volk! (Image by Wilhelm Rosenkranz at Flickr.com under CC BY 2.0)

In Frankfurt and Berlin, the Wiedervereinigung was celebrated. In Frankfurt, because it is in Hessen, the Bundesland (federal state) that chairs the Bundesrat (Federal Council) at the moment. And in Berlin for obvious reasons! In Berlin, the Bundespräsident (Federal President) Joachim Gauck made an appearance and gave a speech (also available in English!), and focused on the refugee crisis that keeps Germany busy at the moment.

There was a great light show in Frankfurt, too. Below is an excerpt.

What about the differences?

There are still many differences, however. The West in general has a higher income, lower unemployment rates, and a different view on the Wiedervereinigung. Whereas almost 75% in the East is in favor of it, barely half of the people in the West like it.

These differences were not ignored, but were taken into account, by imposing a tax to help “rebuild” the East. When it was introduced, it was supposed to last for just a few years. This Solidaritätszuschlag, or Soli, is still in place, and has been heavily criticized. Even though it counts for all Germans, most criticism came from the West – because most of the tax, obviously by size and higher income, comes from the West. Anyhow, there are no plans to remove the Soli.

Other than that, there is apparently a different mentality in the East, too. Though this is more guessing, it is clear that differences exist, and that a real Wiedervereinigung is not yet achieved.