Berlin to release glowing ‘Balloon Wall’ into night sky for 25 year anniversary Posted by Constanze on Nov 9, 2014 in Uncategorized 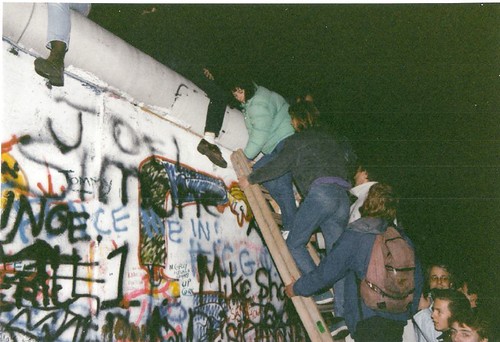 Photo by gavinandrewstewart on Flickr.com under CC BY 2.0

Today, the 9th November 2014, is a historic day for Germany. It marks the 25 year anniversary of the fall of the Berlin Wall (Die Berliner Mauer in German).

For 28 years (1961-1989 inclusive), Germany was divided into East (Deutsche Demokratische Republik or DDR in German; German Democratic Republic or GDR in English) and West (Bundesrepublik Deutschland or BRD in German; Federal Republic of Germany or FRG in English). The Eastern DDR was governed by the Soviet Union, while the Western BRD was split into zones governed by the United States, United Kingdom and France.

The capital city of Berlin, despite being firmly in the Soviet zone, was also divided. It became East Berlin and West Berlin, with the East governed by the Soviet Union, and the West by the United States, the UK, and France. However, on 13th August 1961, Berlin’s political division gained a physical face: This was the historic day that the Berlin Wall went up.

The East German authorities claimed the Wall was to prevent the “fascist” influences of the West on their communist society. While West Berliners could visit East Berlin (under strict controls), East Berliners were not allowed to leave at all. Should anyone make an attempt at escaping, the East German border guards had a “shoot to kill” order which meant they could kill any citizen who disobeyed their orders to stop. In the 28 years that the Berlin Wall was up, hundreds of people lost their lives trying to flee East Germany.

The Wall came down almost as suddenly as it went up. There had been mass demonstrations and protests against the communist regime by East German citizens for months leading up to November 9th 1989. The Eastern communist bloc was weakening, and in Poland and Hungary the system appeared to have collapsed altogether. There was political unrest, but nobody could have predicted what would happen next.

On the evening of 9th November 1989, the East German authorities announced that East Berliners were free to enter West Berlin “sofort” (immediately). Just like that, the Berlin Wall was no more.

The DDR and BRD reunited to become Germany on October 3rd 1990. 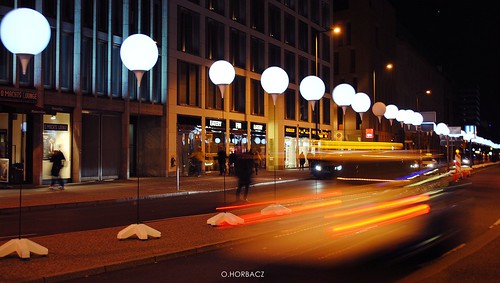 Photo by O.Horbacz on Flickr.com under CC BY 2.0 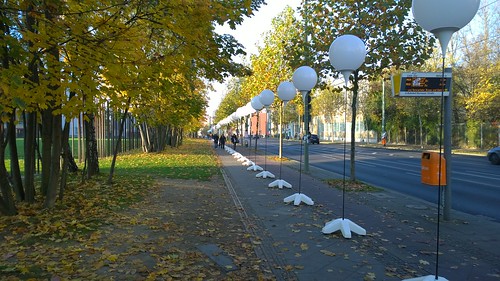 Photo by berlincount on Flickr.com under CC BY 2.0

To mark the 25 year anniversary of the Berliner Mauerfall (Fall of the Berlin Wall), 8,000 illuminated balloons were installed last week in Berlin, marking where the Wall used to be. This wall of balloons is known in German as the Lichtgrenze (light border). Tonight, this Lichtgrenze will disappear, as the Berlin Wall did 25 years ago; every last balloon will be released into the night sky as a beautiful symbol of German reunification, and a reminder of the historic day when the Wall came down.

Click here to read more about the exhibitions and events surrounding the 25 year anniversary of the Berliner Mauerfall.

If you’d like to read more about the history of the Berlin Wall, I can recommend a book called “The Fall of the Berlin Wall” by William F. Buckley Jr. I borrowed this book from my library sometime last year, and it was a fascinating read.

What do you think of the Lichtgrenze (balloons) as a way of remembering the fall of the Berlin Wall? Please do share your thoughts, experiences and feelings on this topic in the comments. Personally, I wish I could be in Berlin tonight to watch the Lichtgrenze float away. If you’re there, let us know what it is/was like. 🙂