The Curiosity of the German Word “Mütend” Posted by Sten on Apr 22, 2021 in Culture, Language, Television

Ah, the Pandemie (f, pandemic). We’re still in the middle of it, especially with the relatively slow vaccination rate in Europe. Between opening up the country and new Lockdowns (m, lockdown), continuing economic hardship and mentally trying times, there is a lingering frustration among Germans. And there’s a new word for that: Mütend. 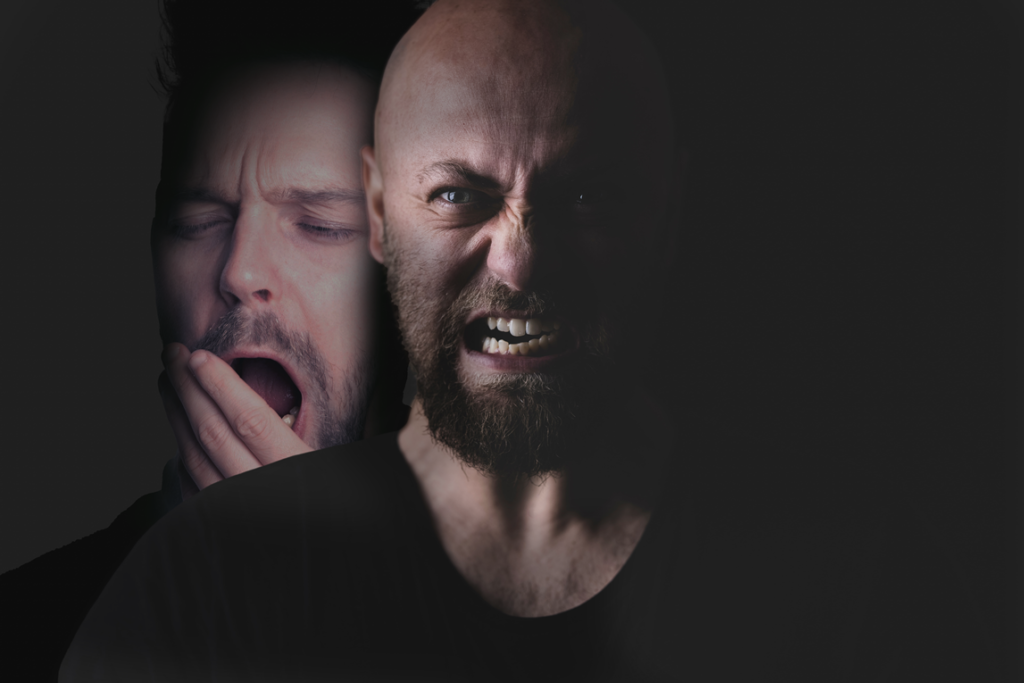 Image made by and used with permission from Sten Ritterfeld, using Photo by engin akyurt on Unsplash and Photo by Sammy Williams on Unsplash

Yes, Mütend! As you could already tell, it is a Kofferwort (n, portmanteau) of the words müde (tired) and wütend (angry). So while you’re wütend that things haven’t moved along, and that we’re still stuck in this pandemic. But you can’t be wütend for that long. At some point, frustration kicks in, and even later, you just get müde of the thing that once made you so mad. You are erschöpft (drained), so to say.

So to combine these feelings of anger, frustration and exhaustion, the word mütend came to light in Germany. Especially around the failed Osterruhe (f, Easter rest), there was a lot of outrage and annoyance at the perceived lackluster crisis management.

This pandemic is a sticky one that’s difficult to manage. And most Germans completely understand. The feeling of mütend is not necessarily felt by Corona-Leugner (m, coronavirus deniers), but by everyday Germans – the 08/15 German. It just feels like a never-ending cycle of “breakthrough” COVID measures, only to have disappointing effects.

Where does the word mütend come from?

The word isn’t too difficult to come up with, it’s a pretty simple Kofferwort. So it has existed before the Pandemie, for example to describe the prickly mood that you get when you had too little sleep. However, it really blew up this month when Doc Caro wrote a Facebook post about it, that was shared over 70.000 times overnight. Talk show host Markus Lanz also used the word time and time again on his late night talk show:

After that, several columnist also started writing about it, as for example Frida Thurm for Zeit and Veronika Wulf for Süddeutsche Zeitung.

Isn’t there a better word than mütend?

The word mütend was the Wort zum Dienstag (Word on Tuesday) on WDR 5 radio. Listen to the short segment by Jana Fischer here:

She describes how mütend is nice and well, but that it doesn’t perfectly describe the other feelings also associated with the pandemic, such as:

However, none of these words really make good Kofferwörter. So her linguistic solution instead of mütend is as the comic figure Obelix from Asterix and Obelix does when he’s completely overwhelmed with feelings:

Not as elegant, of course.

What do you think of the word mütend? Does it capture the feelings well, or is there a better Kofferwort that you can come up with? I’d love to hear from you, so please let me know in the comments below!