First a breakfast favorite in the States, then spread all over the world: Corn flakes! Created by the Kellog brothers, the light breakfast ahs seen many varieties. In the US, these are widely known as “cereal”, or “breakfast cereal”. But how do you translate that to German? Maybe you simply don’t… Here’s the curiosity of the German word die Cornflakes. 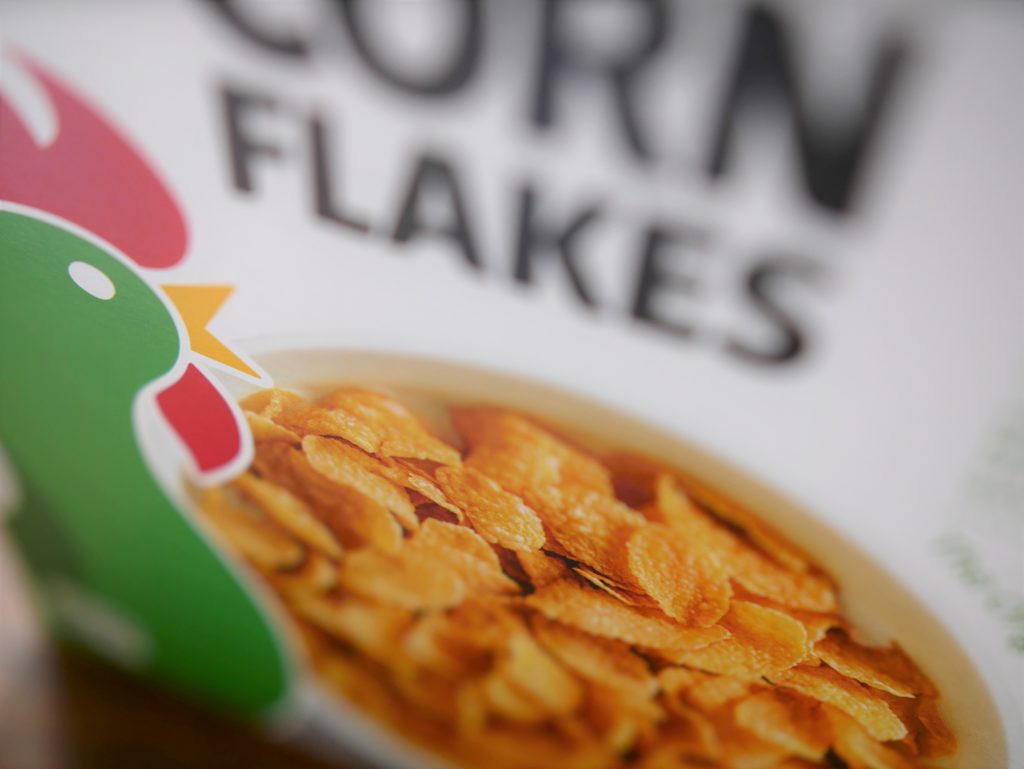 Image by the author. Reproduced with permission of Sten Ritterfeld.

So yes, the best translation for breakfast cereals is die Cornflakes. The origin is obvious – the American Kellog’s brand became famous with their breakfast cereal and exported their prime variety from Michigan to the world. That’s simply flakes made of rolled corn: Corn Flakes. You can translate that to German, and sometimes you see it as die Maisflocken – which literally means “corn flakes”.

Kellog’s brought their famed corn flakes to Germany in 1928. Soon after, they would introduce other varieties – and like the new type of breakfast, the original name of this innovative breakfast product stuck. And while Corn Flakes was the brand name, Germans don’t write compound nouns with a space in between. So Corn Flakes became Cornflakes.

There’s not really a singular for die Cornflakes. That makes sense, as you would never eat a single corn flake – at that point, it’s just die Maisflocke, or just die Flocke (flake). While Corn Flakes isn’t a trademark, it does feel like a proprietary eponym, just like Kleenex or Jell-O (or Labello, which a German brand that makes Chap Stick… I suppose we won’t get away from the eponyms!). I suppose it’s simply an anglicism.

To be fair, the word Cornflakes is definitely an informal, everyday way to say die Frühstückscerealien (breakfast cereals). So yes, we also have the word Cerealien. But no normal German would ask:

(When you go to the supermarket, can you bring me cereals?)

(When you go to the supermarket, can you bring me some cereal?

– Sure! Which do you want? Rice Krispies?

– Yes, but the one with chocolate!)

So when a German says Cornflakes, they don’t necessarily mean Maisflocken. It’s a pars pro toto for all varieties Getreideflocken (cereal flakes).

And this also isn’t limited to the official Kellog’s brand – there are of course many third-party brands that offer competing products. But many of these are similar or copies of existing Kellog’s products. So often times, the Kellog’s names are used (such as Rice Krispies) to identify the type of cereal you want.

If you really want to avoid Cornflakes, something like die Frühstücksflocken (breakfast flakes) or Reisflocken (rice flakes), Getreideflocken (cereal flakes) and Maisflocken all do the job too. For some reason, Germans just don’t say those, though. It’s all Cornflakes.

A little note on das Müsli 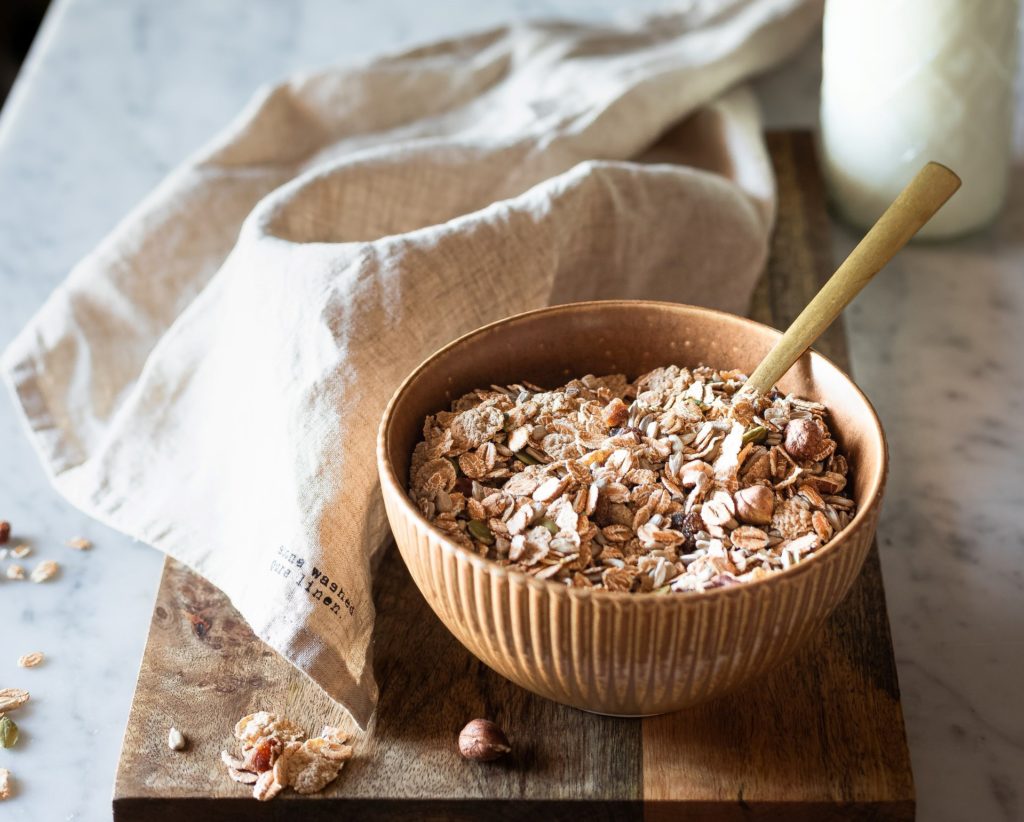 Similar to die Cornflakes, das Müsli (muesli) has existed in Germany for way longer. Even though “cereal” can refer to more than just breakfast flakes, the German word Cornflakes cannot – it really just refers to the crispy, flaky type of cereal.

When we refer to muesli cereals, we simply say das Müsli, with ingredients such as die Haferflocken (“oat flakes”, oats), die Rosinen (raisins) and the like.

What do you call Corn Flakes in your area/country? Let me know in the comments below!