German Week On The Great British Bake Off! Posted by Constanze on Nov 10, 2021 in Culture, Food, Television

You might be familiar with the TV show The Great British Bake Off (The Great British Baking Show in the US, I believe!), where a group of people compete to be crowned the nation’s best amateur baker (Baker: der Bäcker/die Bäckerin). Each week they have three baking challenges, with one person being crowned Star Baker at the end of it, and one person being sent home. Every week has a different theme on Bake Off, and last week’s theme was a first: German Week! 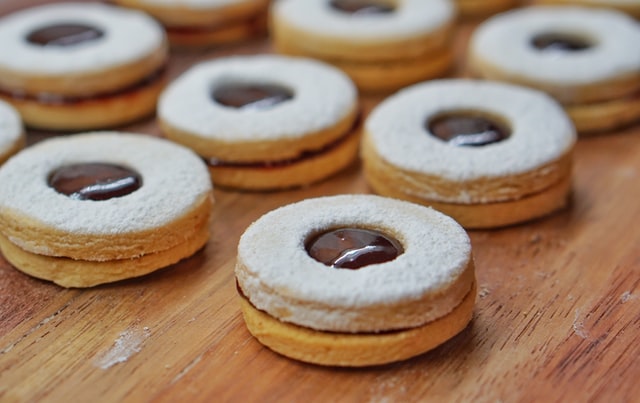 Photo by amirali mirhashemian on Unsplash

For German Week, the contestants had three challenges. The first was to create two batches of 12 German Christmas biscuits (die deutsche Weihnachtsplätzchen). These either had to be dip coated or decorated, and all the biscuits in each batch had to be identical (identisch).

There are a huge variety of German Weihnachtsplätzchen, including the Vanillekipferl, Zimtstern, Dominostein, Pfeffernuss, and Spekulatius. They are usually beautifully spiced with all the flavour of Christmas time! You can read more about them here.

Each week on The Great British Bake Off, the contestants name their bakes. Here’s what a few of the Weihnachtsplätzchen on German Week were called:

“Guiseppe’s Italian Linzer Augen Und Bethmännchen” – Bethmännchen are marzipan pastries popular in Frankfurt, while Linzer Augen (‘Linzer Eyes’ – otherwise known as Linzer Cookies) are shortbread bakes in the shape of hearts and stars, and filled with jam. They are native to Linz, Austria.

“Crystelle’s Engelsaugen And Pistachio Heidesand Biscuits” – Engelsaugen means ‘Angels’ eyes’. These are similar in appearance to the Linzer Augen, but rounder and more ball-like. Heidesand biscuits are a type of German shortbread, named after the Lüneburger Heide, a region in northern Germany. 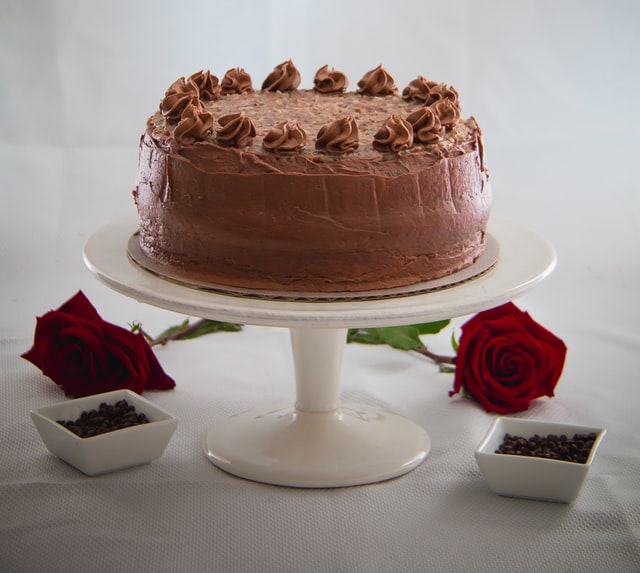 I couldn’t find an exact photo, but a Prinzregententorte looks a lot like this! Photo by Logan Clark on Unsplash

The second challenge was to bake a Prinzregententorte – ‘Prince Regent Cake’. This cake was originally created in honour of Luitpold, who was prince regent of Bavaria in 1886. The Prinzregententorte traditionally has eight layers (layers: die Schichten) of sponge, with chocolate buttercream on either side, and is coated in dark chocolate.

The bakers had some trouble with this technical challenge, as it was so hot in the tent that their cakes kept melting (to melt: schmelzen)! 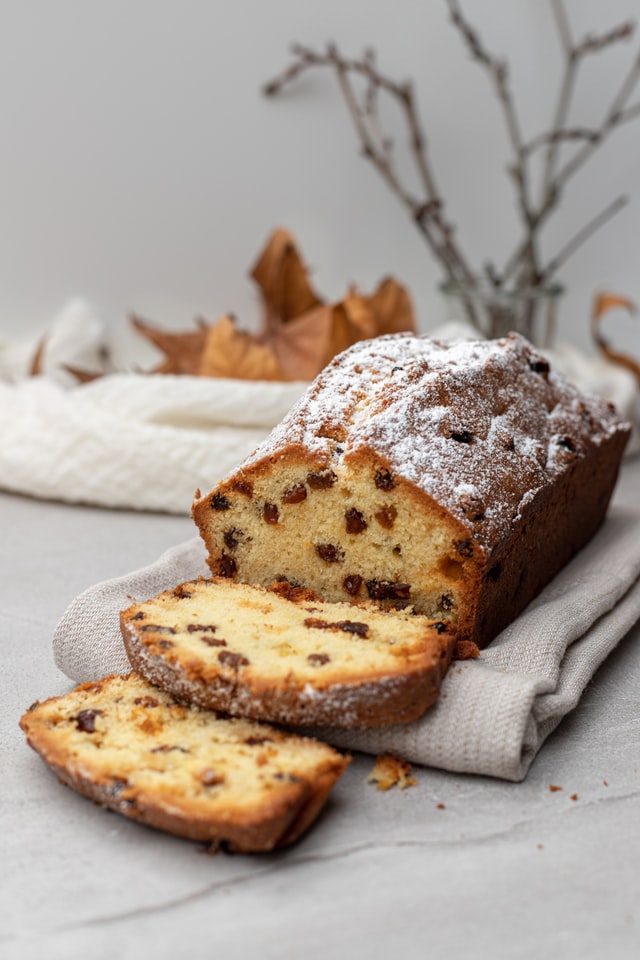 Photo by Yulia Khlebnikova on Unsplash

The final challenge was the Showstopper. The contestants had to make a ‘Spectacular Yeast Leavened Cake’ with a minimum of 2 tiers, inspired by German Yeast Cake (der Hefekuchen).

Hefekuchen go by all sorts of different names, such as Apfel-Hefekuchen (apple yeast cake), or Hefekuchen mit Schoko und Banane (yeast cake with chocolate and banana). The Gugelhupf,  Stollen, Zwetschgenkuchen and Schmandkuchen are also types of Hefekuchen.

This challenge was anglicised slightly; as German contestant Jürgen pointed out, a traditional German yeast cake would only be one tier, not two! 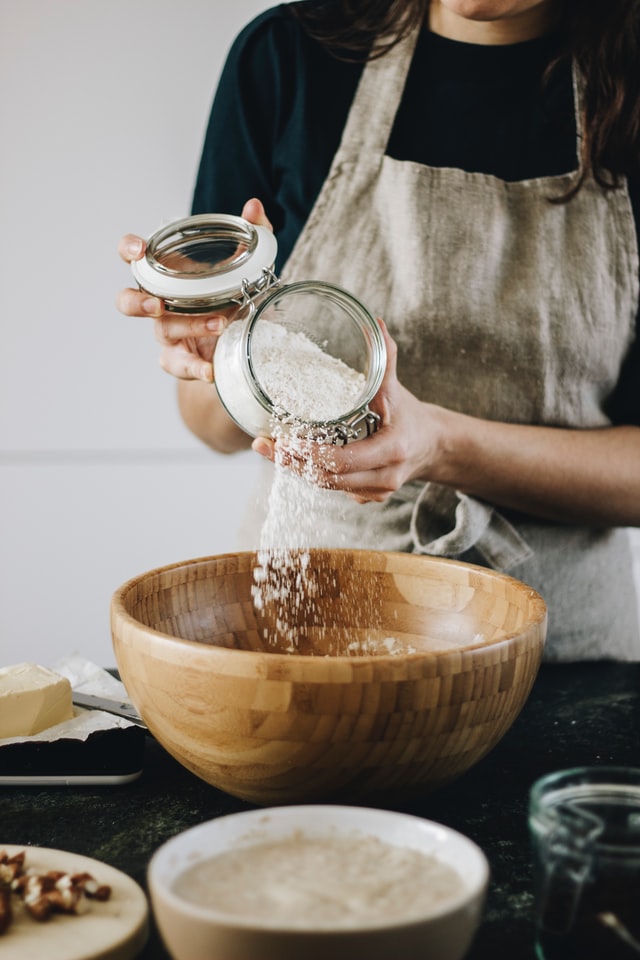 Naturally, along with this episode came some tension! First of all, because there is a German contestant (Jürgen) on this year’s series, some viewers believed this week put him at an unfair advantage. However, although Jürgen did very well, it was Italian baker Guiseppe who won Star Baker!

The episode was also criticised by some for its opening scene where presenters Matt Lucas and Noel Fielding dressed as German band Kraftwerk and put on German accents. Some said this was beleidigend (offensive/insulting).

Germany has its own version of The Great British Bakeoff called Das große Backen (‘The Great Bake’). One notable episode from 2017 sees the contestants making a cake inspired by the book ‘Fifty Shades of Grey’. You can watch and listen to a clip from that episode here: